New technology to hear vibrations through the skull bone has been developed at Chalmers University of Technology, Göteborg, Sweeden, according to a statement released by the university. Besides investigating the function of a new implantable bone conduction hearing aid, Sabine Reinfeldt has studied the sensitivity for bone conducted sound, and also examined the possibilities for a two-way communication system that is using bone conduction in noisy environments. Reinfeldt is a doctoral student in the division of Biomedical Engineering, Signals, and Systems.

A new Bone Conduction Implant (BCI) hearing system was investigated by Sabine Reinfeldt, who said in the statement that this hearing aid does not require a permanent skin penetration, in contrast to the bone-anchored hearing aids (BAHAs) used today. Measurements showed that the new BCI hearing system can be a realistic alternative to the BAHA, the statement says.

Sound is normally perceived through air conduction (AC), which means that the sound waves in the air enter the ear-canal and are transmitted to the cochlea in the inner ear, according to the university, which notes that sound can also be perceived via bone conduction (BC). Vibrations are then transmitted to the cochleae through the skull bone from either one’s own voice, the surrounding sound field, or a BC transducer, says the university.

In two-way communication systems, BC is believed to improve the sound quality when used in extremely noisy environments, which require hearing protection devices in the ear canals, according to the university.

Several studies were performed to investigate the possibilities for a BC communication system and to increase the general knowledge of BC sound perception, says the university.

The low-frequency increase in perceived BC sound when wearing ear plugs and/or ear muffs is called the occlusion effect, which was studied by different methods—and it was found that it is lower for deeper insertion of ear plugs and for larger ear muffs, and that it varies for different stimulations, says the university.

The difference in sensitivity of the BC and AC parts of one’s own voice was estimated, showing that the BC component dominated for most sounds between 1 and 2 kHz, according to the university. To be able to measure the BC component of a person’s own voice, a large ear muff was developed to attenuate the AC sound and to minimize the occlusion effect.

The study also showed that the sensitivity difference between the BC and AC parts of one’s own voice were different for different kinds of sounds, depending on where in the mouth the sound is produced and on the influence from the vocal cords, the university says.

Also estimated was the difference in sensitivity between BC and AC sound from a surrounding sound field, demonstrating that the BC part was 40 to 60 dB lower than the AC part, according to the university. This measure gives the maximum attenuation achievable with ordinary hearing protection devices, such as ear plugs and ear muffs. It also shows the possible noise reduction from the surrounding noise by using a BC microphone, instead of an ordinary AC microphone in front of the mouth, to record one’s own voice in a noisy environment.

Moreover, the amount of BC sound reaching the cochleae from different positions of the skull bone was examined with the conclusion that relative BC hearing can be estimated from ear canal sound pressure and cochlear vibrations, says the university.

The thesis, Bone Conduction Hearing in Human Communication—Sensitivity, Transmission, and Applications, was defended in public on June 5. 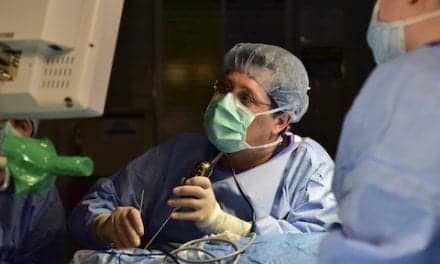 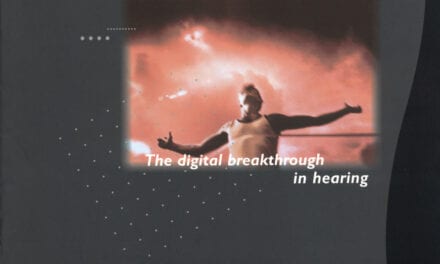