Measured real-ear aided response (REAR) value in 41 adults were significantly different from those predicted by manufacturer fitting software for most of the audiometric frequencies. Few REAR values (<12%) were judged to be clinically similar to software-predicted values, and REAR discrepancies were greater for male ears than female ears. The study suggests that dispensing professionals should conduct their own individual real-ear measures in adult hearing aid fittings until manufacturer software is shown to predict real-ear values with greater accuracy.

Real-ear probe microphone equipment has been commercially available to hearing aid dispensing practices in America for more than 15 years and is used to determine if measured hearing aid performance in the ear matches prescribed performance.1 Some have questioned if real-ear measures are still necessary when fitting digitally programmable analog or digital signal processing (DSP) hearing aids.1-2 Actually measuring real-ear aided responses may be an unnecessary use of clinical time because manufacturers’ proprietary software used to program hearing aids provides an estimation of real-ear hearing aid responses associated with a fitting algorithm.

Results were used to evaluate the appropriateness of using predicted versus actual REAR measures in adult hearing aid fitting.

Subjects. Participants were 17 men and 24 women with a mean age of 28.7 years (range 19-55 years). Exclusion criteria included the presence of outer ear anomaly, middle ear system pathology, or cerumen such that probe-microphone measures could not be made. Data was obtained from up to 79 ears depending on the measure.

Hearing instrument and program settings. The hearing instruments used were two nine-channel DSP BTE hearing aids of the same model. These aids were programmed using the most recent version of the manufacturer’s proprietary software in NOAH 3.0 platform software. A Madsen Real-Ear Measures module (version 2.41) was used for hearing aid testing.4

Two different hearing loss configurations were entered into the NOAH client module. The first was a flat, mild sensorineural hearing loss and the second was a sloping mild to moderately severe hearing loss (Table 1). The features selected for both hearing aids in the software included the following characteristics: #13 tubing with no venting, omnidirectional microphone, expansion off, and noise reduction off. These characteristics matched those of the bent-tube foam insert used to couple the hearing aids to subjects’ ears and allowed accurate REAR measures to be made.5

For all real-ear testing, the participant was seated one meter from the real-ear soundfield speaker, in the approximate center of the test booth, at least four feet from each wall. All real-ear measures were obtained using a Madsen Electronics headset. This headset was placed on the participant and the probe tube was inserted into the ear canal to a depth of 28 mm medial to the tragus.6 Stimuli and presentation levels used during real-ear measures were the same as those selected in the manufacturer’s software when the predicted REAR values were provided, and the same as those used originally to generate the average transformations used by the software.

Actual REAR values were obtained using the two BTE hearing aids. Each hearing aid was coupled to a bent tube foam insert. When placed in the ear, the foam tip was allowed to completely expand before testing continued. First a 50 dB SPL and then a 90 dB SPL FFT speech weighted noise of four seconds duration were presented. The resulting REAR values were recorded using both hearing aids in the ears in which real-ear measures could be obtained. The REAR values for all ears tested in the four conditions were recorded.

Descriptive statistics. Otoscopy showed that ear canals were unoccluded in 68 of the 79 ears tested. Minimal cerumen was present in 11 ears; however, the ability to obtain real-ear measures in these ears was not effected. An intact and healthy appearing tympanic membrane was observed in all 79 ears. A Type A configuration was found in 74 of 78 ears; Type AD was found in 2 ears; and Types AS and C were each recorded in one ear only. A tympanogram was not recorded in one subject due to an inability to maintain a hermetic seal.

Mean, SD, and range of ear canal volume (ECV), middle ear pressure (MEP), and static admittance (SA) for male, female, and all subjects were determined. These mean results were within normal limits.7 The mean and standard deviation of the measured REAR values by gender in the four test conditions were determined. The REAR values predicted by the manufacturer’s software were subtracted from each ear’s measured REAR values to produce a difference curve for each ear. The mean difference curves found for male and female subjects in the four test conditions are shown in Figures 1 and 2.

Statistical Analysis. A repeated-measures Analysis of Variance (ANOVA) was conducted to evaluate the effect of ear on measured REAR values to determine if data could be collapsed across ears during subsequent analyses. Results included a non-significant Ear main effect, F(1, 29)=1.439, p=.240, which indicated that measured REAR values were not significantly different for the left and right ears. Therefore, remaining analyses were conducted using data collapsed across ears.

A two-way mixed repeated-measures ANOVA was conducted to evaluate the effect of Gender on measured REAR values to determine if data could be collapsed across genders during subsequent analyses. Multivariate tests were conducted and showed that the Frequency x Gender interaction effect was significant [Wilkes’s Ï=.761, F(7,55)=2.469, p=.02]; the partial eta squared value (.239) denoted a mild relationship between Frequency and Gender while the observed power (.828) was high. The between-subjects effect for Gender was significant [F(1, 61)=11.202, p=.001] with a small effect size (partial eta squared= .155) and a high observed power (.909).

In other words, the ability of the hearing aid fitting software to predict REAR values was poor (as defined here) in 88%-98% of the ears tested, depending on the measurement condition.

Overall the results of this study indicate that—for the hearing aid model, hearing loss configurations, and input levels used here—the REAR values predicted by the manufacturer’s fitting software were inaccurate for almost all subjects. The difference between actual and predicted REAR values was greater for males than females. In order to determine if this difference was due to immittance characteristics associated with gender, an ad hoc one-way ANOVA in which gender was the between-groups factor was conducted. Results of this analysis showed a significant difference between male and female subjects for ear canal volume (ECV) only [F(2, 76)=33.114, p=.000] with greater ECV for males than females.

The poor predictability of measured REAR values could have been due to a number of factors. First, the transforms used by manufacturer’s software in order to generate estimates of hearing aid performance in the ear may be inappropriate.1 Second, the use of average Real-Ear to Coupler Difference (RECD) values may effect the hearing aid output predicted in the ear if a hearing aid user’s individual RECD differs from the average RECD used by the software.8-9 Use of average RECD values to predict SPL in the ear will be most useful when the test ear has characteristics similar to those found among subjects used when the average transformations were determined.

Therefore, it is reasonable to measure individual RECD values in the process of hearing aid fitting, at least until the dispensing professional has verified that a given patient’s measured values are consistent with the average RECD used by the fitting software.10-11

The discrepancy between predicted and measured REAR values found here suggests that reliance on manufacturer-estimated REAR values—at least for the manufacturer whose technology was used here—is clinically inappropriate, more so for males than females. More studies are needed to determine the predictive accuracy of software used by other hearing aid manufacturers.

If the results found here hold for other manufacturers, and if, as reported, few dispensing professionals routinely use real-ear measures to verify hearing aid fitting, reliance on inaccurate software predictions of real-ear hearing aid performance may partially account for the low satisfaction rates reported by hearing aid users.12-13 That is, results showed that the fitting software typically underestimated hearing aid output in the ear. Insufficient amplification of lower level inputs in hearing aids with automatic volume control could cause hearing aid users to be chronically under-amplified.

Results also showed that over-amplification occurred in many ears when a 90 dB SPL input was used which may contribute to why users continue to claim that hearing aids are too loud.13

Dispensing professionals have the option of fitting hearing aids using REAR values predicted by manufacturers’ fitting software, rather than by using actual measured REARs. This study examined how well one manufacturer’s software was able to predict REARs for a DSP BTE product in 41 adults (N=79 ears) under four conditions (two hearing loss configurations and two inputs). Results showed that, for all ears tested, measured REAR values were significantly different from predicted for most of the audiometric frequencies for all four test conditions. Discrepancies between measured and predicted REAR values were greater in male ears than female ears. Few ears’ REAR values (<12%) were judged to be clinically similar to predicted values.

It should be noted that we looked at only one manufacturer’s fitting software; additional studies are needed to determine the predictive accuracy of other software systems. It will also be useful to determine how other manufacturers predict real-ear hearing aid performance and how relevant individual transformations (such as RECD and real-ear-to-dial-difference), measures (real-ear unaided response), and microphone location effects influence the accuracy of predicted real-ear responses.

The authors gratefully acknowledge the assistance provided by the developers of the software and technology used in this study, as well as the editor and publisher of the International Journal of Audiology in which a more detailed version of this study appears.3 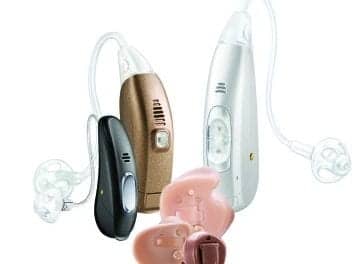 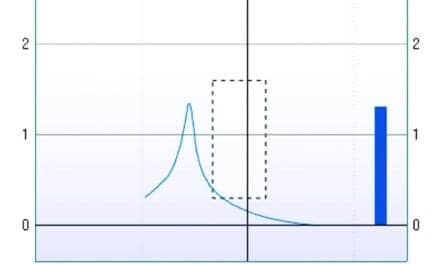