A recent accord between Danish companies, William Demant Holding Group, and Sonion, will transition certain William Demant-owned operations to a site in Poland that formerly housed Sonion’s hearing instrument component production. Sonion is moving the operation to Vietnam and is scheduled to complete the transition in 2009.

The pullout from the Mierzyn, Poland, facility was announced by Sonion May 9, the same day William Demant reported to Forbes.com it anticipated a stock increase of up to 23 percent for shares on prospects of favorable Danish corportate taxes.

In a news release from Sonion, the company called its Mierzyn workforce “highy skilled” and stated it had worked to find a buyer for its building properties that could also make use of its pool of trained employees. The decision to move the production operation to its new location outside Ho Chi Minh City was made, in part, to “secure cost leadership,” according to Sonion.

“Seeing how our Polish organization has performed with loyalty, professionalism and continued dedication to both quality and efficiency has further spurred us to find a suitable arrangement for our employees in Poland,” Peter U. Scheel, Sonion chief executive officer, said.

“With Demant taking over our idle productioin facilities, we believe that we have succeeded in bringing about a solution that benefits all parties involved, including the local community,” Scheel added.

The Forbes.com article quoted a William Demant source that said the core of the company’s Australian production facility for Behind-The-Ear hearing instruments would be relocated to the newly-purchased properties in Mierzyn.

According to the source at William Demant, cash flow for the company following the purchase announcement remained high. 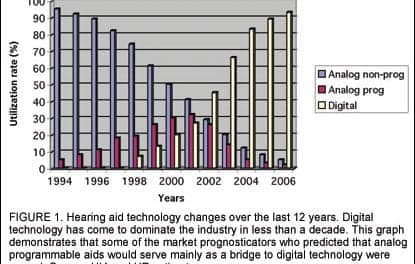