“We received many nominations recognizing many deserving professionals for this year’s award,” said Dr Cheryl DeConde Johnson, honorary chair of the award selection committee. “Frankie, in particular, received numerous nominations from her peers for her tireless passion in championing FM amplification in the Maryland school system. We applaud her unending dedication and enthusiasm for the profession of audiology, are privileged to have her as a peer, and delighted to acknowledge her outstanding contribution.”

Mickelson began her career in 1972 as coordinator for audiological services in the Prince George’s County School System in Maryland, the 16th largest school system in the nation with 129,000 students and the Children’s Hospital’s Hearing and Speech Center, Washington. During this time, she created The Model Audiology Program, published by the Prince George’s County School System. The booklet outlined a new Audiology protocol for delivering services to deaf and hard-of-hearing students in the school district.

Mickelson created the Sound Field Initiative and had more than 800 kindergarten and first grade classrooms in the Prince George’s County Public Schools outfitted with Sound Field Systems to allow the students in those classrooms to hear the teacher in every part of the classroom. It was an initiative that helped acoustic access to general education students as well as those with hearing losses, and aided in reducing vocal stress for the teacher

Over the years, she has traveled extensively throughout Maryland demonstrating the critical importance of FM amplification, training other educators of the deaf on the use of FM equipment, fitting students with FM in the classroom, writing proposals for new equipment and counseling parents on its use. Mickelson created the annual Audiology Seminar for Educational Audiologists in Maryland, now marking its 12th consecutive year.

In addition, she has written multiple articles and guides throughout the years and been featured in newspaper articles explaining FM technology and its impact on school-aged children. Marking her 40th professional year, Mickelson continues to institute the latest innovations in FM amplification and advocate the importance of getting hearing-impaired students “on the air.”

Mickelson attended Boston University and graduated with special honors from The George Washington University with a bachelor of arts degree in speech pathology and audiology. She received her master’s degree from The Ohio University and her doctorate in audiology from the Arizona School of Heath Sciences at AT Still University.

In 2007, Phonak LLC introduced the award to honor US educational and pediatric audiologists for their outstanding work and commitment to advocate and improve communication as well as academic outcomes of children.

The award is named for Cheryl DeConde Johnson, EdD, FAAA, the first hearing health professional to receive the award for her many years working as an educational audiologist and deaf educator, including 15 years successfully directing the audiology and deaf education programs for the state of Colorado.

Along with honorary chairperson Cheryl DeConde Johnson, the award selection committee includes Cathy Jones, Eric Timm, Pat Henry, Rose Bongiovanni, Chas Kuratko, Christine Jones, Evert Dijkstra, and Hans Mulder, all of whom are with Phonak. The award includes a trip to Phonak world headquarters in Switzerland to meet with management and engineers responsible for the development of next-generation wireless technology. 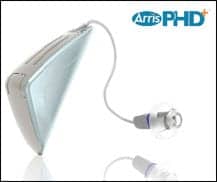