A fully implantable hearing aid now in clinical trials may hit the trifecta among consumers who resist hearing instruments that historically have been vulnerable to water, difficult to sleep in and can carry a negative social stigma.

The new device is invisible, waterproof and fully contained inside the user’s head.

Developed by Otologics, of Boulder, Colo, the device picks up sound with a microphone implanted underneath the skin behind the user’s ear. The signal is processed by electronics and sent to a tiny vibrating piston implanted against the small bones in the middle ear. The bones transmit the vibrations to the inner ear, which encodes them as nerve impulses and sends the information to the brain.

"You can have a more normal life," Otologics’s CEO José Bedoya, says. "You can be exposed to environments in which hearing aids have difficulty operating properly." He also suggests that implantation creates a psychological bond with the device that is life enhancing. "Individuals implanted with the system have said that it becomes a part of you–there’s a greater sense of security."

The device is powered by a battery that is recharged when the user places a small radio transmitter against the head for 60 to 90 minutes. The transmitter is held to the skin by a magnet in the implant. An inductive coil in the implant converts the radio energy to electricity and recharges the battery with it. The battery can stay inside the body for at least 5 years, according to the company, before it needs to be replaced. The implanted components are hermetically sealed together to protect against leaks, so the electronics, microphone, and inductive coil are replaced as well. However, the piston in the middle ear remains in place.

The results of a phase I clinical trial of the hearing aid were reported in the August 2007 issue of Otolaryngology–Head and Neck Surgery. Twenty subjects with moderate to severe hearing loss were implanted in one ear. (Seventeen of the subjects had worn conventional hearing aids prior to the study.) The subjects did somewhat worse than with the hearing aid they had previously worn: their ability to hear a range of single-frequency tones dropped between 5 and 12 decibels, and mean word-recognition scores dropped from the low 80 percent range to the high 60 percent range.

On the other hand, a satisfaction survey found that the subjects felt that the device not only improved their hearing, but also sounded more natural than their old hearing aid. The authors of the study speculated that new processing algorithms would improve the test results. Otologics has indicated that it is already working on this.

A key challenge in developing a fully implantable hearing aid is designing a microphone that will work effectively under the skin. Bedoya notes that the properties of human skin change throughout the day with the user’s hydration levels and other factors, and he hinted that the company is developing technology to detect those changes and adjust to them. He also points out that the location of the microphone behind the ear is an important factor that can be fine-tuned.

Outside experts see significant progress being made in implantable microphone design. Joseph Roberson, an ear surgeon and the CEO of the California Ear Institute, in Palo Alto, CA, says, "I listened to a good-fidelity musical signal received by an implantable microphone positioned under half an inch of raw steak." The functional outcome of the Otologics device, he says, is "roughly equivalent to existing visible external technology."

But critics question whether Otologics can match the performance of conventional hearing aids, and they ask whether the new device is worth the surgical risk and the cost ($19,000 in Europe, excluding the cost of the surgery, versus $6,000 for a high-end conventional aid; the device is available in Europe but still in clinical trials in the United States). Gerald Loeb, a professor of biomedical engineering at the University of Southern California, argues that implanted hearing aids should outperform conventional ones before they can be considered worth the extra cost and risk. He also questions the emphasis on making an invisible device: "How big an issue is it to have a little appliance on your ear when the whole world is walking around with cell-phone headsets and iPod earpieces?"

Nonetheless, the phase I study concluded that the Otologics device "serves as a viable treatment alternative for moderate to severe sensorineural hearing loss." Bedoya says that the company is addressing the problems found by the study and preparing for phase II trials. 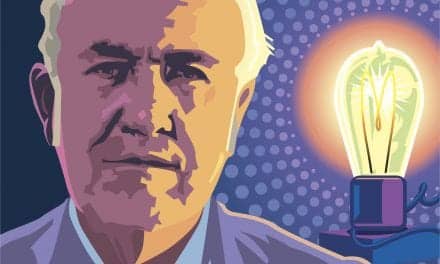