The word “rehabilitation” is used, often loosely, throughout the entire health and social sciences disciplines. Rehabilitation has vastly different connotations and evokes a wide range of images—from post-stroke victims striving to regain their speech to people using support groups to help solve their chemical dependency problems.

What exactly does rehabilitation mean? Various sources explain it as restoration following disease and restoring ability and reputation.1-2 In the dictionary, we find that the verb, rehabilitate, is actually a “re-doing” word, with the verb “habilitate” from the Latin word “habilitatus,” meaning “aptness, ability” or the act of acquiring or developing abilities.

This article, the first in a three-part series, provides a brief description of two models of rehabilitation. It reviews the medically oriented “reductionist” model and compares it to the “open systems” model, with discussion of the treatment process. Lastly, an overview of a comprehensive model developed and used by occupational therapists will be explained. Part 2 of this article (appearing in a future issue of HR) will clarify the use of the models with the application of treatment for a traumatic amputation and will then discuss how these models can apply to aural rehabilitation.

Fig. 1. The Reductionist Model. envisions humans in various environments as a series of discreet parts, and these parts can be dissected and analyzed independently from each other.

It is all too easy to follow the reductionist model: performing the patient assessment based on physical signs and symptoms, making the diagnosis, prescribing treatment and discharging the patient once the physical signs of disease or impairment have been reduced. If humans were that easy to fix, we would not need the plethora of allied health care fields in medicine. Unlike machines, people are not completely self-contained, but are affected by everything they see, hear, touch, smell, taste and feel. In short, they function as open systems.9-12

The Open Systems Model
An open system (Fig. 3) interacts with its environment and is an excellent way of thinking about the human being.9-12 Another example of an open system is a large corporation. Each person, department and object (e.g., the photocopying machine) plays a specific role. How that role is performed has an effect on other people within the corporate structure. When a person, department or object fails to perform adequately, the goals of the corporation are delayed or arrested.

During the 1980’s, an occupational therapist, Gary Keilhofner, PhD, was instrumental in developing a comprehensive model for the field of occupational therapy: the Model of Human Occupation (MOHO). It is based on the open system and provides a systematic way of analyzing the interaction of the system (i.e., a human) with the environment.10-11

This model is complex when taken in its entirety and is fairly specific to the field of occupational therapy, but many basic aspects of the model can be transplanted and used successfully by other health care disciplines.

Overview of MOHO
Central to the Model of Human Occupation is the Internal Portion of the model. It consists of three hierarchically arranged subsystems:
1) Volition Subsystem: This is concerned with one’s values, interests and beliefs. It is the highest level of the subsystems. Note that this subsystem, along with the next, is not found within the reductionist model.
2) Habituation Subsystem: This is concerned with one’s roles, habits and the way a person sees him/herself.
3) Performance Subsystem: This is the most primitive, lowest level of the subsystems. It consists of one’s physical ability to perform using three underlying components: Symbolic; Neurological, and Musculoskeletal.

The open system in MOHO interacts with the environment via four mechanisms:
1. Intake: This is the reception of information from the environment. It contains a negative/positive filter.
2. Throughput: This takes the information received by the individual through the internal systems outlined above.
3. Output: The individual’s behavior which is based on his/her judgment of the summarized information resulting from throughput.
4. Feedback: Here one is informed about the consequences of his/her action.

A person’s ability to adapt to the environment depends on intake and feedback. He/she can stay the same, regress or go forwards depending on the positive or negative functioning of the internal subsystems and their ability to change.10

In order to understand this model more clearly, let’s take the example of an A-student in high school named Paul. The output activity that we will analyze is his taking of an exam.

Fig. 4. Diagram of the Model of Human Occupation (MOHO).

Paul comes from a fully functional middle-class home. He has developed what we would see as a healthy Volitional Subsystem. He has a clear perception of his future, what he needs to accomplish and has a commitment to performing at a certain level to achieve his goals. Even at this young age, Paul has an Habituation Subsystem. He has developed certain roles in life that are required in order to occupy a position within his social circle: he is a son, a brother and a student. Other roles (e.g., Eagle Scout) arise from his extended family, extra-curricular, spiritual and cultural activities and interests. He has developed the ability to organize himself into socially appropriate habits. He is flexible enough to change routines to accommodate unusual events. Paul’s Performance Subsystem is healthy. He has developed all the skills required to function in his present roles. He can problem solve and communicate. Both neurological and musculoskeletal systems are intact.

Paul studies for the exam, but because of an interruption to his normal routine he does not complete his self-imposed study hours. He takes the exam and receives an A grade (Output). His teachers, friends and family congratulate him (Feedback). But Paul is not happy with the result and his downcast expressions and behavior mirror this emotion (Output). Why is Paul behaving like this? Because the values and beliefs he has developed (Volition) have motivated him to accept nothing less than an A+ grade. A temporary glitch in his study habits (Habituation) created a weakness in his Output. His Volitional Subsystem was able to over-ride the positive feedback given to him by those around him (Environment) and take in only negative information (Intake).

Because Paul is relatively healthy, he will readjust his Habituation sub-system to ensure that he undertakes enough study to reach his A+ goal without intervention from his teachers or parents. Part Two of this article discusses how these models may be applied to someone with a physical disability with differing results. 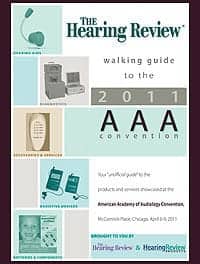 A Marriage of Quality and Service