Part 3: Audiovestibular Migraine: What Audiologists and ENTs Need to Know in 2022 for Expanding Patient Care 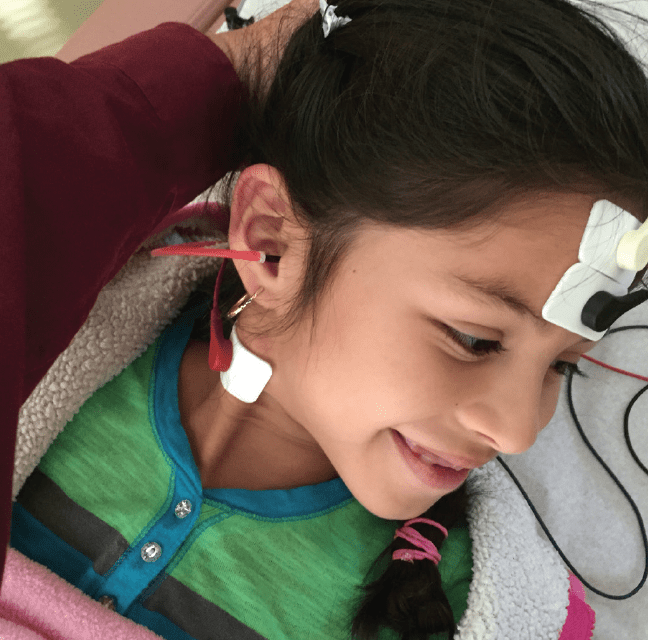 Millions of patients needlessly go without proper diagnosis and treatment each year. It is the authors’ hope that readers will become more interested in this topic and seek education and training in this often-perplexing condition.

Individuals suffering from migraine, the all-too-common genetic neurological condition affecting millions of children and adults may present with a wide array of symptoms and physical manifestations. These occur throughout the entire lifecycle and may include a diverse collection of presentations. The abnormal findings and presentations may be perplexing to the clinician, as aspects often mimic acute or chronic peripheral or central vestibular conditions, yet just don’t quite fit. This third installment of the 3-part series article will provide an overview of three of the more common non-headache type presentations affecting both children and adults.

BPV of infancy/childhood, not to be confused with benign paroxysmal positional vertigo (BPPV) is the most common form of pediatric dizziness, accounting for at least 35% of all cases.

It is classified as one of the six subtypes of migraine by the International Headache Society.1 Basser coined the name in 1964 to describe brief bouts of vertigo, nausea, vomiting, and change in pallor.2 Onset usually occurs between ages 1 and 4, and it will usually disappear in children by age 5 or 6. There are no lingering effects between episodes, and all radiographic and EEG tests are unremarkable.  The exception is a torticollis, which is a contraction of the sternocleidomastoid muscle resulting in a lateral neck flexion. This does not recover after the episode and requires physical therapy comprised of massage and stretching to release the muscle contraction.

BPV of infancy/childhood is really a diagnosis of exclusion, but because of its genetics more of the biological parents are likely migraineurs. It is estimated that as many as 50% of these children will become migraineurs by puberty. Benign paroxysmal vertigo of infancy is defined as recurrent with at least five occurrences, which resolve spontaneously or within hours. Pediatric neurologists are reporting successful management with both abortive and prophylactic pharmacologic treatments; however, they do not, typically recommend pharmacological management in infants under two years of age.3

A 14-month-old female. Unremarkable pre-peri-post birth history. Normal developmental and motor milestones. No otologic or auditory history. Two older siblings (3-year-old brother and 6-year-old sister), both with unremarkable histories, but the older sister is highly motion intolerant (car sickness), onset at 3 years of age. Mother, maternal aunt, and grandmother with positive migraine history. Referred to AIB by pediatric ENT for acute onset. Brief 5 min-7-minute episodes of ataxia, staggering, nausea with emesis, and observance and recording with a smartphone of nystagmus by parents. The child shakes it off after 15 minutes or so and can then return to normal activities. No residual effects between the episodes. No torticollis accompanied any episode. All audiologic testing at ENT office-WNL.

Behavioral and electrophysiologic testing and protocols selected are child-directed and age-appropriate:

BPV of Infancy is a diagnosis of exclusion. This child had no remarkable vestibular findings. Most importantly, motor milestones, VEMP, and vHIT tests were all well within normal, suggesting that the episodes had not affected the peripheral or central vestibular mechanisms. The child will be followed by a pediatric ENT and neurologist. The age of the child precludes the use of pharmacology and is mostly parent education.

Benign Paroxysmal Positional Vertigo (BPPV) is the most common cause of vertigo. Therefore, it is often overlooked that there are several neurological conditions that also cause positional vertigo and nystagmus. Migrainous Positional Vertigo (MPV) is a neurologically based condition, most often seen in post-menopausal females with a history of migraine. Complicating proper diagnosis and treatment is that individuals with migraine do have a three-to-four-fold incidence of BPPV.

Patients will typically be referred for BPPV, because of the positional activation, but then they are labeled as “non-classical” or “atypical” as the patterns of nystagmus and lack of fatigability do not match the associated with BPPV involvement of any of the semicircular canals. With the typical success of canalith repositioning maneuvers (CRM) at 97% or higher, the inability of the clinician to be able to “clear” the patient after multiple treatments and they should raise the possibility of MPV. Table 1 provides a list of criteria for probably MPV offered originally by Neuhauser et al.4

The question is, if this isn’t related to a gravity positioning of otoconia with the semicircular canals, what is the cause? Von Brevern et al5 have opined that migraine events such as vasoconstriction and spreading depression can involve cortical and brainstem structures that process vestibular signals. This suggests that the MPV results from dysfunction of inhibitory fibers from the vestibulocerebellar nodulus and uvula to the vestibular nuclei.

A 64-year-old post-menopausal female with a lifelong history of migraine with aura and headache. Migraine headaches are much less post-menopause, but the onset of present symptoms began with a weeklong episode of headache and vertigo, which did resolve. Symptoms of positional vertigo, worse on the left side, but present when lying on both sides began within days after the initial event. The patient reports it does not stop unless she moves out of the position. She had been referred by PCP to physical therapy for likely diagnosis of BPPV and canalith repositioning. Multiple treatments did not reduce or eliminate nystagmus and vertigo. When the therapist saw the nystagmus pattern did not follow classic posterior, horizontal or anterior canal BPPV, she referred the patient to AIB.

As long ago as 1870, medical practitioners were reporting cases of patients presenting with odd sensations of internal movement as well as difficulty navigating within the dynamic world. Often the symptoms were a sensation of motion when holding perfectly still as well as being highly proven by visual stimulation. This could be busy street traffic, driving over a suspension bridge, or trees blowing on a windy day. The sensation could be debilitating to the point that the individual had to withdraw or completely remove themselves from the environment or activity.

Recently, a new term has gained acceptance as a spectrum of these complaints ranging from mild to completely debilitating. Persistent Postural-Perceptual Dizziness (PPPD) is described as a functional vestibular disorder in which patients experience long-lasting sensations of motion, dizziness, and unsteadiness. While it was first officially defined in 2015 in the International Classification of Diseases, this condition along with other psychogenic etiologies of dizziness has been described for decades. Previous labels used to describe what is now PPPD include chronic subjective dizziness (CSD), phobic postural vertigo (PPV), space-motion discomfort, and visual vertigo. PPPD typically results from maladaptation to an inciting event which may be otologic (eg, vestibular neuritis, BPPV) neurologic (eg, stroke, migraine, head injury), or psychologic (eg, panic attack, anxiety) in origin. Following an event that involves vestibular symptoms, the patient experiences impairments that persist for months and well beyond physiological recovery from the event. It is important to understand the functional nature of PPPD, and that it is seen almost exclusively in patients with a history of underlying psychological conditions such as panic, anxiety, or depression. Gold standard treatment protocols for PPPD consist of a combination of vestibular rehabilitation therapy, cognitive behavioral therapy, and pharmacotherapy (SSRI and SNRI). Table 2 shows the International Classification of Vestibular Disorders diagnostic criteria for persistent postural perceptual dizziness.

Of particular interest for this series of articles is the association between migraine and PPPD.6 Multiple studies have demonstrated this relationship7,8 with the prevalence of migraine found to be as high as 53% in a PPPD population, as compared to 8% to 13% in the general population. Migraine and PPPD share many clinical features and the underlying pathophysiologic mechanisms believed to be involved in both conditions are thought to be overlapping. For example, it is well known that certain triggers such as anxiety, stress, or hormonal changes may potentiate migraine and that migraineurs often have sensitivity to certain sensory stimuli (e.g., complex visual stimulus, motion, sounds). These same triggers and sensory stimuli often provoke or exacerbate the symptoms associated with PPPD. Additionally, the literature as well as our clinical experience both support female predominance in both migraine and PPPD patients. Finally, migraine and PPPD are both known to be associated with anxiety, depression, and other psychologic comorbidities.

Given the relationship and proposed shared mechanisms between PPPD, migraine, and psychologic disorders, optimal treatment of patients with established PPPD should aim first to manage and stabilize migraines and psychologic contributors. For migraine, this may include lifestyle modifications, trigger identification, and removal, management of any hormonal imbalance, and/or prophylactic medication. To address underlying psychological disorders patients may benefit from cognitive behavioral therapy and medication (e.g., SSRI). In addition to medical intervention, vestibular rehabilitation therapy (VRT) is the gold standard modality of treatment to address any acquired vestibular recruitment, motion sensitivity, oscillopsia, or head or body movement-provoked complaints. While VRT is shown to produce excellent outcomes in this patient population, it is critically important that the treating provider understand the cognitive-behavioral aspects of the condition and thus tailor the therapy accordingly.

As stated in the diagnostic criteria, PPPD must not be better accounted for by another disease or disorder. It is thus important to rule out any active, acute, or uncompensated peripheral vestibular dysfunction, or other neurologic influence before a diagnosis of PPPD is made and treatment is initiated. This can be done in an efficient, comfortable manner with a comprehensive neurodiagnostic audio-vestibular evaluation. As we are often the first provider seen by patients experiencing any dizziness or balance-related impairments, audiologists and ENTs play a vital role in the overall assessment and management of patients with migraine, PPPD, or both.

A 42-year-old female, with a well-documented history of migraine, reports she experienced an acute attack of vertigo while driving her children and their friends to soccer practice, six months earlier. Fortunately, she was on a side road and was able to pull over and call 911. She required EMT transport to the local hospital emergency department. Since that time, she is highly anxious and has stopped driving, which is causing disruption to herself and her family. She no longer feels comfortable when sitting still and is most comfortable if she is moving and using a treadmill. She is highly provoked by visual overstimulation.

• HIT- Abnormal with horizontal thrust to the right

After 4 weeks of VRT and virtual reality (VR) protocols supplemented by daily home exercises, the patient’s DHI score fell to 0. The abnormal vHIT corrective saccades were no longer present. The patient was able to return to driving and no longer felt anxious and the internalized sensation of motion was gone.

Through this 3-part series the authors have attempted in a short format, to provide the readers with an overview of what is among the most common conditions affecting all Americans, children, and adults. It is the authors’ hope that readers will become more interested in this topic and seek additional education and training in this often-perplexing condition, so commonly seen in audiology and otolaryngology practices. Millions of patients needlessly go without proper diagnosis and treatment each year. While the symptoms are not always debilitating, they often are chronic and adversely affect the quality of life. We wish to thank the Editor and Publisher of the Hearing Review for recognizing the importance of the topic and helping the authors bring it to the forefront of awareness to practitioners.

Citation for this article: Gans RE, Sakumura J. Part 3: Audiovestibular migraine: What audiologists and ENTs need to know in 2022 for expanding patient care. Hearing Review. 2022;29(12):8-11. 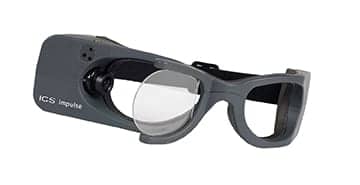 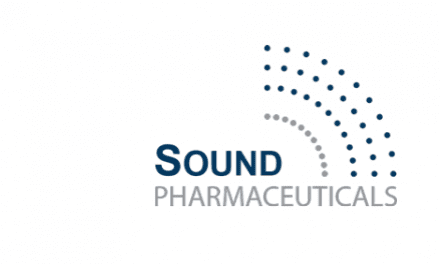 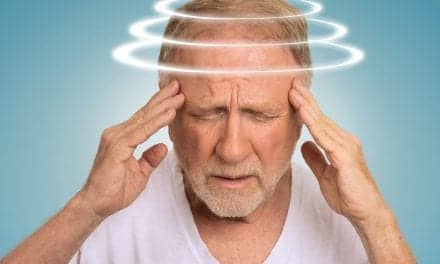 Researchers Identify New Type of Vertigo, According to Study Published in ‘Neurology’