This is the final article of a three-part series on migraine, migraine variants, and associated audio-vestibular symptoms. The first article (see September HR) provides a description and classification of migraine, as well as a review of some of the common migraine symptoms. The second article discusses Mal de Debarquement (MDD) syndrome, which in a prolonged state may be associated or seen in greater prevalence in those who suffer from migraine (migraineurs). MDD syndrome is particularly interesting because, although fairly rare, it can elicit a number of audiovestibular symptoms of which hearing care professionals should be aware. This final article will present a review of a pediatric variant of migraine referred to as Benign Paroxysmal Vertigo of Childhood (BPVC).

What is BPVC?
Vestibular disorders in children are not commonly reported in the literature. Pikus1 has recently provided a comprehensive discussion of heritable vestibular disorders. Benign Paroxysmal Vertigo of Childhood, generally considered to be the most frequent cause of pediatric dizziness, is most likely a migraine variant with a familial predisposition. It has been estimated to account for up to 35% of pediatric occurrences.2 This condition manifests as recurrent spontaneous episodes of vertigo in otherwise healthy children.

The condition was first reported by Basser3 in children under age 4. Initially, the condition was thought to be related to a vestibular neuronitis. The child may become frightened, cry out, cling to their parent, or stagger and become ataxic. BPVC manifestations may mimic neuronitis including vertigo, nausea, and vomiting. Nystagmus may also be observable during the episode. Many of these children report a true spinning sensation, but they may have difficulty verbalizing what is actually happening. The vertigo attacks may occur up to several times a month, and after several years they decrease and simply stop. Most children have no further spells after the age 7 or 8.

The attacks may last anywhere from seconds to hours, but most frequently will last only from 1-5 minutes. This transient and brief duration of the episode may further differentiate the condition from a neuronitis. The episode may also mimic a night terror, as the child acts as though nothing has happened at all after the event.

Interestingly, headaches and aural symptoms such as tinnitus or hearing loss are absent. Neurological and otorhinolaryngological examinations are also unremarkable, as are MRI and EEG examinations. Fortunately there is no permanent audiovestibular involvement, as may be seen with the classic migraine and variants.

Pathophysiology
The International Headache Society4 has classified BPVC in the category of migraine variant, or basilar migraine. Patients with BPVC present different clinical patterns of vestibular symptoms with a common pathophysiology: vasoconstriction of the vestibular nuclear vessels followed by vasodilatation.

Although pathophysiology of BPVC is unclear, it is believed that the vasoconstriction may occur within the posterior cerebral circulation, which then affects the vestibular nuclei. It is also possible that there may be further differentiation of the condition depending upon whether the manifestations include nystagmus or torticollis. It is believed that involvement of the superior portion of the vascular supply will more likely result in nystagmus. An inferior vascular portion involvement may be the origin of the torticollis. In infants and young children, the inferior part of the vestibular nuclei is still involved. This theory would explain why children affected by ischemic disturbances in the inferior part are more likely to have the appearance of torticollis earlier in infancy.5

It has been reported that 30%-50% of BPVC cases may ultimately develop to a classic migraine during the lifetime of these children.6

Meniere’s disease has been reported as appearing in these patients, as well.7 A differential diagnosis with BPVC and other conditions, such as vestibular neuronitis (as was first assumed by Basser3), may be distinguished by the onset and duration of the attack: varied frequency and short-lived, compared with that of vestibular neuronitis. There has also been a strong correlation with familial patterns of migraine in these children.

Figure 1. Infant with a paroxysmal torticollis, causing the head and neck to posture toward the left side.

BPVC with Torticollis
Torticollis is a condition reported by Snyder8 that describes asymmetrical posturing of the head and neck (Figure 1). The majority of children presenting with torticollis during the first year of life have congenital muscular torticollis secondary to unilateral fibrosis of the sternocleidomastoid muscle. The paroxysmal torticollis associated with BPVC is believed to occur due to otolithic dysfunction secondary to the vasoconstriction previously discussed. It is this otolithic involvement through the vestibulocollic reflex that then involves the sternocleidomastoid muscle.9

Those readers familiar with vestibular-evoked myogenic potentials (VEMPs), will recall that the VEMPs testing stimulates the saccular portion of the otolith system, and results in contraction of the sternocleidomastoid muscle. This response is measured as a myogenic potential secondary to the acoustic stimulation of the ipsilateral cochlea. Children with BPVC do not necessarily have to present with a torticollis as part of the disorder. In fact, torticollis is far less frequently seen than the transient attacks of vertigo, nausea, and vomiting.

Treatment Options
Davidoff10 reports that presently there are no trials of any prophylactic medication for the BPVC condition. The good news is that most children will grow out of this series of events, very similar to those of night terrors.

Children with a torticollis component, however, must be referred to a pediatric physician or occupational therapist for appropriate management. The benign paroxysmal torticollis, which begins in the first few months of life, can alternate between right-sided and left-sided neck posturing. It is reported to be worse in the morning than in the evening, and resolves spontaneously at about one year of age.

The therapeutic management of the torticollis may be a combination of massage, stretching, and splinting of the neck.

Summary and Conclusions
Hearing health care professionals, particularly otolaryngologists and audiologists, may see infants and young children whose parents report these frightening occurrences of acute vertigo, nausea, and vomiting. Frequently, testing for this pediatric group may be difficult if rotary chair instrumentation is unavailable to evaluate vestibulo-ocular reflex (VOR) function. As these attacks are transient and short-lived, however, it is unlikely that the practitioner will be in a position to see an attack while it is happening. The very anxious parents will relate most of the information anecdotally. Further complicating a diagnosis is the absence of clinical findings in this population.

Although these infants and young children will eventually outgrow the attacks, it is worthwhile to educate parents (particularly those who themselves have a history of migraine or migraine equivalence) that, as their children reach puberty, they may begin to present as migraineurs. Fortunately, today’s medical community is attuned to the management of this interesting and challenging disorder. 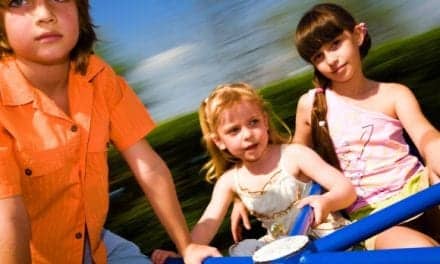 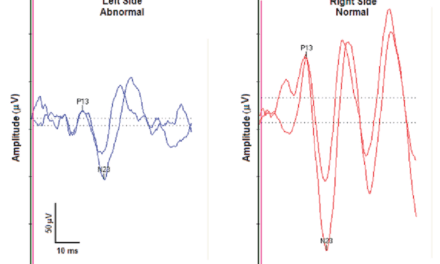 Part 2: Audiovestibular Symptoms Related to Migraine – What Audiologists and ENTs Need to Know in 2022 for Expanding Patient Care