Neuromonics is an FDA-cleared treatment that addresses the neurological processes of tinnitus, specifically its audiological, attention-based, and emotional aspects.

"This first independent US data further confirms previous findings-Neuromonics helps patients regain control over their lives, by reversing the downward spiral of psychological and emotional disturbances caused by tinnitus," says Rick Giancola, Neuromonics’ CEO. "Neuromonics targets the neurological root causes of tinnitus, helping thousands of patients to manage and treat tinnitus, and in turn, improve their quality of life."

The interim, multi-site US study evaluated 45 patients with varying forms of tinnitus. The mean Tinnitus Handicap Questionnaire (THI) scores decreased from 46 to 20, 6 months following treatment, representing a clinically significant improvement, the company says. The THI is a standard clinical measure evaluating the psycho-social consequences of tinnitus.

The following additional Neuromonics data was presented the the recent AudiologyNOW! conference in Dallas:

-Two-month relief: The largest proportion of benefit occurred after the first 2 months of treatment. Mean two-month THI and TRQ scores decreased from 46 to 31, and 40 to 21, respectively.

These interim results are the first publicly presented data from the CALM study initiated in 2007. The trial’s primary objective is to demonstrate clinically significant long-term reductions in tinnitus disturbance and quality-of-life improvements, up to 36 months post-treatment.

The treatment is in use in more than 200 medical centers. It is a compact, non-invasive medical device that delivers a prescribed acoustic neural stimulus, customized for each patient’s individual audiological profile, and incorporates specially processed, relaxing music. It delivers a customized neural stimulus that targets the brain’s auditory pathways and is believed to aid in neuroplasticity, or the process of neuronal change. This process appears to be involved in allowing the brain to filter out the disturbing tinnitus perception.

After clinical customization, the patient listens to the device daily for 6-plus months. The treatment can help the brain filter out the tinnitus perception, so that it no longer intrudes on the patient’s conscious attention, and no longer has a disturbing impact on quality of life, the company says. 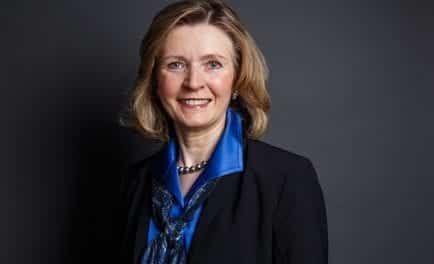