Ann Arbor, Mich — According to University of Michigan (UM) researchers, nine out of 10 city dwellers are at risk of noise induced hearing loss from leisure activities, such as listening to music with MP3 players.

Loud workplaces are typically blamed for harmful noise levels, but researchers at the UM found that noise from MP3 players and stereo use has eclipsed loud work environments. This proved true even though MP3 player and stereo listening was just a small fraction of each person’s total annual noise exposure.

Rick Neitzel, assistant professor in the UM School of Public Health and the Risk Science Center, and Robyn Gershon, principal investigator and professor at Philip R. Lee Institute for Health Policy Studies, University of California, San Francisco, found that 10% of transit riders had noise exposures exceeding the recommended limits from their commutes alone. When they estimated the total annual exposure from all sources, 90% of transit users and 87% of nonusers exceeded the recommended limits, primarily due to MP3 and stereo usage.

He added, "I do think it’s a serious problem, there aren’t really any other experiences where we would tolerate having nine out of 10 people exposed at a level we know is hazardous. We certainly wouldn’t tolerate this with another agent, such as something that caused cancer or chronic disease. Yet for some reason we do for noise."

Looking at occupational and non-occupational activities, MP3 player and stereo use, and time at home doing other miscellaneous activities, the research team examined the cause of potentially harmful exposures in 4,500 residents in New York City who used public transportation.

The findings stated in the study’s abstract are simply stated, yet alarming, The authors write, “We found that one in ten transit users had noise exposures in excess of the recommended exposure limit from their transit use alone. When we estimated total annual exposures, 90% of NYC transit users and 87% of nonusers exceeded the recommended limit [of 70 dBA]. MP3 player and stereo use, which represented a small fraction of the total annual hours for each subject on average, was the primary source of exposure among the majority of urban dwellers we evaluated. Our results suggest that the vast majority of urban mass transit riders may be at risk of permanent, irreversible noise-induced hearing loss and that, for many individuals, this risk is driven primarily by exposures other than occupational noise.”

The paper, "Exposures to Transit and Other Sources of Noise among New York City Residents", is online in the December issue of Environmental Science and Technology.

A Campaign to Make Audiology a Househ 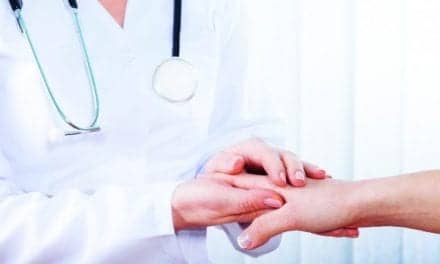 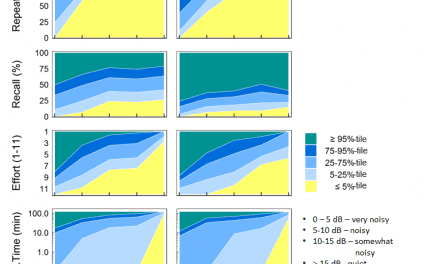 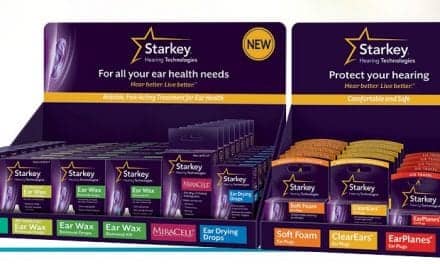