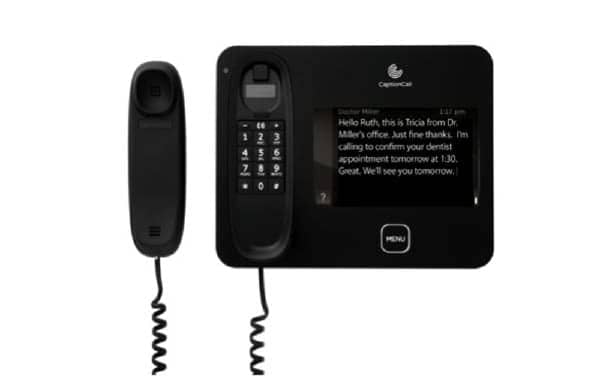 After the first EuroTrak studies in Germany, France, and the UK,1 the European Hearing Instrument Manufacturers Association (EHIMA aisbl) partnered with different local hearing healthcare organizations and manufacturers associations across Europe and in Japan for 2012. This effort resulted in the largest multi-country consumer survey about hearing, hearing loss, and hearing aids. The study (EuroTrak 2012 and JapanTrak 2012) was conducted in Germany, France, the United Kingdom, Norway, Switzerland, Italy, and Japan and is currently being conducted in Denmark.

The findings presented here are all based on country comparisons. This makes the value of these studies evident: while there are arguably many sophisticated studies in numerous countries, the authors believe that EuroTrak/JapanTrak is the only one that allows country-specific comparisons to explore differences and make conjectures about important marketing elements and even how these markets work. Certainly, this is an ongoing process; not all differences are fully explored and explained yet, and readers are invited to form their own hypotheses.

All the EuroTrak studies and JapanTrak were designed and executed by the Switzerland-based research agency Anovum.

Survey method. One of the attempts of EuroTrak 2012 and JapanTrak 2012 was to ensure comparability by using the same process, the same study design, the same questionnaire, the same interview methodology, and the same analytic techniques across all the countries. As shown in EuroTrak I,1 comparing the figures with the US MarkeTrak studies is—with some minor restrictions—also possible.

As shown in Figure 3, the percentage of the population reporting hearing loss varies from 8.8% to 12.5%. There are many potential reasons why stated hearing loss prevalence differs from one country to another, but two factors stand out:

1) The proportion of older people plays a role in a society. Compared to younger people, older adults experience hearing difficulties more often. Japan, Germany, and Italy have the oldest populations in the world (only tiny Monaco has a higher median age).2

2) There are some other factors that potentially impact hearing loss prevalence figures: the amount of hearing tests done, the definition of which types of hearing losses qualify for third-party reimbursement/support, as well as cultural differences in answering health care questions can play a role. Last but not least, a country’s tradition of disease prevention and/or legislations regarding the working environment can impact hearing loss prevalence.

Economic relevance of mental health. According to a report from the World Health Organization,3 mental disorders account for nearly 12% of the global burden of disease. By 2020, they will account for nearly 15% of disability-adjusted life-years lost to illness.

For example, 20 years ago in the United Kingdom, direct treatment costs were estimated at UK £417 million per year, while indirect costs were estimated at £2.97 billion—nearly 6 times the direct treatment costs.4 More recently, the Sainsbury Centre for Mental Health reported in 2007 that the overall annual costs of mental health problems cost employers £1,035 for every employee in the UK workforce (including time off work and lost productivity). That is equivalent to nearly £26 billion per year.5 The costs consist of £8.4 billion a year in sickness absence, £15.1 billion a year in reduced productivity at work, and £2.4 billion a year in replacing staff who leave their jobs because of mental illness.

Can hearing aids impact mental health? To screen people for “mental health” and analyze the impact of hearing rehabilitation with hearing aids on the incidence of depression symptoms, the Patient Health Questionnaire-2 (PHQ-2) was applied in the EuroTrak and JapanTrak studies. The Patient Health Questionnaire (PHQ) is a diagnostic tool for mental health disorders used by health care professionals. It is quick and easy for patients to complete. PHQ-2’s purpose is not to establish final diagnosis or to monitor depression severity, but rather to screen for depression. The PHQ-2 has been validated in several studies.6

The degree of hearing loss was classified using the following subjective measures:

There appears to be a correlation between better hearing and the occurrence of depressive symptoms. It is possible that people with hearing aids communicate more effectively and therefore have lower risk for social isolation (also see Figure 9). Therefore, hearing aids may be able to impact mental health positively.

Similarly, hearing aid users feel less physically and mentally exhausted in the evenings compared to their hearing-impaired counterparts without hearing aids. This is documented in Figure 5.

What about dementia? Lin et al8 state that hearing loss is associated with incident dementia and Alzheimer’s disease. Looking at the EuroTrak and JapanTrak data, a similar relationship can be observed: hearing aid owners tend to have a lower risk of being forgetful compared to hearing-impaired non-owners with comparable hearing loss (Figure 6). The authors are well aware that EuroTrak and JapanTrak do not prove causality—neither for the relationship “hearing loss ? depressive/dementia symptoms” nor for the relationship “hearing aid ? depressive/dementia symptoms.” Hearing loss could just be a marker for early stage dementia as cited by Lin et al,8 or it could be that people without depressive symptoms own hearing aids more often and not vice versa. Nevertheless the results show the same pattern across all the countries analyzed—and this should be worth further discussion and investigation.

Impact of Hearing Aids on Work and Private Life

When all hearing aid owners­—including those not in the labor force—were asked whether they think people with untreated hearing loss tend to be less promoted in their jobs or tend not to get the job they deserve, many agree (Figure 8). This is consistent with findings in a 2006 Danish study.9

After showing that there is potential for societal and personal benefit of hearing rehabilitation with hearing aids, we will have a closer look at the hearing aid adoption rates and the influencing factors.

Hearing aid adoption. Figure 10 shows hearing aid adoption: The green bars represent the percentage of people in a country with hearing aid(s), while the blue bars represent the adoption rate—the percentage of people with hearing aid(s) divided by all people with self-stated hearing loss. Norway and the UK have the highest adoption rates while Japan has the lowest. In Norway and the UK, hearing aids are offered for free to those people who can benefit from them.

Binaural use. The percentage of the hearing aid owner population with binaural treatment in 2012/2011 ranges from 39% in Japan to 76% in Norway and Germany (Figure 11). Binaural fitting seems to increase in most countries.

To better understand the different markets, a drop-out model was developed . The charts can be interpreted as a snapshot of how the existing hearing aids in the market were distributed. (Authors’ Note: It is important to understand that this model is based on cross-sectional analysis based on data at one point in time. It is not a longitudinal analysis where the same patients would be observed over a certain period of time.)

Starting with all self-stated hearing impaired (100%), not all have discussed their hearing loss with a general practitioner (GP) or an ear doctor (ENT) (drop-out 1). The drop-out rates are calculated relative to the base size before the drop-out. For example, in Norway 76% have discussed their hearing loss with an ENT/doctor. This means 24% dropped out in this stage. Of those who have discussed the hearing loss with an ENT/doctor, not all got a recommendation for hearing aids (drop-out 2). Again in Norway, 23% of the 76% drop out here—58% of the 100% with hearing difficulty remain. Finally, of those who got a recommendation, not all become hearing aid owners (drop-out 3). In Norway, 27% of the 58% with a recommendation drop out and 43% end up as hearing aid owners (which is the measured adoption rate). Figure 12 shows the lowest drop-outs in the countries that provide free hearing aids (Norway and UK) and the highest drop-outs in Japan. While in Germany and Switzerland, drop-out 2 (after visit to GP/ENT) is relatively highest, in France and Italy, drop-out 3 is relatively high. These are countries with little or no reimbursement, so affordability becomes a potential hurdle.

In Figure 13, the relative frequency of the reasons not to have a hearing aid is mapped. This is what impaired people who do not own a hearing aid but have a significant hearing loss answered (ie, non-owners with a top 50% hearing loss as explained earlier). Apart from the overall Top 5 reasons shown in Figure 13 (uncomfortable, hearing loss not severe enough, hear well enough, hearing aids do not restore hearing to normal, and they don’t work well in noisy situations), there are some country-specific peculiarities:

Existing hearing aid users’ experience is crucial to the development of the hearing aid adoption rate. On the one hand, satisfied hearing aid users will probably re-purchase in the future. On the other hand, these customers can act as “ambassadors for” or as “detractors against” hearing aids. That means a satisfied hearing aid owner tends to talk positively about hearing aids and therefore motivates other potential customers to get one. Dissatisfied users will probably advise against hearing aids. According to Figure 14, overall satisfaction is highest in Switzerland and France followed by Germany, the UK, and Norway. In Italy, there are less people “satisfied or very satisfied” but more only “somewhat satisfied,” and in Japan, satisfaction is lowest.

Potential reasons for the big differences in satisfaction levels can be complex. The structure and the quality of the distribution channels and the fitting process—which definitely differ in these countries—can impact on satisfaction. Certainly, also the age, technology, and quality of hearing aids currently in use in the different countries play a role.

As an example, hearing aid owners with newer hearing aids are more satisfied than those with older hearing aids (Figure 15). This is true across all measured countries— regardless of the satisfaction levels.

Satisfaction also can be driven by the compliance of the users: Figure 16 documents that satisfaction is significantly higher for those who wear their hearing aid(s) the whole day compared to those who wear them only up to 4 hours. Again, this is consistent across all the countries measured and again it is independent of the satisfaction level in each country. It should be mentioned that the causality also could be reversed.

The presented data give indications that hearing rehabilitation with hearing aids can create not only personal but also considerable societal benefits. Even though the data are not a proof of causality and do not provide currency-scaled values of the benefits, the described relationships are surely worth a closer look; the results are significant and they are consistent across six European countries, as well as in Japan. To further explore causalities, more research (ie, beyond market research) is required, and it is our hope that these results can stimulate such efforts.

To increase societal and personal benefit through increasing hearing aid adoption rates, a joint effort will be needed. This effort should be managed to increase the awareness of hearing loss, to improve health care where it is meaningful, and to inform and motivate doctors and ENTs to pay more attention to better hearing and its individual, economic, and societal benefits. Also, the quality of the distribution channels and fitting processes should be improved where needed. High-quality and modern hearing aids generate satisfied hearing aid users because they experience real personal benefit from the devices.

The authors hope that major stakeholders in hearing healthcare—including government agencies, hearing aid manufacturers, health care professionals, user organizations, and hearing aid users—will use the EuroTrak and JapanTrak data to further contribute to this process by offering their own objective perspectives to the discussion.

This survey was made possible by funding from the European Hearing Instrument Manufacturers Association (EHIMA).