Bethal Walker, AuD, is the coordinator of the UNHS program at Wesley Medical Center, Wichita, Kan.

In 2010, our hospital recorded 6,383 live births—or about 532 babies per month (17 babies per day), making the facility the largest birthing center in a 13-state region. This number does not include the infants who were born outside of our hospital, and transferred into our Level 3 Neonatal Intensive Care Unit (NICU) or Neonatal Special Care Unit (NSCU). In total, the facility completed a total of 178 auditory brainstem response (ABR) tests in 2010.

The following article looks at the benefits of advanced ABR screening technology in a busy real-world clinical setting. We received the Vivosonic IntegrityTM system, provided by a grant from the state, for nonsedated ABR testing on June 19, 2010.

Training was completed in the morning, and we began using the system that very same day. From June to the end of 2010, our Integrity system was used to complete 110 ABR assessments, which are reported below.

Benefits of the System

When reviewing the first 6 months of 2011, even further improvement is indicated. We have completed 80 ABRs with only 12 cases requiring sedation (15%). In a recent poster session, Hall and Sauter1 reported that the availability of the Integrity system reduced the need for sedation or anesthesia by up to 66%.

With the use of the new filtering system (Kalman Weighted Averaging), the time it takes to get quality, repeatable waveforms has been significantly reduced. We typically find that myogenic interference is nearly eliminated. Even when an infant is awake and eating, there are very few rejects. This is reportedly due to the system’s patented digital signal processing technique2,3 that significantly reduces muscular-motion artifacts. In situations involving myogenic noise, studies4,5 have shown a significant enhancement of the ABR recordings using the Integrity compared to conventional ABR technology. Meyer et al4 reported “statistical significance and notable clinical trends favoring the Vivosonic performance when subjects were engaged in an activity.”

In addition, babies no longer have to be in a deep sleep or in an electromagnetically shielded room in order to complete a diagnostic assessment. The Amplitrode®, an electrode/amplifier, is seated directly on the forehead and is designed to reduce the electromagnetic interference. It also filters the signal prior to amplification,2,3 reducing the EEG noise and making it possible to complete an assessment in almost any area of the hospital.

Prior to using the Integrity, it was not uncommon to have to move an infant to a separate area of the NICU in order to complete an assessment. Monitors and alarms not only added electrical interference, but the noise also stimulated the babies, increasing the myogenic interference. The nurse who was taking care of the baby would have to leave her unit in order to accompany the baby for the assessment. In the electrically and acoustically hostile NICU environment, Brown et al6 preferred the Vivosonic Integrity for ease of obtaining results in noisy and awake infants, and found threshold averages significantly better for click recordings, with similar trends shown for tone bursts, compared to another commercially available ABR system.

Increased completion of diagnostic tests while baby is an inpatient. The Integrity system has allowed us to increase the number of diagnostic tests completed while the baby is still a hospital inpatient. The system has made it possible to test more awake and active infants, and because sedation is not needed, we are able to complete the assessment in a timelier manner.

Prior to obtaining the system, it was often necessary to allow the babies to be discharged without the assessment, and then schedule them for more tests as an outpatient. This was inconvenient for the parents, and increased the number of our loss-to-follow-up children. The wait time for an outpatient diagnostic assessment has been reduced from nearly 3 months to about 2 weeks. The main reason for this improvement is the amount of time that we reserve for an assessment. Because the test time of the Integrity system averages 1 hour 20 minutes, we no longer have to reserve a 3-hour slot for an outpatient assessment. Similar clinical experiences have been presented by Sebzda.7 Another advantage of the system is the VivoLink, a wireless Bluetooth interface that collects and transmits data between the computer and the patient. There are no wires that connect the patient to the computer, so the patient is free to move around the testing area. Young children can play quietly, or watch a movie in a comfortable chair. We are now able to test nearly any age child without sedation. Some children play during testing, but most sit and watch a movie while testing is completed.

Limitations of the System

One limitation of the Integrity System is the maximum number of waveforms that can be saved to a test record. The test parameter only allows 20 waveforms to be collected at one time. This is inconvenient because it requires the clinician to start a new test record and multiple test records cannot be combined.

Another limitation is the number of recording channels. Because the system is a one-channel system, contralateral testing can be inconvenient. With a one-channel system, it is necessary to change the inverting and non-inverting electrodes when switching from one test ear to the other. This can disturb a resting infant or a distracted child. In some cases, this can extend test time if the infant or child requires soothing. Fortunately, because the system uses the wireless Bluetooth technology, the patient can be soothed by the parent in nearly any position.

The Integrity system has allowed our facility to provide clear, accurate, and timely diagnostic assessments. The computer system is easy to navigate, and marking the waveforms is less time-consuming than with our previous unit. The reduction in the number of sedations saves time and money for both the family and our department. Having the ability to provide a diagnostic assessment without sedation also reduces the amount of stress that the parents and children experience.

The ability to assess more of our infants prior to hospital discharge improves the referral process for intervention. If a hearing loss is discovered prior to discharge, appropriate referrals can be made with no time loss, and intervention can begin immediately.

Correspondence can be addressed to HR or Bethal Walker, AuD, at . 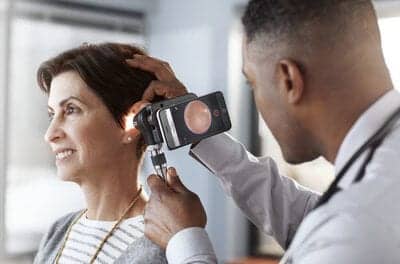 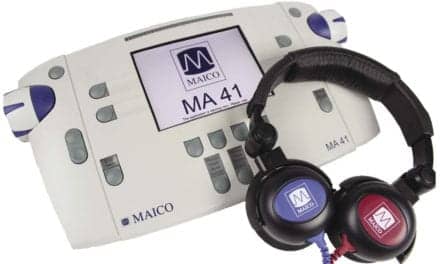