The Dynamic Ear Canal and Its Implications

Ten years of research and development sponsored by National Institute on Deafness and Other Communication Disorders (NIDCD) have resulted in a better understanding of ear canal dynamics relative to jaw motion. Additionally, this research has supported the development of practical solutions to improve the physical fit of hearing aids and noise insert earphones.

Laser scanning of ear impressions and EarQuant software has documented that significant changes occur in the soft part of the canal as a result of changes in jaw position. Within an individual, remarkable asymmetry can occur between the ear canals.

In the following study, 51% of the 67 subjects had a 10% or more change (ie, volume increase or decrease) in at least one ear with jaw opening. A simple difference in the relative location of the temporomandibular joint (TMJ) in relationship to the ear canal can account for a positive or negative volume change from a closed-to-open jaw position. Ear canal geometry change with jaw position is a primary cause for poor physical fitting hearing aids. Thus, blaming the impression, in many cases, is the wrong focus.

Typically, earmolds and shells are oversized to accommodate presumed increases in canal volume with jaw opening. From the findings in this study, we predict that about 1 in 8 patients will likely experience discomfort with the physical fit of their hearing aid(s), since about 12% of subjects in this study had more than a 10% negative volume change with open jaw impressions.

Fitting Problems Persist Despite Significant Technical Improvements
Most hearing professionals would agree that there has been a marked improvement in the acoustic fitting of hearing aids, and this has resulted in substantial improvements in patients’ hearing performance. Digital technology has supported these improvements.

Dramatic changes have also occurred in the way earmolds and shells are manufactured. The hand-casting of shells and molds from ear impressions is moving to the digital laser sintering and stereo-lithographic molding of earmolds and shells.1 Interestingly, there has not been an increase in the physical fit success with patients. As has been the historic case with the traditional casting techniques, the impression has been faulted as the cause for a lack of increase in the success of physical fits.2

Our previous studies would suggest that—while impression taking can be a significant cause for problems—it is more likely that the basic anatomically driven changes are the cause for poor physical fits. These changes occur within the cartilaginous portion of the ear canal with jaw position changes.3-6 To test this hypothesis, we have precisely quantified the volume changes between the entrances and second bends of ear canals (the cartilaginous region) as a function of left and right ears and open and closed jaw positions within the same individuals (n=67 subjects).

Scanning Canal Impressions: Methodology
A Digibot™ laser scanner and Hearing Components custom software, EarQuant, were used to determine the 3D geometry of ear impressions taken from subjects in the closed- and open-jaw positions. Differences in the canal volume in the soft portion of canal (entrance to the second bend) were determined from the jaw closed to opened positions.7 The ear impressions collected from four hearing centers were made by a standardized technique and impression materials.

Figure 1. A significant number of the 67 subjects, 36 (54%) showed at least one ear having a 10% or more change in the volume of the cartilaginous region of the canal between the jaw opened and closed positions. About 42% of the subjects (28 of 67 subjects) had at least a 10% positive volume change and 12% of subjects (8 of 67) actually had a negative volume change of at least 10% with jaw opening.

The data is summarized in Figure 1 where right ears (in blue) are ordered from left to right on the chart by largest negative to largest positive volume change with the jaw from the closed to the full-open position. The corresponding volume change for the left ear (in pink) for each subject is placed next to the appropriate right ear change for the subject. This conveniently and graphically visualizes the variation of canal volume change for the individuals within a population.

Measuring changes in canal volume. Measuring the ratio of percent volume change of the left canal over the percent change of the right canal, we have offered four possible categories of ear canal change on jaw opening within individuals (Table 1):

Table 1. Comparing the percentage volume change of the left and right ear canals in response to jaw motion yields four possible categories. “Direction of change” refers to the compression or expansion of the ear canal (ie, “Symmetric” indicates that both right and left ear canals get either larger or smaller in volume together; “Asymmetric” indicates that one ear canal gets larger in volume relative to the other ear); “Magnitude of change” refers to the relative difference in percentage volume change between right and left ear canals (here, “Asymmetric” refers to a 50% or more difference in percent volume between left and right ear canals.) Noteworthy is that 67% of subjects had ear canal volumes that both increase or both decrease (ie, symmetric change of direction) with jaw opening/closing, and 76% had right and left ear canals that varied substantially in the amount of change (asymmetric magnitude of change).

• Category 2: The largest occurrence (52%) is the case with symmetric direction but asymmetric magnitude (greater than 50% difference) of volume change between the ears;

• Category 3: The rarest case (9%), representing situations where there is opposite direction change of similar magnitude;

• Category 4: The second most common case (24%), where there is asymmetric change in both magnitude and direction.

Magnitude of change. It is noteworthy that Categories 2 & 4—where there are large differences in the magnitude of volume changes in the right and left ear—comprise 3/4ths (76%) of the cases. In other words, upon jaw opening/closing, the amount of volume change between the right and left ear canals is greater than 50%. For the vast majority of individuals within this study’s population, it was common to see differences in the change in volumes of ears within an individual with jaw opening. A similar observation can be discerned from the data of Pirzanski & Berge.7

Direction of change. Comparing the percent volume change of the left and right ear canals within the individuals of this study shows that about 2/3rds of the subjects (ie, Categories 1 & 2, 67%) have ear canal volumes that both increase or both decrease with jaw opening. This can be described as a “symmetric” direction of change. Of these subjects a clear majority have one ear changing volume more than the other ear upon jaw opening.

The other approximate 1/3rd of the subjects (ie, Categories 3 & 4, 33%) are defined as being “asymmetric”—they have one canal that gets larger and one canal that gets smaller with jaw opening. The majority of these subjects also have a significant difference in the magnitude of this change.

Canal volume changes: Biomechanical rationale. Figure 2 provides one explanation for how the ear canal volume can increase or decrease with jaw opening. The two sets of sketches show how the pivoting of the jaw can change the canal volume upon opening. This can account for either a positive or negative volume change, respectively, in the cartilaginous region of the ear canal. Note that, in the second set of sketches (ie, the “unusual” jaw), the pivot axis of the jaw is relatively higher than in the first set of sketches to account for the negative volume change in the canal.

Discussion
The ear canal is a changing environment. Clearly, there can be substantial volumetric changes in the cartilaginous portion of ear canals as the jaw opens wide. The dramatic occurrence of at least one ear canal increasing or decreasing by 10% or more of its volume from the entrance to the 2nd bend of the canal in 51% of our study subjects is noteworthy. These size and shape changes are more commonly in the positive direction (ie, canal expansion); however, they sometimes are in the negative direction (ie, canal compression). This negative volume upon opening has been reported earlier.8-10

There are significant volume changes occurring in the ear canals of people upon jaw opening. These changes can be negative or positive or mixed within individuals within the population. The practical clinical significance of this is that these changes are real and, unfortunately, are not predictable ahead of time.

The concept of a “perfect” impression that precisely defines the ear canal to give a perfect earmold or shell needs modification. The common clinical solution is to make the earmold or shell closely mimic the contour of the ear canal and fit snugly in the ear. This leads to a 20%+ remake rate because of the unpredictable variations within the ear canal on jaw opening. One way of helping to resolve this is through various impression-taking techniques that help compensate for the dynamic ear canal5 by taking an open-jaw impression using lower-viscosity silicone impression material. However, even this cannot be relied upon for complete resolution of problems associated with the vastly different categories of ear canal movement described above.

An alternate approach is to utilize compliant otoplastic materials that can expand and contract to match the changing ear canal. This provides improved physical fits to the dynamic ear canal for hearing aids and other devices where a good physical fit is important (eg, hearing in noise, insert earphones).11 The need for these alternative approaches gain importance since 1/3rd of our 67 subjects had at least one ear canal that showed a clear negative volume change upon jaw opening. In fact, upon jaw opening, 35% of this subset had at least one ear canal with a negative volume change greater than 10%.

A logical conclusion is that there is a need for more attention to the clinical reality of the dynamic ear canal.

Based on a flawed assumption of an open-jaw ear canal impression being a larger volume, the common solution of making a snug-fitting hearing aid with open-jaw impressions and more viscous impression materials is not completely effective and can still yield hearing aid returns. Modern chemistry of compliant otoplastic materials for earmolds and shells offer an alternative solution to this problem. 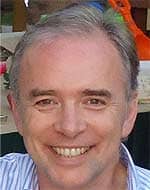 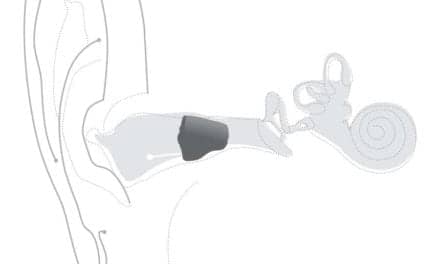