The series is designed to provide an overview of how speech recognition in older individuals is affected by both slower processing and cognition. In particular, such an understanding can lead to more effective aural rehabilitation services for older adults.

McCroskey and Kasten2 varied the time interval between two tones and asked the participants to judge if they detected one tone (fusion) or two tones (gap detection). The interval required for older participants to perceive two tones was longer. Similarly, other investigators have reported deterioration in gap detection due to aging.3-9 This suggests that older individuals have difficulty processing rapidly presented information. Such changes in auditory temporal processing can make it difficult to perceive and understand rapid speech. Thus, not surprisingly, several investigators have reported age-related deterioration in recognizing time-altered or fast speech.10-19

Difficulties in rapid speech perception and temporal gap detection experienced by older individuals suggest slower processing within the aging auditory system. However, the age-related deficits in the behavioral tasks described above can also occur due to other age-related reduction in attention, memory and/or cognition.20-21 Thus, whether or not slower processing occurs specifically within the aging auditory system—apart from nonauditory factors such as alertness level, attention, memory, and/or general intelligence—has been questioned.

The auditory brain stem response (ABR) occurs within 7 ms following the presentation of an acoustic stimulus. The major peaks in the ABR are labeled by Roman numerals from I to VII. Wave I and wave II are generated in the distal (to brainstem) and proximal portion of the auditory nerve. The later components have multiple contributions from the auditory brain stem including cochlear nucleus, superior olivary complex, and inferior colliculus. Click-evoked ABRs are assumed to reflect synchronous activation of onset-type neurons.22

However, there are several reasons for such seemingly controversial findings. One problem related to the results is that some investigators have not reported the statistical significance of their findings.43,44,45 Thornton46 suggested an interaction of age, gender, stimulus polarity, stimulus level, and stimulus rate based on data collected in 11 different laboratories. The use of all these parameters varies in different age-related studies. In addition, the particular stimuli used in various studies include tone bursts and clicks varying in duration from 0.1 to 0.5 ms. The selected age groups may also have an impact on the results. In some studies the “younger” control groups include individuals up to age 51 years.41 However, age-related deterioration can begin at an earlier age.

Additional variation may be caused by monaural versus binaural stimulation and use or nonuse of contralateral noise. In the case of monaural stimuli, many investigators have not specified the ear of stimulation, and others have reported using either the left or the right ear, depending on auditory sensitivity. Soucek et al47 reported a prolongation of the wave III-V interpeak interval with age with stimulation of the right ear, but not the left ear. However, their results are confounded by the presence of hearing loss in older adults. Johannsen and Lehn48 found no ear effects, but they did not report the sample size. Thus, it is difficult to ascertain whether the sample size was sufficient to reveal any ear effects.

FIGURE 1. Effect of click polarity and intensity on the ABR obtained from an older individual.

Interaction of age and stimulus rate. Another important factor that determines the effect of age on ABR latencies is stimulus rate. Age effects tend to be more pronounced at higher click-repetition rates.44,45,51 When very slow rates (eg, 5.1 per second) are used to elicit the ABR, no significant differences in latencies appear in the older and younger groups.52 This supports the notion that the aging auditory system may be able to process slower stimuli but may have difficulty in keeping up with stimuli occurring at faster rates.

Interaction of age and gender. Gender also has an impact on determining the age effect. The age-related prolongation of latencies is more prominent in men.23,24,26,27,34,53,54 When only men are included in the study, significant prolongation of latencies is reported with age,30 even in the presence of a small sample size.28 On the other hand, age effects seem to disappear when the sample size for each age group is small and the sample includes both men and women,43 or when it includes only women.55

Possible factors that may cause the age-gender interaction are difference in hormones; use of estrogen by older women56; more noise exposure in men, causing subtle damage to outer hair cells; differences in head and brain size; and difference in whole body temperature.

This reduction of the wave I-V interval may occur due to the fact that wave I is predominantly generated from the more basal cochlear regions, whereas wave V comes from broader regions of the cochlea that include the apical regions.60 Age and high-frequency presbycusic hearing loss have opposite effects on the I-V interval; age prolongs it and hearing loss shortens it.26

Several studies have failed to match auditory sensitivity in the 4 kHz and/or 8 kHz region in the younger and older groups.41,55,61 This may be why some studies that included participants with hearing loss failed to find an age effect on the interpeak I-V latencies.40,47 If the hearing loss dominates the interpeak wave I-V interval, then the interval may appear even shorter in older individuals.61,62 On the other hand, if the age effect dominates the I-V interval, then a longer interval may be seen in older individuals, even in the presence of hearing loss.32,54 When auditory sensitivity is normal, older individuals show longer wave V latencies when compared to younger adults.63,64

ABR results with sufficient control of auditory sensitivity. Investigators who have attempted to control for high-frequency hearing loss above 4 kHz have shown a significant effect of age on ABR latencies.

Sturzebecher and Werbs34 included 69 women and 86 men in their study. The participants were divided into three age groups. The first group included individuals younger than age 35 and their pure tone average (PTA, at 2, 4, and 6 kHz) was 7.3 dB. The second group included participants in the age range of 35 to 49 years and had a PTA of 10.6 dB. The third group included individuals above the age of 50 years with a PTA of 12.8 dB. Significant differences between the first (below 35 years) and the third (above 50 years) group were found for latencies of waves III and V and the interpeak latencies of I-V and III-V in men, and for the wave V latency in women.

Elberling and Parbo26 obtained ABRs from 235 men and 249 women aged 20 to 80 years. They used the averaged thresholds at 4 and 8 kHz as an index for the high-frequency hearing loss and conducted multiple regression analyses to evaluate the effect of age and hearing loss. They showed that, although hearing loss shortens the I-V interval, age increases both the I-V and I-III intervals.

Kelly-Ballweber and Dobie28 obtained ABRs from 12 younger men (31 to 49 years) and 12 older men (64 to 76 years). The auditory sensitivity of the two groups was matched based on their PTA at 2, 4, and 8 kHz. For binaural, as well as predicted binaural response (sum of monaural responses), wave V latency was significantly longer in older individuals.

Effect of age on ABRs using complex stimuli. Forward masking refers to masking of a signal by a masker given before the presentation of a signal. Walton et al52 studied ABR recovery from forward masking using tone-burst maskers and probes. Participants included two groups with normal hearing matched for auditory thresholds. The younger group included 10 adults within the range of 21 to 40 years. The older group included 10 adults within the range of 63 to 77 years. Probe tone-bursts (1, 4, and 8 kHz) were presented at 40 dB above threshold, and the masker tone bursts (same frequency as the probe) were adjusted to a level that just eliminated the ABR to 40 dB SL probe when the probe onset occurred after termination of the masker.

The intervals between the masker and the probe were 2, 4, 8, 16, 32, and 64 ms. For the tone burst frequencies of 4 and 8 kHz, the mean latency shift was greater for the older group for forward-masker intervals of 16 ms or less (faster stimuli), while the shift was similar in the two groups for longer intervals (slower stimuli). This finding suggests deficient temporal processing for rapidly occurring stimuli in the older auditory system.

Bottom line: ABR studies suggest slower processing with aging. In summary, when ABRs are elicited with fairly rapid stimuli, the latencies and interpeak latencies are prolonged with aging—suggesting slower processing within the aging auditory system. There is some variability in this effect such that not all older systems demonstrate slowing, and men may show more slowing than women.

Elicitation of the acoustic reflex involves conduction of a relatively loud sound through the outer ear, the middle ear, and the cochlea. The neural impulses then travel through the auditory nerve to the cochlear nucleus and from the cochlear nucleus to the trapezoid bodies and/or to the superior olivary complexes.66-67 The message is then relayed to the stapedius motor neurons,68 which travel through the motor nerve fibers to the stapedius muscle. The contraction of the muscle changes the admittance characteristics of the middle ear. The related change in the middle-ear admittance can indicate the occurrence of the reflex. Thus, the acoustic reflex offers a unique opportunity to evaluate age-related changes involving efferent control of the auditory system.

Effect of age on rate-induced facilitation of the acoustic reflex. Rawool71 showed that, at higher click rates, the acoustic reflex thresholds of older individuals are elevated. However, at slower click rates, the reflex thresholds are similar to those obtained in younger participants. Thus, the ability of the older auditory system to resolve stimuli presented at higher repetition rates appears to be reduced.

Read Vishakha Rawool’s series “A Temporal Processing Primer” from our May 2006 issue.

Both acoustic reflex and the ABR are not significantly affected by alertness, attention, and memory factors. The slowing apparent in these measures suggests that the aging auditory system is slower in processing auditory stimuli. A great variability in age-related slowing can be expected, suggesting that some older individuals may show normal processing while others may show very significant slowing. The variability may be related to gender and other factors such as the overall health of the individual.

For those older individuals who show slower processing, amplification, especially at higher frequencies, may be important in improving the processing of auditory stimuli. In addition, such individuals may benefit from systematic auditory training beginning with slowly changing auditory signals and then moving to more rapidly occurring auditory signals. Other strategies, such as those described by the author in previous articles,72,73 are also likely to be beneficial.

Vishakha W. Rawool, PhD, is a member of the faculty in the Department of Speech Pathology and Audiology at West Virginia University, Morgantown, WVa. Correspondence can be addressed to HR or Vishakha Rawool at . 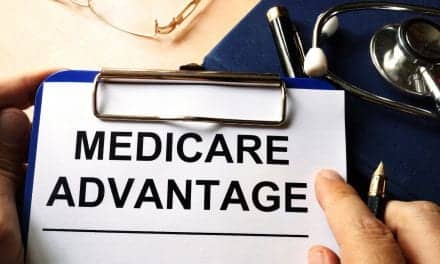 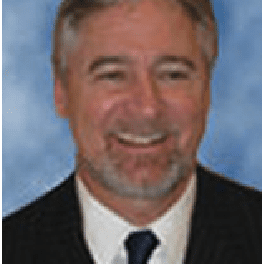 Blog: Words Matter; May We Not Allow Them to Scatter