Extended bandwidth only adds to the list of hearing aid benefits. Here’s why.

This study shows that a hearing aid with an extended bandwidth may improve the wearer’s tolerance for noise in a noisy environment. However, to achieve this improvement, the prescriptive gain target needs to accommodate the added bandwidth of the hearing aid.

In a previous paper, Kuk and Baekgaard1 examined the factors that influence the effective bandwidth (BW) of a hearing aid. It was indicated that extended bandwidth fittings are likely to benefit people with a mild-to-moderate degree of hearing loss. However, precautions are needed when verifying these fittings during probe microphone measurements.

Since then, we have realized that a broader BW may have the potential for improving the wearer’s subjective tolerance in speech-in-noise conditions. In this paper, we will provide a brief report on the study that led us to such a conclusion.

Heidi Peeters, MA, and Chi Lau, PhD, are research audiologists, and Francis Kuk, PhD, is the director of audiology at the Widex Office of Research in Clinical Amplification (ORCA USA) located in Lisle, Ill. Correspondence can be addressed to HR or Francis Kuk at .

Along with the increased audibility, an increase in BW also results in an increase in loudness perception. This phenomenon is known as loudness summation.2 In hearing-impaired ears, loudness summation occurs at a faster rate than that of normal-hearing ears as a result of the broadening of the critical bandwidth.3 This raises the possibility that suprathreshold measures, such as the most comfortable listening level (MCL), will decrease as the bandwidth is increased.

Another measure, the loudness discomfort level (LDL), also decreases as the bandwidth of the test signal is increased. For example, Hawkins6 showed LDLs to decrease by 2 to 9 dB for wideband noise in comparison to narrowband noise centered at frequencies from 250 to 1000 Hz. Changes in the perceived loudness therefore may shift the dynamics of the listening range of the listener.

One measure of subjective noise tolerance is the Acceptable Noise Level (ANL).7 This index measures the greatest amount of noise (called Background Noise Level, or BNL) that can be tolerated by the listener while he or she listens to running speech presented at the MCL level. The difference between the MCL and the BNL is called the ANL, with a smaller ANL reflecting greater tolerance for noise (or better noise performance). ANL has been used to predict hearing aid satisfaction,7 benefits of directional microphone,8 and efficacy of a noise reduction algorithm.9

Recently, Johnson et al10 tested listeners with hearing impairment in the unaided condition and concluded that ANL increased by 1.1 dB as the bandwidth of the test signals increased from 6 kHz to 9 kHz. This suggests that extending the bandwidth in a hearing aid can decrease noise tolerance.

So, Does Extending Bandwidth Decrease Noise Tolerance with Hearing Aids?

Although it is reasonable to extrapolate that hearing aids with an extended BW could decrease the wearer’s tolerance in noise, it may not be the case in all hearing aids. There are two reasons for this:

1) Current hearing aids typically include two types of algorithms that can impact loudness judgments. Directional microphones have consistently been shown to improve SNR.11 A well-designed noise reduction (NR) algorithm can also provide assistance with the SNR of speech-in-noise.9 Both of these algorithms affect loudness judgment while simultaneously improving the SNR of the listening environment. It is possible that these algorithms could offset the increase in ANL brought forth by an increase in bandwidth. That is, wearers of extended BW hearing aids that also have a directional microphone and/or noise reduction algorithm may be less likely to report noise tolerance problems than those without these algorithms.

2) Hearing aids are fit using prescriptive targets that attempt to amplify speech to the MCL level. Typically, the prescriptive targets are formulated based on the available hearing aid technology (such as the number of channels and bandwidths). Currently, many targets are limited to frequencies below 6000 Hz. One can imagine that, if the prescriptive target applies the same gain over a broader BW, the additional output in the extended frequencies will lead to a loudness perception that is higher (or louder) than the MCL—both in quiet and in noise. On the other hand, loudness perception may not be affected negatively if the prescriptive target is modified to accommodate the increase in BW by reducing gain across the entire frequency range. The availability of a NR algorithm and the possibility of a different gain target would suggest that some hearing aids with an extended bandwidth may not decrease performance in noise. On the contrary, the extended bandwidth may result in additional audibility for the higher frequencies and improve sound quality and intelligibility.

FIGURE 1. Audiogram thresholds averaged for left and right ears for each participant. The dark solid line with circles represents the average hearing thresholds for all participants.

FIGURE 2. Average output of the hearing aids for Default-BW, Reduced-BW, and Increased-BW programs re in-situ thresholds. Two cc coupler curves were obtained with a pink noise at an input level of 65 dB SPL.

Consequently, we conducted the current study to examine the effect of bandwidth on suprathreshold measures, such as the MCL, BNL, and ANL. We also examined if a NR algorithm could compensate for any potential noise tolerance issue.

Subjects. A total of 11 adults (2 males and 9 females) with varying degrees of bilaterally symmetrical sensorineural hearing loss participated. Their audiograms (averaged between left and right ears) are shown in Figure 1. All participants were native English speakers. Eight participants had previously worn hearing aids while the remaining 3 had no experience with hearing aids. Their ages ranged from 64 to 80 years, with a mean age of 72 years.

Hearing aid. The miniature Widex mind440-m hearing aids with ClearBand™ (CB) were used in the study. The CB features an integrated two-receiver system (one for high frequencies and one for low frequencies) to achieve a broader bandwidth up to 10 kHz (in-situ) with minimal distortion. Two additional gain handles that allow up to Â±15 dB of gain adjustment in the frequency regions of 5-7 kHz and 7-10 kHz were also available.

The m4-m-CB has two types of noise reduction algorithms. One is a traditional NR algorithm in which the hearing aid reduces gain for the higher input levels as a function of noise level and SNR in the “noise” channels.12 Another noise reduction algorithm, called the Speech Enhancer (SE), reduces gain while attempting to maximize the speech intelligibility index (SII). The amount of gain reduction is calculated from a knowledge of the noise spectrum, the extrapolated speech spectrum, and the hearing loss of the wearer.12 Gain reduction of up to 12 dB and/or gain increase of up to 5 dB may occur in each individual channel when the SE is activated in noisy environments. A previous investigation has shown that this algorithm can improve the SNR of the environment by 1-2 dB.9

Procedures. Three programs (or sets of frequency gain characteristics) were stored in the hearing aids. The first program was the default program (Default-BW), which provided an average 9 dB sensation level (SL) at 4 kHz. The second program (Increased-BW) was adjusted so that its coupler output at and above 4 kHz provided an average of 18 dBSL. The third program (Reduced-BW) provided 0 dBSL at 4 kHz on average. Participants were not informed of the differences among the programs in order to remain blind to the test conditions.

ANL was measured with the procedure described by Nabelek et al.7 Briefly, aided MCL was first determined with NR off using the Connected Speech Test (CST)13 passages spoken by a female talker. A bracketing approach was used to estimate the MCL. Background Noise Level was then measured with the participants listening to CST speech passages presented at their MCLs while a continuous speech-shaped noise was presented in the background. Noise began 30 seconds prior to the presentation of the speech stimulus in order for the adaptive NR algorithms to become fully activated. The highest noise level that the participants can tolerate while keeping the speech intelligible was recorded as the BNL. The ANL was calculated as MCL minus BNL. Thus, a smaller ANL value would suggest greater tolerance for noise.

FIGURE 3. Effect of bandwidth on most comfortable listening (MCL) level.

FIGURE 4. Average BNL values in dB SPL for all participants for each hearing aid BW program with NR off, SII NR, and traditional NR. Error bars (standard error of the mean) are included.

FIGURE 5. Average ANL values in dB SPL for all participants for each hearing aid BW program with NR off, SII NR, and traditional NR. Error bars (standard error of the mean) are included.

One-way repeated-measures ANOVA showed that the effect of bandwidth was significant (F[2,20] = 32.15, p < 0.001, n2 = 0.76). Post hoc analysis with Bonferroni adjustment for multiple comparisons further showed that the MCL measured in the Increased-BW program was significantly lower than the MCLs measured in the Reduced-BW (p < 0.001) and the Default-BW (p = 0.001) programs. Difference in MCL between Reduced-BW and Default-BW was not significant (p > 0.05).

The following observations can be made about the results of the current study:

1) A bandwidth that was below the default bandwidth did not result in any changes in loudness perception (MCL, BNL, ANL) from the default BW.

2) A bandwidth that extended beyond the default BW led to a change in loudness perception. The measured aided MCL and BNL became lower as BW increased.

4) Noise reduction algorithms (classical or SE) reduced the ANL by almost 3 dB regardless of the bandwidth of the hearing aid. This reinforces previous findings, including those of Peeters et al.9 The SE algorithm was about 1 dB more effective than the classic NR algorithm in reducing the ANL in the Increased-BW condition.

The current study shows that a hearing aid with an extended bandwidth (eg, ClearBand feature in the mind440-m-CB) may improve the wearer’s tolerance for noise in a noisy background. To achieve the improvement, the prescriptive gain target needs to accommodate the added bandwidth of the hearing aid.

Unfortunately, the most popular prescriptive targets currently only consider gain up to 6000 Hz. While these prescriptions would likely include a broader frequency range in their future derivations, clinicians fitting hearing aids with an extended bandwidth now may resolve the potential noise tolerance issue simply by lowering the overall gain of the hearing aid by 1-2 dB. If such an adjustment is not possible, the use of noise reduction algorithms (present in the majority of hearing aids today) would likely mask or overcome the potential noise tolerance issue.

Thus, the availability of an extended bandwidth feature in hearing aids can only add to the benefits that people with hearing impairment derive from their hearing aids. 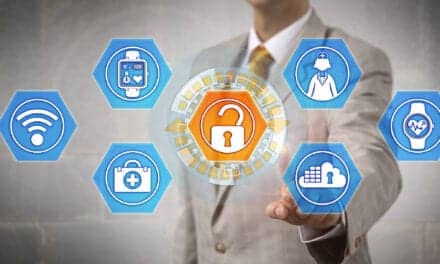 A Changing Audiology Landscape: Six Opportunities for Patients and Audiologists