The merits, drawbacks, and risks associated with over-the-counter (OTC) and mail-order hearing aids and personal sound amplification products (PSAPs) have been debated in earnest for at least three decades, and probably more. The first article I remember publishing on the topic was from Bob Oliveira, founder of Hearing Components (Comply Foam Tips), in a May 2001 paper titled “Can Starter Aids Jump-Start the Hearing Care Market?” At that time, he cited at least five mainstream “starter hearing aids” that included the Songbird disposable aid, Sonic’s Conforma, and ReSound’s Avance.

Two years later, in 2003, Mead Killion and Gail Gudmundsen filed citizen’s petitions with the FDA for an OTC class of hearing aids. One petition advocated for the abolishment of the medical waiver procedures prior to dispensing hearing aids, and the other requested the granting of “over-the-counter sales, distribution and use status to one-size-fits-most hearing-aid-type devices that meet safety and efficacy requirements established by the rule.” The FDA denied both petitions in February 2004. Fast forward to today, and there is a plethora of “starter” devices, online amplification options, apps, PSAPs, and “hearables” on the market. With the FDA’s cause célèbre being the affordability and accessibility of hearing aids, the Agency has now removed the “physician waiver system” and appears to be in the midst of proposing a new classification for OTC devices based on National Academy of Sciences recommendations (see January 2017 HR, p 10). Hearing-related organizations have taken differing positions: ADA and HLAA favor an OTC category, while ASHA, IHS, and HIA generally oppose it, and AAA appears to be taking more of a neutral stance.

The pilot study by Thomas Tedeschi and Jan Kihm featured in this month’s Hearing Review (p 14, published online December 22) provides more evidence for the value of professional care. Specifically, it shows that those people who received professional hearing care services experienced significantly better outcomes across all metrics, including daily usage of the hearing solution; how well each solution met expectations; overall satisfaction rates; the incidence of individuals who stopped using the hearing solutions before the end of the trial period due to dissatisfaction (ie, “instruments in the drawer”); and willingness to recommend the device to a friend or family member—a strong indicator in patient outcomes and perceived success.

Important research continues to focus on this topic. Elizabeth Convery, Gitte Keidser, and colleagues at the National Acoustic Laboratories (NAL) have published several articles about how experienced and inexperienced hearing aid users fare when utilizing a self-fitting approach. In a nutshell, their studies tend to suggest that about half of consumers are able to self-fit (with or without the help of a friend or family member), but the success rate can vary with factors like cognitive status, health literacy, etc. Their latest study, published in the February 2017 JAAA, involves an actual PSAP (SoundWorld Solutions HD100) and confirms their previous work, but also points to problems in properly inserting the receiver in the ear canal for inexperienced users and software/app programming errors for experienced users.

As this edition of Hearing Review was going to press, Larry Humes and his colleagues at Indiana University Bloomington published in the February 2017 edition of the AJA the first-ever placebo-controlled, double-blind, randomized clinical trial of hearing aid outcomes. Perhaps most important, the scientifically rigorous study shows that older adults benefit from hearing aid use. But, interestingly, there were no significant differences in outcome between the OTC and audiology best-practice service-delivery approaches for 5 of the 6 outcome measures, although the OTC group fared somewhat worse when it came to satisfaction with their hearing aids. Fewer OTC participants were also likely to purchase their hearing aids after the trial (see HearingReview.com for more details).

In April, the FTC also plans to host a meeting that looks at competition and innovation in the hearing industry. I hope they read this month’s edition of Hearing Review, including the Tech Topic articles about the Earlens (p 24) and other new hearing aid and testing systems. We are now in an unprecedented age of innovation and competition—and change—in hearing healthcare. 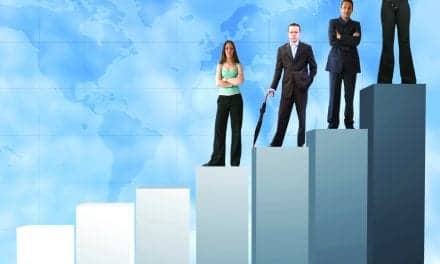 Loving What You Do: The Joy of Not Having to Grumble ‘It’s a Job’