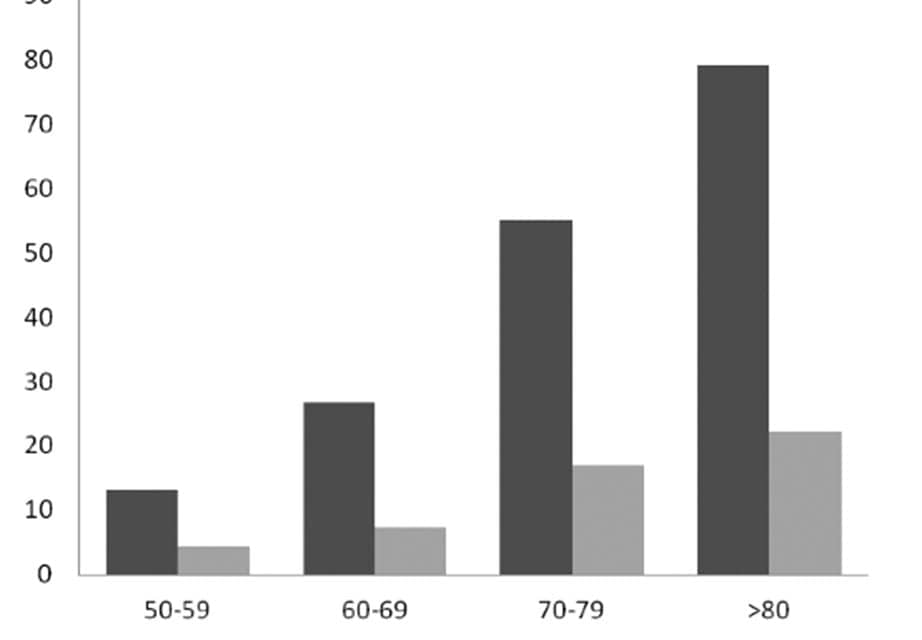 From our experience as clinicians who serve the age-80+ population and the emerging scientific evidence about this patient group, it is older patients who are most likely to benefit from aural rehabilitation (AR) programs, and therefore, more eager to attend AR classes. Future studies on AR and auditory training should focus upon this important population.

James Jerger, PhD, wrote in a JAAA editorial1 that, when the military asked Captain Raymond Carhart, the “Father of Audiology,” to dispense hearing aids to veterans returning from WWII, Carhart said that issuing hearing aids was not enough. Prior to 1942, Carhart had learned from a colleague at Northwestern that there had to be training for maximal benefit. Subsequently, Carhart developed a comprehensive program to improve the listening skills of the young veterans and called it auditory training(AT). Some auditory training programs, including those at Walter Reed Hospital described by Mark Ross, PhD,2 and others in Europe described by Geoff Plant in this issue of The Hearing Review(see p 18), were exemplary (and arguably overkill). However, as Dr Jerger noted, what followed were several decades largely characterized by hearing care professionals paying “lip service to the importance of auditory training.” 1

Among the reasons for a lack of professional acceptance are that aural rehabilitation programs are time-consuming, outcomes are mixed, and there is little or no reimbursement. A plethora of studies on aural rehabilitation (AR) and auditory training programs describe comprehensive curriculums that result in many hours of trainings, some lasting for weeks. In a recent review,3 386 articles on aural rehabilitation for adults were cross-referenced and 8 met the inclusion criteria to assess benefit. It was concluded that, with the combined body of evidence, there is little support to draw any firm conclusions that AR classroom programs are beneficial. Apparently, more rigorous evidence is necessary to guide clinical decision-making regarding how AR programs provide value.

There have been attempts to develop computer-guided online AR, smartphone AR applications, and self-directed AR and AT programs to embrace new technology and address some of the problems associated with classroom training.4 However, there are limitations to self-study programs that conflict with survey results exploring the reasons why some patients want to participate in classroom training. In general, self-study programs do not address the learning needs of the significant others (SO), and many older patients are not comfortable using new technologies. Thus, it seems apparent that AR and AT training methods have advantages, disadvantages, and challenges.

The Older Adult and AR

It is the opinion of the authors that AR programs are better suited for older patients than younger patients due to multifactorial events exclusive to this age group. In this paper, older patients are defined as those 80 years and older.

The mixed findings of AR program outcomes reviewed in clinical studies may be partly due to the heterogeneous group of subjects in the programs. The adult AR studies universally include subjects 50 years and older, and many do not include patients over 75 years of age. A detailed review of AR and AT clinical study designs on PubMed failed to find a single study using entirely older people. The American Speech-Language-Hearing Association (ASHA) endorses hearing screenings for people over age 50, and proposes best-practice guidelines and policies for AR programs for children and adults.5 However, the guidelines fail to define the ages of each group.

Younger hearing-impaired patients generally may not perceive value in attending AR classes because they tend to be more satisfied with hearing aids. The healthy younger patients do not display the comorbid conditions more common in older patients, and therefore do not need to learn some of the compensatory communication strategies taught in AR classes.

The age 80+ population is growing in numbers and living longer. According to United Nations’ data, there are over 9 million people in the United States aged 80+ years, and the worldwide average annual growth rate of the age 80+ population (3.8%) is twice as high as the growth rate of the 60+ age group (1.9%). Unfortunately, this population has a high incidence of hearing loss and comorbidities that include cognitive decline and multisensory deficits. The effects of aging on the brain are complex in that they manifest gradually and in varying degrees.6 The effects of aging may also include some emotional sequelae, such as feelings of depression, helplessness, and frustration. Some of the consequences of hearing loss and depression are insomnia, fatigue, feelings of guilt, lack of concentration, diminished ability to think, social isolation, poor self-reported health, increased odds of hospitalization, and communication barriers with other healthcare providers. The link between dementia and hearing loss is well known, albeit a complex association.6,7 There are many consequences of aging and multisensory dysfunction that also distress family and caregivers, while negatively impacting society and the healthcare system.

A patient-centered medical model is critical in all aspects of hearing care and fundamentally rooted in and driven by that which matters most in a patient’s life. The best possible outcome for patients is aligned with an individual’s healthcare and their day-to-day and longer-term life goals.

Rather than have an AR program be all inclusive, it is much better to target those who require the most attention. Humes et al8 reviewed evidence regarding the existence of age-related central auditory dysfunction and its effects on communication. The authors analyzed 165 articles on central presbycusis and found extensive evidence supporting the deleterious effects of age on the auditory system and on the brain. They also discovered that hearing loss did not correlate well with central presbycusis and its subsequent communication problems. This phenomenon may help explain why young veterans with traumatic brain injuries (TBI) complain of communication problems despite having normal hearing measured by pure-tone testing. Objective and subjective signs and symptoms of young TBI adults parallel those of older adults with central presbycusis, also known as auditory processing disorders (APD). These problems also explain why results on self-reported handicap scales cannot be predicted by the degree of hearing loss.

There are, however, many characteristics of hearing loss prevalent in older people that are known to confound the central auditory system. These characteristics include auditory deprivation, binaural interference, cognitive decline, cochlear dead regions, and temporal disorders.

A plethora of studies have found objective evidence about how age-related brain changes affect neural speech processing. For example, Anderson et al9 reported electrophysiological testing results that support the theory that older adults have a loss of temporal processing and encoding of sound and this contributes to their difficulties with speech perception. Gallun et al10 reported a correlation between electrophysiological testing and speech-in-noise performance. Trouble understanding speech in noise, as well as “hearing but not understanding,” are the most common complaints of older people, and hearing aids have demonstrated less favorable outcomes in this population, absent the use of peripherals such as remote microphones and AT. The literature on hearing aid research reports some elderly people who purchase hearing aids rarely use them. Consumers have traditionally reported the top reason for not wearing hearing aids is poor benefit, particularly in noise, restaurants, and large groups.11 The rejection of hearing aid use by this group appears to be associated, at least in part, with the “inordinate difficulties that elderly listeners” experience in the realistic, degraded listening situations.12 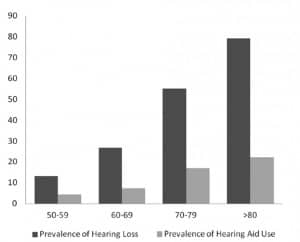 Prevalence of hearing loss and hearing aid use (%) in the United States. Source: Institute of Medicine and National Research Council.20

The current generation of hearing aids, by themselves, will not reduce the deleterious effects of reverberation, rapid speech, or a background of multiple talkers. Moreover, hearing aids can help reduce but not eliminate the impact of excessive cognitive demands of a particular listening task, which may include a considerable memory load, alternating talkers, and minimal contextual cues. Research into AT’s application for patients with APD and cochlear implants, along with recent advances in neurophysiological tools for measuring changes in sensory processing pathways, has led to an increased interest in how and for whom this intervention is beneficial.13

There is a growing body of evidence showing the benefits of using auditory training in the rehabilitation of cochlear implant patients14,15 and patients with APD.16 A critical review of the evidence on auditory training and adult rehabilitation found promising signs within the evidence-based literature supporting the use of auditory training in the rehabilitation of adults with presbycusis.17 There are, however, methodological weaknesses and a lack of statistically significant and clinically relevant outcomes in addition to the inclusion of younger adults. They reported some statistically significant improvements in outcome, but these were modest.

Current evidence should be used as a platform to stimulate the future direction of AR and AT investigation through recognition of past methodological flaws and gaps in past research. Animal and human research using electrophysiologic testing reveals that the plasticity of the brain is partly responsible for the reversal of brain dysfunction. These studies reveal the effects to be global in nature, and benefit many functions such as auditory and cognitive domains.

The new rehabilitation models for brain training reference these studies to justify their benefits. Lessa et al18 studied effects of auditory rehabilitation through the analysis of quantitative and qualitative aspects of the Staggered Spondaic Word Test (SSW) in elderly people who have recently started wearing hearing aids. They found that using hearing aids alone did not change performance on the SSW over time; however, the group that used hearing aids and had aural rehabilitation demonstrated significant improvements, especiallyin the SSW component that measures the function of the left hemisphere. Hennig et al19 studied the effects of hearing aids and rehabilitation on temporal ordering ability, duration, and pitch patterns of sounds in elderly people. They found the auditory rehabilitation program provided satisfactory improvement in recognition, temporal ordering, and naming of duration and pitch patterns of sounds. Both Lessa and Hennig suggest that a top-down approach to managing older patients has the potential of improving the central auditory system. A bottom-up approach—such as that achieved by hearing aids alone—does little to change the central auditory pathways.

It has long been known that AR is an important component of the hearing aid fitting process. However, due to time and a lack of evidence-based outcomes and reimbursement, hearing care professionals have not widely provided comprehensive AR to patients. Multiple rehabilitation models have failed to demonstrate significant benefits, in part, because of the age of the study participants. However, principles of neuroscience, hearing aid satisfaction outcome data, and the unique complaints of older hearing-impaired persons reveal that the complexity of communication necessitates more effort on the part of the hearing care professional than just fitting hearing aids. Some of the evidence that demonstrates poor outcomes with AR reflect the research designs that do not focus on those patients who, because of advanced age, present with the greatest need for AR. Evidence suggests that older patients are most likely to benefit from an AR program and, therefore, this is the group most eager to attend classes. 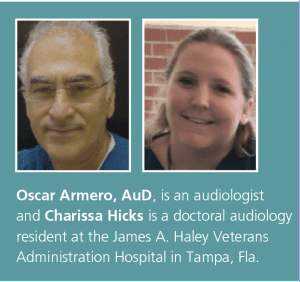 Correspondence can be addressed to HR or: [email protected] 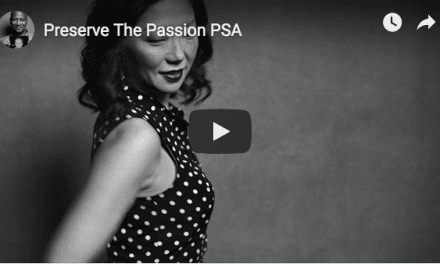 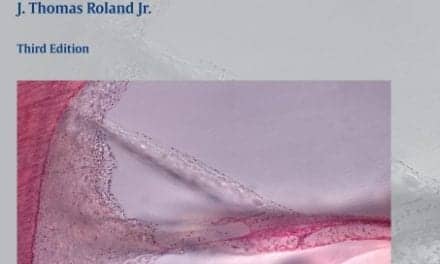