Assessing the Effectiveness of Feedback Cancellers in Hearing Aids

Audible feedback oscillation is among the most prominent problems with hearing aids.1 In some cases, the annoyance associated with feedback may be sufficient to negate the perceived benefits of amplification, resulting in non-use of the hearing aid.

With the advent of digital signal processing (DSP), audible feedback oscillation can be minimized without sacrificing gain, audibility, loudness, and speech intelligibility. DSP-based electronic controls for minimizing audible feedback oscillations are desirable because: 1) they permit greater usable gain; 2) they allow the provision of adequate gain with an open earmold or a shell with a large vent, and 3) certain types of feedback controls can adapt to changing environments, such as when a telephone placed close to the ear.

Since FBC algorithms simply cancel out the unwanted feedback, this technique should result in added stable gain (ASG)—an increase in the maximum stable gain (MSG) with FBC on compared to that with FBC off. MSG is the greatest amount of gain that can be provided without interference from audible feedback oscillation. Practical considerations, such as environmental acoustics and the processing capabilities of the DSP chip in a hearing aid, limit the potential improvement in MSG to 15-25 dB.2-4

Acoustic leakage is characterized by means of an initialization performed in the clinic. The threat of feedback remains a real possibility even after initialization because the feedback path does not remain constant over time. Movements of the jaw and head, variations in insertion of the earmold into the ear canal, and the presence of objects, such as a telephone receiver, all change the characteristics of the acoustic leakage. Under these conditions, adaptive FBC is most effective because it can accommodate changing feedback paths.

Several authors have reported on benchmarking of FBC.2,3,5 This article extends and improves upon Freed and Soli’s methods3 to increase the objectivity and repeatability of the measurements. Toward that end, it characterizes the (adaptive) feedback cancellers of hearing aids from six different manufacturers on measures of added stable gain, susceptibility to entrainment, and sensitivity to changes in the acoustic feedback path.

The BTE device style was chosen for evaluation to minimize differences in coupling to the ear as a source of variability. Thus, all devices were connected to the same earmold. The hearing aids were programmed linearly with a flat frequency-gain response. All adaptive features unrelated to FBC (eg, directionality, noise reduction, and expansion) were turned off. The feedback canceller was initialized whenever that option was available in the fitting software.

Measurement set-up. The measurement setup is shown in Figure 2. The KEMAR manikin is at the center with the hearing aid under test placed in the right ear. A white noise is played through a loudspeaker placed 1 meter in front of KEMAR, and a microphone records the sound in the ear canal. The red, cone-shaped acoustic reflector, which mimics a hand or phone, is mounted on a linear slide controlled by a computer. Together, the linear slide and acoustic reflector constitute the path change simulator (PCS) used to imitate a phone or hand approaching the ear.

Assessment of Added Stable Gain
Method. ASGs were calculated using the setup shown in Figure 2. The signal recorded in KEMAR’s ear canal has three components: acoustic leakage, hearing aid response, and feedback. By performing the measurement at different gain settings of the hearing aid, the feedback component can be distinguished from the other two, and MSG is estimated as a function of frequency. ASG is calculated as the difference between MSG with FBC off and MSG with FBC on. The authors have verified that the ASG calculated in this manner is exactly the same4 as that measured using the traditional method.3-5 (MSGs are traditionally determined by increasing the overall gain of the hearing aid until audible feedback oscillation occurs.)

Results. Figure 3 shows the results for single measurements on all six devices. ASG values range from 3.5 dB for Manufacturer D to 16.3 dB for Starkey’s Destiny 1200 hearing aid. In fact, only four of the devices tested had ASGs of at least 10 dB. The ASG is often limited if FBC is not active at low frequencies. This is usually done to avoid entrainment artifacts.

Two noteworthy points should be added. First, in reality, the maximum gain that can be applied varies as a function of frequency. The smaller the feedback path, the more gain that can be achieved before audible feedback oscillation. Second, MSG with FBC-off and FBC-on is summarized as the gain at the peak of each response, regardless of the specific frequency at which it occurs in each condition. From a practical point of view, feedback is most likely to occur at a frequency where the feedback path is largest, as indicated by the peak. Moreover, when feedback occurs, its frequency characteristics make no difference to a hearing aid user.

Assessment of Entrainment
ASG is the primary yardstick used to quantify the adequacy of FBC. However, high ASG is valuable only if the hearing aid retains good sound quality and does not show entrainment artifacts in response to tonal input signals.

The hearing aids were programmed with 25 dB linear gain across the frequency range. Care was taken to ensure that this was at least 5 dB below the MSG in the FBC off condition. The output of the hearing aid in KEMAR’s ear canal was recorded with FBC off and on.

The difference between the short-term spectra of the FBC off and FBC on signals were calculated using a technique described by Boll.6 Then, a perceptual correlate of overall entrainment level was calculated based on the loudness and sharpness of this difference.7 Entrainment level is interpreted in perceptual terms as shown in Figure 4.

Changes in Feedback Path
Jaw and head movements, improper insertion of the hearing aid, wearing a hat, and using a telephone are some examples of everyday activities that alter the feedback path. In addition to dealing with tonal input signals, good FBC also eliminates feedback in the presence of sudden changes in the acoustic feedback path.

Method. Figure 2 shows the PCS used to simulate an acoustic path change. Prior to initiating the path change, the MSG with FBC-on is calculated for the PCS at the start and final positions. To ensure stability of the device under static conditions with an object near the ear and at a distance, the gain of the hearing aid was then set 1 dB below the lower of the two MSGs. A white noise was played at 50 dBA while the output of the hearing aid was recorded. During the recording, the PCS was moved quickly towards the ear.

For analysis, the recorded output was scaled to account for differences in gain with the object near the ear and at a distance. The loudness and sharpness of the scaled output were calculated. This information was used to derive an overall annoyance level based on the psychoacoustic annoyance.5 The annoyance level, which can take values between 0 and 140, is interpreted as shown in Figure 6.

Figure 7 shows the annoyance level for the five hearing aids evaluated. Three of the hearing aids had no oscillation in the output signal: Starkey’s Destiny 1200, and Manufacturers B and D. Manufacturer A had loud and annoying oscillation but achieved stability after three seconds. It is generally expected that hearing aids that handle tonal inputs well will score poorly on handling path changes, and vice-versa. Although this is true for Manufacturer E, this expectation clearly does not hold true for all the devices evaluated here. Specifically, Starkey’s Destiny 1200 performs well on the entrainment and path change tests; Manufacturer C does rather poorly on both measures.

Discussion
A new test methodology was developed to objectively characterize FBC in terms of ASG, susceptibility to entrainment, and sensitivity to acoustic feedback path changes. The method was used to assess hearing aids from six manufacturers. The outcomes of each assessment are summarized in Table 1 and may be described as follows:

Added stable gain. There is a substantial range across manufacturers, from 3 dB to 16 dB. The ASG often depends on the lowest frequency at which the FBC operates. FBCs that operate only at higher frequencies will offer no ASG for patients with significant acoustic leakage at low frequencies. Small ASGs offer little or no advantage in delivering necessary gain. In addition, operating a hearing aid close to its MSG results in poor sound quality.

Sensitivity to changes in the acoustic feedback path. Only five hearing aids were evaluated because one used non-adaptive FBC and could not be tested. Three of the devices evaluated showed objectionable levels of annoyance due to audible feedback oscillation. The obvious implication is that individuals using these devices at or close to the MSG are prone to feedback with jaw and/or head movements, when putting on a hat, etc. They are also more likely to remove their hearing aid before putting a telephone up to the ear.

The clinical relevance of MSG and ASG is highlighted in Figure 8. The blue curve indicates the gain prescribed by the NAL-NL1 fitting formula for an input of 50 dBSPL8 while the red curve shows MSG with FBC off. Notice that, between 2,000-4,000 Hz, the prescribed gain exceeds the maximum achievable feedback-free gain. Under such circumstances, the clinician may be forced to sacrifice audibility and decrease the gain of the hearing aid to eliminate feedback. Adding a robust FBC algorithm increases the MSG by approximately 16 dB, shown by the green curve. As a result of this additional gain, no compromises are required in the application of gain. High ASG is especially critical for open fittings where there is a greater risk for feedback. Further, good sound quality is retained by not operating the hearing aid close to its MSG.

Adaptive feedback cancellation is essential to accommodate changes in the acoustic feedback path, such as placing a telephone by the ear or putting on a hat. However, because of the difficulty of differentiating a tonal signal from feedback, adaptive systems are prone to entrainment artifacts. Entrainment artifacts can be eliminated by using a non-adaptive FBC. Thus, the goals of adapting to a changing feedback path and minimizing the occurrence of artifacts are contradictory. It is relatively easy to achieve one goal or the other. The hallmark of good FBC is striking the right balance between the two extremes. The results of this study highlight the fact that not all feedback cancellers are created equal. Further, only one hearing aid, Starkey’s Destiny 1200, achieved best-in-class status on all measures of the assessment: added stable gain, entrainment, and path change.

Dos and Don’ts of Open Fittings 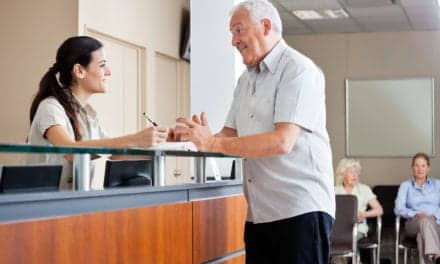 Cold Hard Decisions: Hiring Another Professional for Your Practice