The primary goal of most hearing aid fittings is to provide audibility, optimize intelligibility, and maximize sound quality. A secondary goal, which often is overlooked and seldom assessed clinically, is aided localization. The ability for hearing aid users to detect where sounds are coming from is important for many reasons. Obvious examples involve safety (a car horn honk on a busy street) or identifying a sound based on its location. Knowing from where a voice originates or locating a new talker in a group provides important visual cues and also assists in effective communication and may lead indirectly to improved speech understanding. Moreover, simply locating and pairing sounds with visual stimuli in the everyday environment assists in relaxed listening and an enhanced overall enjoyment of the world.

For people who have hearing loss, the assumed benefit of using amplification is that by providing audibility, especially in the high frequencies, localization is improved. It is possible, however, that no improvement is noticed, or in the worst case, aided localization actually is worse than unaided performance. There are few data available regarding aided localization satisfaction, as most outcome measures do not directly address this topic. Based on a recent survey of 1,511 individuals, however, Kochkin1 reports that only 66% of hearing aid users are satisfied with their aided “directionality” (localization), and only 12% reported that they were “very satisfied.”

Over the years, there have been numerous studies of localization for normal-hearing individuals.2 To discern left-versus-right discrimination, we know that spectral differences, interaural time differences (ITDs), and interaural level differences (ILDs) are important (Figure 1). Left/right discrimination deteriorates significantly when hearing aid users are tested with different microphone modes fitted on the two ears,3 or adaptive directionality.4 Thus, synchronization of left and right hearing aids is required to ensure good left/right discrimination.5 However, for localization of elevation (above or below ear level) and for front/back differentiation, the determining factor is the monaural high frequency spectral cues that are shaped by the pinna. Figure 1 illustrates that ILDs and ITDs are the same for frontal and rear sound sources, and thus cannot be used for front/back discrimination. Due to reflections of incoming sound in the pinna, high frequencies are shaped differently for sounds coming from the front and rear. These differences are used by the auditory processing centers to determine whether a sound source is located in front or behind.

Because of the importance of both binaural processing and audibility for localization, it would be expected that well-fitted bilateral hearing aids result in similar localization ability between hearing-impaired and normal-hearing individuals. Unfortunately, even with bilateral fittings, localization problems remain, perhaps due to such factors as cochlear temporal distortions, poor high frequency audibility, long-standing hearing deprivation, direct-versus-amplified sounds, and/or hearing aid processing delays and features (eg, compression, directional technology, noise reduction algorithms, etc).

Another factor that can have a negative impact on aided localization, especially for elevation and front/back performance, is hearing aid microphone location.6 This is particularly an issue with behind-the-ear (BTE) hearing aids, where the microphone location essentially negates the normal pinna and concha collection and shaping properties. There is some improvement for traditional ITE custom hearing aids, as the microphone is now located in the concha. When deep-fitted CIC products (faceplate located at the opening of the ear canal) were introduced in the 1990s, a reported benefit of this hearing aid style was improved localization. Research with this product indeed revealed that both horizontal and vertical localization for hearing-impaired individuals (mild-to-moderate losses) was significantly better than with a conventional ITE instrument, and essentially equal to that of people with normal hearing.7 In recent years, however, the popularity of CIC instruments has waned with a rapid growth in the use of BTE hearing aids—fueled by the popularity of open-canal fittings. Hence, localization issues continue to be an important concern in hearing aid design and with fitting algorithms.

As mentioned, one factor that is important for elevation and front/back localization is the spectral shaping provided by the pinna. One method, therefore, to potentially enhance aided localization for a BTE microphone placement would be to attempt to replicate this unique shaping through processing of the input signal. A new hearing aid technology to accomplish this shaping is TruEar by Siemens.

Figure 2 illustrates how TruEar restores pinna effects. In the human ear, due to the reflections and resonant characteristics of the outer ear, frequencies above 1.5 kHz are amplified for sounds from the front relative to other azimuths. As a result, a positive directivity index (DI) is obtained for these frequencies. With conventional BTEs, directionality at high frequencies is reduced compared to the unaided human ear, as sound is picked up effectively behind the ear and thus does not include the direction-specific shaping by the pinna. Hence, it is not surprising that front/back discrimination might be degraded with BTEs.

In order to restore aided localization with BTEs, TruEar mimics the frequency-specific directivity of the human outer ear. This is accomplished by adjusting the hearing instrument’s directional microphone system to match the directivity pattern of the pinna as closely as possible. As shown in Figure 2, hearing instruments equipped with TruEar provide a very similar directivity at high frequencies to the unaided ear. Note that hearing instruments with a microphone located close to the ear canal entrance (eg, CICs), do not require TruEar, as they can use the natural pinna effects.

Theoretically, any directional microphone system with a positive directivity index will introduce cues that can be used for front/ back discrimination—even if the directivity of the natural open ear is not exactly simulated.8 Therefore, the benefits of TruEar were compared not only to omnidirectional, but also to hearing aids using traditional full-directional technology in a clinical study.

Following the guidelines of evidence-based practice, any new technology introduced in hearing instruments must have proven its efficacy and effectiveness. Whereas efficacy relates to technical measurements (eg, electroacoustic assessment in an anechoic chamber), evidence for effectiveness typically requires patient testing and real-world relevant conditions. With regard to TruEar, efficacy was shown by the directivity index measurements (Figure 2). To address the issue of effectiveness, a study was conducted at the National Acoustic Laboratories (NAL) that investigated whether TruEar significantly improves front-to-back discrimination in hearing-impaired listeners for real-world sounds.9

A total of 21 hearing-impaired subjects with a median age of 75 participated in the study. The participants’ bilateral three-frequency (0.5, 1, and 2 kHz) average hearing loss ranged from normal to severe (range: 12.5 to 62.5 dBHL). In addition, normative data from 30 normal-hearing listeners were collected. BTEs (Siemens Motion 700 M prototype) with individual earmolds and appropriate venting were used in this study. Test devices were fitted bilaterally according to the NAL-NL1 prescription.10 Four test conditions were used: 1) omnidirectional, 2) TruEar, 3) an alternative implementation of TruEar that simulates human directivity only above 2 kHz, and 4) full directional microphone technology. Aided localization performance was measured on the hearing-impaired listeners at the initial fitting and 3 weeks post-fitting with each scheme to check for adaptation effects.

The results of the study revealed that when unaided, the hearing-impaired listeners performed significantly poorer than the control group of normal-hearing listeners. This was true across all stimuli, especially in the front/back dimension where front/back confusions were prominent. When aided bilaterally in the omnidirectional mode, localization performance was similar to the unaided performance. When aided with either type of TruEar, there was no significant difference (as compared to omni or each other) for left-versus-right discrimination. Full directional processing, however, significantly degraded L/R discrimination for high frequency weighted stimuli.

As discussed earlier, one of the primary design goals for TruEar was to assist with front/back discrimination. The results at 3 weeks post-fitting are shown in Figure 3. Observe that, for the three stimuli with sufficient high frequency information (3 kHz pink noise, squawking birds, and speech), front/back discrimination was significantly improved with TruEar. Full directional processing shows a trend to improve aided localization; however, these results were not significant. Similar results were obtained for the alternative implementation of TruEar, which mimics the open ear only above 2 kHz.

These findings suggest that a rather close approximation of the directivity of the unaided ear is required to achieve a significant improvement. In general, the subjects made significantly fewer front/back errors with TruEar than with omni or full directional processing. For individuals, the front/back RMS error was decreased by up to 57° with TruEar relative to the performance with the omni scheme, corresponding to a 27% reduction in front/back reversals.9 Not surprisingly, there was no significant difference across test conditions for stimuli that do not carry high frequency energy (0.4 kHz pink noise and traffic).

In addition to mean values of RMS errors, a distribution was calculated for the “best” fitting for localization. Figure 4 shows that TruEar processing was beneficial for most (more than 75%) of the 21 hearing-impaired listeners for stimuli with high frequency cues. About 20% of the participants, however, did not show improved front/back localization with TruEar.

Based on the data collected in this study, it is unfortunately not possible to completely explain inter-subject difference in benefit, but at least some of the variance is contributed by the following factors:

Although some patients already demonstrated a clear improvement in localization with TruEar directly after fitting, a significant group effect was observed only after 3 weeks. Apparently, most subjects require an adaptation of at least 3 weeks to be able to show benefit from TruEar. It is currently unknown if further improvement occurs beyond 3 weeks.

With a BTE hearing instrument, important localization cues provided by reflections in the pinna are lost. TruEar, a new algorithm from Siemens, attempts to mimic these pinna effects. The results are a directivity pattern similar to that of the unaided open ear. Behavioral study of this processing demonstrated that aided front/back discrimination is significantly improved with TruEar over omnidirectional processing. The improvement is significant after 3 weeks’ adaptation. As high frequency cues are required for front/back discrimination, only high frequency weighted stimuli showed significant improvement of localization when aided with TruEar. Full directional microphone processing or less accurate simulations of the human ear did not significantly improve front/back discrimination. 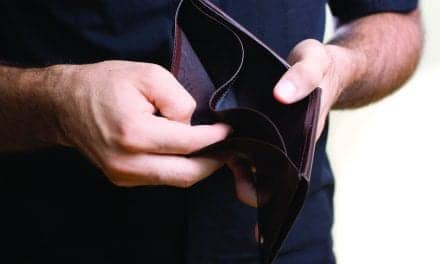