Two new products were launched during the first quarter,  ion 400 and Velocity miniBTE while data from that same period indicated continued financial improvement in vertically integrated operations, according to a Sonic Innovations source. Four acquisitions with annualized revenue of approximately $4.2 million were also completed in the first quarter, during a period when the company announced  the kick-off of its 10-year anniversary celebration.

"I am pleased with the performance of the Company’s core business units in North America, Europe and Australia which was fueled by our newest products, ion 400 and Velocity miniBTE, enhanced customer service and marketing programs, continued manufacturing cost savings and gross margin expansion," says Sam Westover, president and CEO.  "Industry data shows the U.S. hearing aid market experienced more than a 5% decline in sales during the month of March.  While we have also experienced some softness in the North American market as a result of the downturn in the economy, we believe this situation is temporary.  We are executing our business strategies, producing significant customer satisfaction and introducing exciting new products."

The company reports that in the first quarter it began to consolidate several of its European operations in an effort designed to reduce expenses and focus management and resources on those markets that provide the greatest opportunity for increased profitability.  The Sonic Innovations expects that the consolidation activities will result in a total of approximately $1.3 million in non-cash and $2.5 million in cash restructuring charges in 2008. For the first quarter of 2008, the Company recorded a restructuring charge of $0.6 million, or $0.02 per share.

Regarding the Company’s announcement to consolidate some of its European operations, Sam Westover stated, "During the past two years, we have been very successful in improving our gross margin from 55 percent to 64 percent.  We expect that the consolidation of some of our European operations will improve our administrative costs as a percentage of revenue which is an important next step.  I continue to be optimistic that, excluding charges related to this initiative, we will achieve our earnings targets for 2008 and we will be even better positioned for earnings growth going forward."

Gross profit of $20.4 million in the first quarter 2008 was up 15.1% from 2007. Gross margin hit a first quarter record of 64.0 percent in 2008 compared to last year’s first quarter level of 61.2 percent as a result of lower return rates and warranty costs, cost reduction activities in manufacturing and sales mix.

The auditory testing equipment division was sold in February 2007 and has been reflected as a discontinued operation. 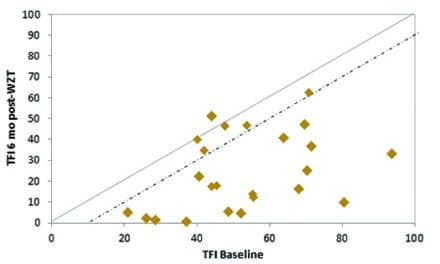 Clinical Trial on the Effectiveness of Widex Zen Therapy for Tinnitus 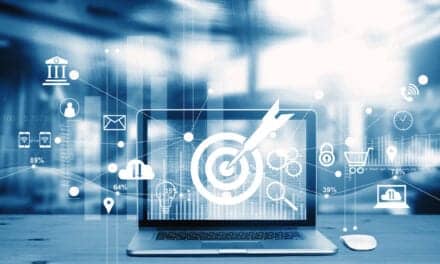