What America needs is a good, inexpensive hearing aid battery. Actually, the country already has that, so what America really needs is a lot more conveniently located outlets at which consumers can purchase the long-lasting yet affordably priced power cells that are available.

Seeking to deliver on that very need, Invacare Supply Group (ISG), a Holliston, Mass-based medical supplies company, has stepped up to the plate with a distribution program aimed at putting its own value-laden, private-label hearing aid batteries in thousands of smaller drugstores and home care supply shops—independent retailers that traditionally have not stocked these items, or that, if they have made the attempt to carry them, have not racked up much in the way of success.

“The opportunity to sell hearing aid batteries has been enthusiastically welcomed by many of our customers,” says Greg Bosco, ISG’s director of merchandising and marketing, who was instrumental in developing this program.

A big reason for the warm reception is that ISG’s retailers see the offering as a potentially lucrative new source of cash income.

“Drugstores and others that have long been dependent on Medicare, Medicaid, and private insurance for revenue are facing serious financial problems due to cuts in reimbursement rates that now go way too deep,” Bosco says. “Our battery program is a vehicle to maximize retailer income by attracting more out-of-pocket cash sales. The program is designed around the idea that retailers should sell not what they think their customers want, but what their customers are known to need.”

Emphasis on Value
ISG provides only the four most commonly requested sizes of hearing aid batteries, as a means of ensuring that product flies off the shelf. “In deciding on the sizes to include in our program, we looked at what the manufacturers were recommending and selling,” Bosco says. “We focused on the top SKUs, which we determined to be battery sizes 10, 13, 312, and 675. Later on, we plan to expand that roster with second-tier bestsellers.”

The retailers that ISG has targeted could just as easily procure hearing aid batteries from other sources; however, obtaining them at a price that matches ISG’s is another story, Bosco says. “Take drugstores, for instance; most of our customers in that segment are considered too small to order directly from the biggest and best-known names among battery makers, so they have traditionally had to go through a distributor—usually the same distributor they get their pharmaceuticals from. Unfortunately, pharmaceutical distributors tend to do a much better job supplying pharmaceuticals than hearing aid batteries. And, more unfortunately, those distributors routinely supply batteries that are overpriced.”

Bosco contends that the wholesale cost of ISG’s batteries is low enough that an independent outlet could effortlessly—and painlessly—go toe to toe on the product’s everyday retail price against any of the major national drugstore chains, which have the ability to command volume discounts and then pass along the savings to customers.

ISG is a wholly owned subsidiary of durable medical equipment heavyweight Invacare Corp. While the batteries distributed by ISG are branded with the Invacare name, they are manufactured by an unaffiliated company in Germany.

While these batteries are not considered breakthrough products with regard to any aspect of their design or engineering, Bosco says the thing that sets them apart is “their value.”

The batteries come packaged in a cardboard-backed, plastic-faced dial pack, with bubbles for six batteries, and are designed to be placed on a shelf hanger or countertop display rack—ideally, set alongside the checkout register to stimulate impulse buying.

Invacare Supply Group offers the four most commonly requested sizes of hearing aid batteries, including the 675.

Batteries are shipped from ISG’s six continental US distribution centers. The company accepts orders from retailers only, but its home delivery program allows retailers to have products shipped directly from ISG to the consumer, in the name of the retailer.

“Typically, a consumer walks into a drugstore and requests a product that’s not normally stocked,” Bosco says. “Rather than turn away that consumer, store personnel pick up the phone or go online and place an order with us for that desired product. We then ship it within 24 to 48 hours, except for Hawaii and Alaska, where it takes us longer to reach because we don’t have a physical presence in those places. About 60% of our business is shipped directly to the end user on behalf of our customers. In these instances, we serve as our customer’s virtual distribution center.

“The battery program, on the other hand, by and large, entails only in-store, cash-and-carry transactions. The main exception is those stores that also sell the batteries online through Internet e-commerce Web sites they’re operating; about 20% of our program participants are currently doing this.”

Process of Education
While retailers are ISG’s main customer base, audiologists and dispensers too can participate in ISG’s battery program, although they are not doing so in any appreciable numbers. One of the main reasons for this, according to Bosco, could be that consumers, especially those who are elderly and less mobile, prefer to make as many of their purchases as possible from the most convenient source. That gives pharmacies a huge advantage over audiologists since there are vastly fewer convenient audiologist and dispenser offices than there are corner drugstores. Thus, if consumers have a choice between traveling five city miles to purchase a battery from an audiologist or driving just a couple of blocks to buy that same item from their neighborhood druggist, more than likely they will opt for the quick, short trip.

Those wanting to begin offering hearing aid batteries can request a merchandise starter kit from ISG. The major element of the kit is an eye-catching countertop display system fitted with enough metal hooks to hold a total of 60 battery packages. Included are two boxes each of sizes 13 and 312 batteries and one box each of sizes 10 and 675; each box contains 10 six-packs. The display system features an integrated literature holder into which may be placed the consumer-oriented point-of-purchase brochures and pamphlets that come with the kit. There is also a poster and a compact, color-coded display chart that allows consumers to readily cross-reference the proprietary model numbers of several leading brands and private-label products.

Earlier this year, ISG began supporting its customers with direct-to-consumer advertising in the form of four-color, four-page circulars. From cover to cover, these Sunday newspaper inserts tout the many available Invacare-branded consumables and hard goods, including hearing aid batteries, which are individualized for each retailer. “Basically, we put our customer’s name on the banner so that it appears to have come from that individual store or chain,” Bosco says. “We’re telling consumers that this store is now the place to go to for all these excellent, quality products.”

In contrast to its consumer marketing, ISG is taking a decidedly low-key approach with its outreach to retailers. “We disseminate information that is education-oriented,” Bosco says. “The businesses we’re hoping to attract into this program are those that have not traditionally dealt with hearing aid batteries and other high-profile ancillary health care products. So we talk to them about market size and market penetration, and try to get them to understand why they need to start offering these kinds of products.”

Assisting Customers
In addition to batteries, ISG offers retailers a selection of assistive listening devices, including a battery-operated vibrating pillow alarm clock with an extraloud wake-up claxon; a phone strobe, powered by the phone line itself, that flashes in rhythm with the ringer; an in-line amplifier that connects to an ordinary phone and lets the user increase the handset’s earpiece sound level as much as 20 times greater than the maximum it would otherwise be capable of reaching; and a full-featured amplified phone that pumps up the volume to 45 dB, with special circuitry that keeps the sound crisp at the highest setting, and has a 95 dB ringer, plus an extra large keypad and display for users who are visually impaired as well.

As with its battery picks, the company was at pains to run with only those assistive listening devices bearing the greatest promise of retail success. “We chose these particular products after gathering ideas from trade shows—we visited as many as possible—and after carefully reviewing all the manufacturer promotionals that came to us in the mail,” Bosco says. “We also extensively surfed the Internet for important clues as to products people need and have been buying. We didn’t want to add product to our program just for the sake of being able to say we carry it in the hope of maybe being able to sell it. There first had to be a strong potential for return on investment.”

The hearing aid batteries and assistive hearing devices constitute just one element of ISG’s retail cash-builder program. In total, there are more than 800 products offered—everything from ostomy supplies to home medical diagnostic instruments. The common thread: They are all ancillary goods a retailer can easily stock and integrate with a store’s existing core business.

PERFECT TIMING
Bosco thinks the timing could not be better for the type of hearing aid battery program ISG has set into motion, given that the vanguard of the Baby Boom generation turns 60 this year.

Launched only last September, ISG’s battery program already has exceeded company expectations in terms of retailer acceptance, and there are hints it may also surpass its financial goals when the performance figures are officially tallied later this year. “The program is right where we thought it would be in terms of the business plan and our margins,” Bosco says. “It’s helping us grow our overall business by giving us a new dimension. It’s made us even more valuable to our customer base. We’re very pleased with the direction this is headed.

“This is a worthwhile program on several different levels,” he says, “not the least being that it’s incumbent upon us to help our customers stay in business.” 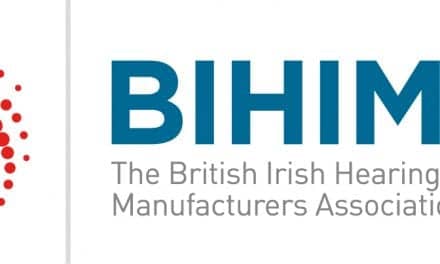 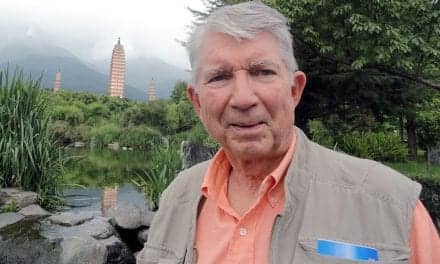 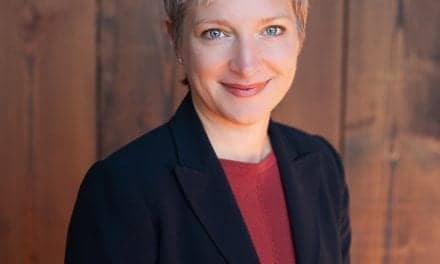