A second drug test on cyclist Floyd Landis revealed elevated signs of a synthetic testosterone level during the Tour de France, which Landis had won. This latest test result could place his victory in jeopardy.

“The Phonak Cycling Team has learned from the International Cycling Union (UCI) that team captain Floyd Landis’s B sample has also resulted in a positive finding of doping,” the team said in a statement. “As a result, Landis will be dismissed without notice for violating the team’s internal Code of Ethics.”

The team says Landis will continue to have legal options to contest the findings, but the Phonak team will not be involved.

“As sponsor of the Phonak Cycling Team, we are extremely disheartened by the positive result of Floyd Landis’ B sample,” the company said in a statement. “As already announced at the beginning of the year, we will end our sponsorship of the Cycling Team by the end of 2006. After 7 years sponsoring a sports team, we are looking forward to presenting in autumn our new involvement in the arts, which will have a closer link to the sense of hearing.” 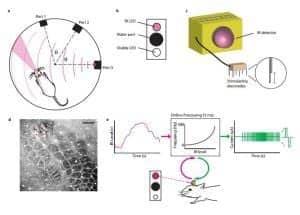 Growth Continues to Accelerate for Avada