A Touching Video Documentary Produced by a Cochlear Implant Recipient

Many third person documentaries have been produced about cochlear implant recipients. Now, an Oxford University student in the United Kingdom has produced a first person documentary that shares her experience of hearing the world through a cochlear device.

The video was made by cochlear implant recipient Helen Willis, who starts by briefly explaining the technical aspects of an Advanced Bionics’ cochlear device. But that’s only a small part of the video’s 9 minute length.

Most of the video shares Willis’ life with the implant, which she received after contracting meningitis as a child.

Perhaps the most powerful aspect of the film is how Willis contrasts two hearing worlds. She first shows a normal person hearing a conversation, and then she shows the same conversation as heard through a cochlear implant.

As a result, the viewer gets to experience Willis’ cochlear-filtered world in university classes, at a pub with friends, and in her life at home. Viewers also see the extra help that she still needs from external technology and helpers to function optimally as an Oxford student.

The touching video may be helpful for the hearing world to truly understand a cochlear recipient’s hearing abilities, as well as the device’s current limitations. 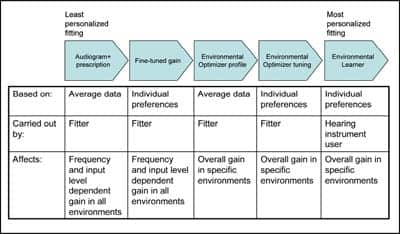