Direct evidence of bacterial biofilms has been found on the middle ear tissue of children who suffer from chronic ear infections, according to a study published in the July 12, 2006, Journal of the American Medical Association (JAMA) by researchers from the Allegheny Singer Research Institute (ASRI) at Allegheny General Hospital in Pittsburgh, the Medical College of Wisconsin, and Children’s Hospital of Wisconsin, Milwaukee.

Biofilms are antibiotic resistant colonizations of bacteria that attach to surfaces and form a slime-like barrier that acts as a formidable defense mechanism, protecting the bacteria from eradication.

The discovery of biofilms in the setting of chronic otitis media represents a landmark evolution in the medical community’s understanding about a disease that afflicts millions of children worldwide each year and further endorses the emerging biofilm paradigm of chronic infectious disease, said Garth Ehrlich, PhD, principal investigator and executive director of the ASRI Center for Genomic Sciences.

Over the past 10 years, Ehrlich and J. Christopher Post, MD, PhD, FACS, an Allegheny General Hospital pediatric ear specialist, have pioneered the biofilm theory to explain the persistence of chronic ear infections. In 2002, the team published in JAMA (April 2002;287:1710-1715) the first animal evidence of biofilms in the middle ear, setting the stage for the current clinical investigation.

According to co-investigator Joseph E. Kerschner, MD, “Today’s study completely alters the concept about how physicians should approach the treatment of children with otitis media. This historic finding sheds new light on the decreasing efficacy of antibiotics in treating kids with ear infections and has serious implications about the future direction of therapeutic research.”

“Nearly all of the children in our study who suffered from chronic otitis media tested positive for biofilms in the middle ear, even those who were asymptomatic. It appears that in many cases recurrent disease stems not from re-infection as was previously thought and which forms the basis for conventional treatment, but from a persistent biofilm,” Ehrlich said.

“Given that bacteria living in biofilms are metabolically resistant to antibiotics, this study makes a definitive, scientifically-based statement against the use of these drugs to treat children with chronic ear infections. It simply does not help the child and increases the risk of breeding more resistant strains of bacteria,” he said. 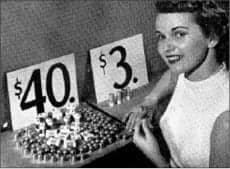