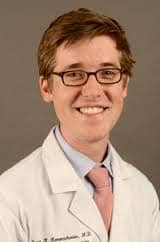 According to a research report from Massachusetts Eye and Ear and Harvard Medical School, the April 15, 2013 Boston Marathon bombings led to ruptured eardrums and ongoing hearing problems for many of the surviving victims. The research report, which will appear in the December 2014 issue of the journal Otology & Neurotology, describes the types of otologic injuries people sustained in the tragedy, and the outcomes of the patients who are undergoing otologic treatment.

Dr Kyle Remenschneider, Massachusetts Eye and Ear, and Harvard Medical School, cared for many of the bombing victims.

Ninety-four of the injured individuals reportedly elected to enroll in an eight-institution study that began before the end of April 2013 through the efforts of Harvard Catalyst. All eight institutions involved in the study are affiliated with Harvard Medical School.

“The purpose of this report is describe the burden of otologic injury following the Boston Marathon bombings and to understand how otologic trauma has affected patients’ quality of life,” said lead author Aaron Kyle Remenschneider, MD, a research physician affiliated with Massachusetts Eye and Ear and Harvard Medical School. Dr Remenschneider was Mass. Eye and Ear’s chief resident at the time of the bombings and cared for many of the victims. 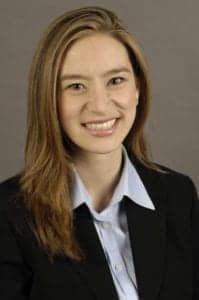 “Of the 94 patients that enrolled, only 7 percent had any otologic symptoms prior to the blasts,” said Alicia Quesnel, MD, senior author and otologic surgeon at Mass. Eye and Ear and Harvard Medical School, who continues to provide care for these patients. “All patients evaluated reported hearing loss or tinnitus.”

Seventy-nine patients had initial audiograms available for review that revealed conductive, sensorineural or mixed hearing losses. Ninety percent of hospitalized patients suffered ruptured eardrums. Those who were closest to the blasts and who had other significant injuries also experienced ruptured eardrums. Twenty-one non-healing eardrum perforations were surgically repaired with closure of the perforation in all but two.

“Our conclusion is that blast-related ear injuries constitute a major source of ongoing morbidity following the bombings,” said Dr. Quesnel. “Patient symptoms continue to evolve and many patients have ‘hidden hearing loss,’ which may not be apparent on routine hearing tests. There is a definite need for long-term follow-up assessments to ensure that patients receive appropriate testing and treatment.”

According to Massachusetts Eye and Ear, the need for ongoing care for hearing-related issues was acknowledged in September 2014 when One Fund Boston, the charity created to accept and distribute donations to help those affected by the bombings, created the One Fund Center, which will serve patients who have had difficulties with tinnitus and other hearing-related problems; mental health issues, including post-traumatic stress disorder and anxiety; and traumatic brain injury and its associated symptoms such as headache, cognitive symptoms and balance difficulties. Hearing loss and tinnitus care, will involve a combination of medical evaluation, hearing testing, pharmacologic intervention, acupuncture and stress management techniques.