Structure of Inner-Ear Protein is Key to Hearing and Inherited Deafness, Says Study

Rising from the top surface of each of the specialized receptor cells in our inner ears is a bundle of sensory cilia that responds to the movement of sound. As sensitive as they are fragile, these cilia can move to wisps of sound no larger than a molecule—but can shear at sounds that are larger than life.

Cilia function mechanically, fluttering back and forth in response to sound vibrations. The tug of the cilia creates tension in fine tip links that tether each cilium to its neighbor, causing them to pull open channels that allow ions to flow into the receptor cells. This ion movement into the receptor cells, called hair cells for their microscopic bundles of cilia, generates the electrical signals that go to the brain to be translated into sounds.

The cilia-tip link apparatus in the hair cell is a clever arrangement of spring-like and string-like protein molecules, yet their atomic structures and mechanical properties are not well known.

Now new work from the laboratories of David Corey, professor of neurobiology at Harvard Medical School, Boston, and Howard Hughes Medical Institute investigator, and Rachelle Gaudet, associate professor of molecular and cellular biology at Harvard University’s Faculty of Arts and Sciences, has discovered how the structure of a vital region of cadherin-23, one of two proteins that join to form each tip link, relates to the hearing process. Researchers found cadherin-23 to be stronger and stiffer than previously thought, a characteristic produced by calcium ions that bind within folds of the protein and tie the folds together. Furthermore, they found that many mutations to cadherin-23 cause inherited deafness by weakening the ability of calcium to hold the protein together.

"Our findings help explain a whole class of inherited deafness," said Corey, in a statement released by Harvard Medical School. "Many, many different mutations that cause inherited deafness are mutations specifically to the amino acids that bind the calcium. And these findings show how critical calcium ions, and the amino acid residues that bind them, are to the structure of this protein."

The research appears in the April 15 issue of Neuron.

To get an atomic-level view of how cadherin-23 behaves under normal—and abnormal—conditions, the scientists used a combination of protein crystallization and virtual-reality-like simulation that showed how the cadherin could break in billionths of a second.

Through crystallization, the researchers found that, like other members of the cadherin family, this protein contains three critical calcium ions between each of its 27 bead-like segments. The simulations showed that the ions formed a strong link between adjacent beads, sufficient to hold them together. In addition, a novel calcium-ion binding site was discovered at the very end of cadherin-23.

According to Corey, these binding sites "staple" the various subunits of cadherin-23 together and may also create the bond made with the second protein of the tip link.

To quantify exactly how strong these calcium-ion bonds were, the scientists loaded the protein’s structure into a supercomputer, rendered its virtual likeness, then "stretched" the structure. They found that overall the protein acted more like a wire cable than a spring, as previously thought. This made it capable of withstanding forces 10-fold stronger than any that might be produced by normal sounds. When the scientists tested the structure against very great forces, however, it unraveled.

The researchers then elected to test how mutations similar to those associated with inherited deafness might alter cadherin-23’s structure and affinity for calcium ions.

"We had the three-dimensional structure of the wild type protein," said Marcos Sotomayor in the statement, an HMS research fellow in neurobiology and co-lead author on the study, "and were able to obtain the structure of the mutated protein. With simulations, we could test both structures’ elasticity and reactions to force."

These findings, the researchers believe, offer insight that may one day better inform efforts to develop therapeutic interventions.

This research was funded by the National Institutes of Health, National Science Foundation, Department of Energy, and the Klingenstein Fellowship Award.

Neuron, April 15, 2010, Vol 66, No 1
Structural Determinants of Cadherin-23 Function in Hearing and Deafness 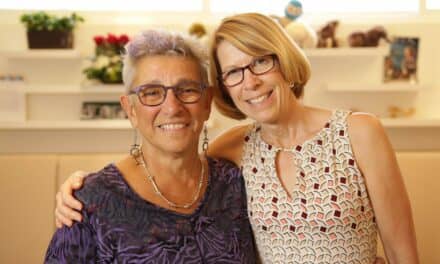