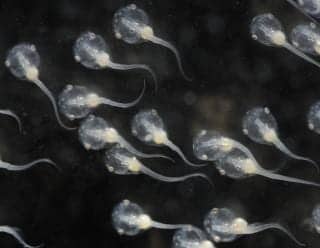 In a new study, published in a recent issue of the journal Science, researchers show for the first time how the brain re-wires and fine-tunes its connections differently depending on the relative timing of sensory stimuli. In most neuroscience textbooks today, there is a widely held model that explains how nerve circuits might refine their connectivity based on patterned firing of brain cells, but it has not previously been directly observed in real time.

This “Hebbian Theory” (Hebb’s model), named after the McGill University psychologist Donald Olding Hebb who first proposed it in 1949, has been summarized as: “Cells that fire together, wire together. Cells that fire out of sync, lose their link.” In other words, a nerve cell that fires at the same time as its nerve cell neighbors will cooperatively form strong, stable connections onto its partner cells. On the other hand, a nerve cell that fires out of synchrony with its neighbors, will end up destabilizing and withdrawing its connections.

“For the first time, we have direct, real-time evidence from watching brain cells in an intact animal to support Hebb’s model, but, we also provide surprising, new details, fundamentally updating the model for the 21st century,” says Edward Ruthazer, PhD, senior investigator on the study at the Montreal Neurological Institute and Hospital –The Neuro at McGill University and the McGill University Health Centre.

The study, which used multiphoton laser-scanning microscopy to observe cells in the brains of intact animals, discovered that asynchronous firing, or “firing out of sync” not only caused brain cells to lose their ability to make other cells fire, but unexpectedly, also caused them to dramatically increase their elaboration of new branches in search of better matched partners.

“The surprising and entirely unexpected finding is that even though nerve circuit remodeling from asynchronous stimulation actively weakens connections, there is a 60% increase in axon branches that are exploring the environment but these exploratory branches are not long-lived,” says Dr Ruthazer.

Dr Ruthazer’s lab charts the formation of brain circuitry during development in the hopes of better understanding the rules that control healthy brain wiring and of advancing treatments for injuries to the nervous system and therapies for neurodevelopmental disorders such as autism and schizophrenia. Astoundingly, nearly one out of every 100 Canadians suffers from one of these disorders, estimated to cost the Canadian economy over $10 billion annually in addition to inflicting a devastating impact on patients and their families.

In the developing brain, initially imprecise connections between nerve cells are gradually pruned away, leaving connections that are stronger and more specific.  This refinement occurs in response to patterned stimulation from the environment. “The way we perceive the world as adults is directly impacted by what we saw when we were younger,” says Dr Ruthazer. 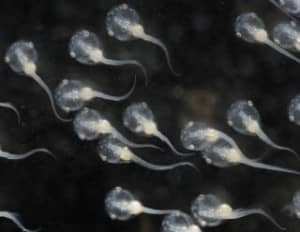 Ruthazer’s team studies brain development in Xenopus tadpoles, which have the distinct advantage of being transparent, enabling the team to clearly see the nervous system inside. They have developed a model that allows them to watch nerve cell remodeling in vivo, in real time, and to measure the efficacy of connections between cells. Optic fibers were used to stimulate the eyes of the tadpoles with different light patterns, while imaging and recording nerve cell branch formation. Asynchronous stimulation involved light flashes presented to each eye at different times, while synchronous stimulation involved simultaneous stimulation of both eyes.

Dr Ruthazer’s group also has begun to identify the molecular mechanisms underlying these changes in the nervous system. They show that the stabilization of the retinal nerve cell branches caused by synchronous firing involves signaling downstream of the synaptic activation of a neurotransmitter receptor called the N-methyl-D-aspartate receptor.  In contrast, the enhanced exploratory growth that occurs with asynchronous activity does not appear to require the activation of this receptor. 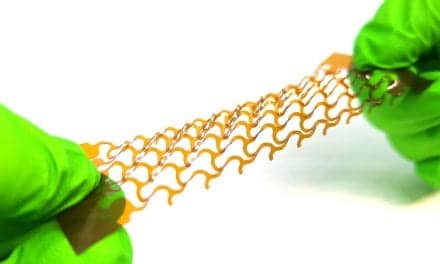