Human brains are better at hearing new and approaching sounds than detecting when a sound disappears, according to a study funded by the Wellcome Trust, a global charitable foundation funding research for human and animal health.

The findings could explain why parents often fail to notice the sudden quiet from the playroom that usually accompanies the onset of mischief.

Hearing plays an important part as an early warning system to rapidly direct our attention to new events. We often rely on sounds to alert us to things that are happening around us before we see them; for example, somebody walking into the room while our back is turned to the door. However, little is known about how our brains make sense of the sounds happening around us and what makes us hear certain events while completely missing others.

Overall, the team found that listeners are remarkably tuned to detecting new sounds around them but are much less able to detect when a sound disappears. In busy sound environments, the participants missed more than half of the changes occurring around them, and the changes that were detected involved much longer reaction times. The effects were observed even in relatively simple soundscapes and didn’t seem to be affected by volume.

Dr Maria Chait, who led the research at the UCL Ear Institute, said: "On the one hand, we might expect to be more sensitive to the appearance of new events. In terms of survival, it is clearly much more important to detect the arrival of a predator than one that has just disappeared.

"But this reasoning doesn’t apply to other situations. Imagine walking in a forest with your friend behind you and suddenly having the sound of their footsteps disappear. Our results demonstrate that there are a large number of potentially urgent events to which we are fundamentally not sensitive. We refer to this phenomenon as ‘disappearance blindness.’"

The study also explored how resilient listeners are to scene interruptions. In busy scenes, such as those we often face in the world around us, important scene changes frequently coincide in time with other events. The study showed that even brief interruptions, such as a short "beep" occurring at the same time as the change, are sufficient to make listeners fail to notice larger scene changes. It is thought this occurs because the interruption briefly captures our attention and prevents the information about the change from reaching our consciousness.

"Understanding what makes certain events pop out and grab attention while others pass by unnoticed is not only important for understanding how we perceive the world but also has important practical applications, for example, to aid the design of devices intended to help professionals such as air traffic controllers and pilots, who operate in environments where the detection of change is critical," added Dr Chait.

The study was published today in the journal PLOS ONE. (Cervantes Constantino F, et al. "Detection of appearing and disappearing objects in complex acoustic scenes.") 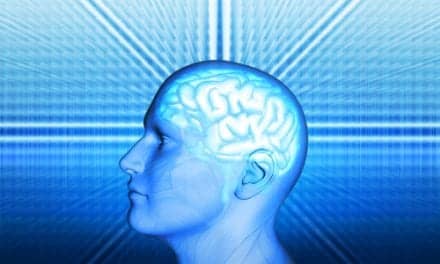