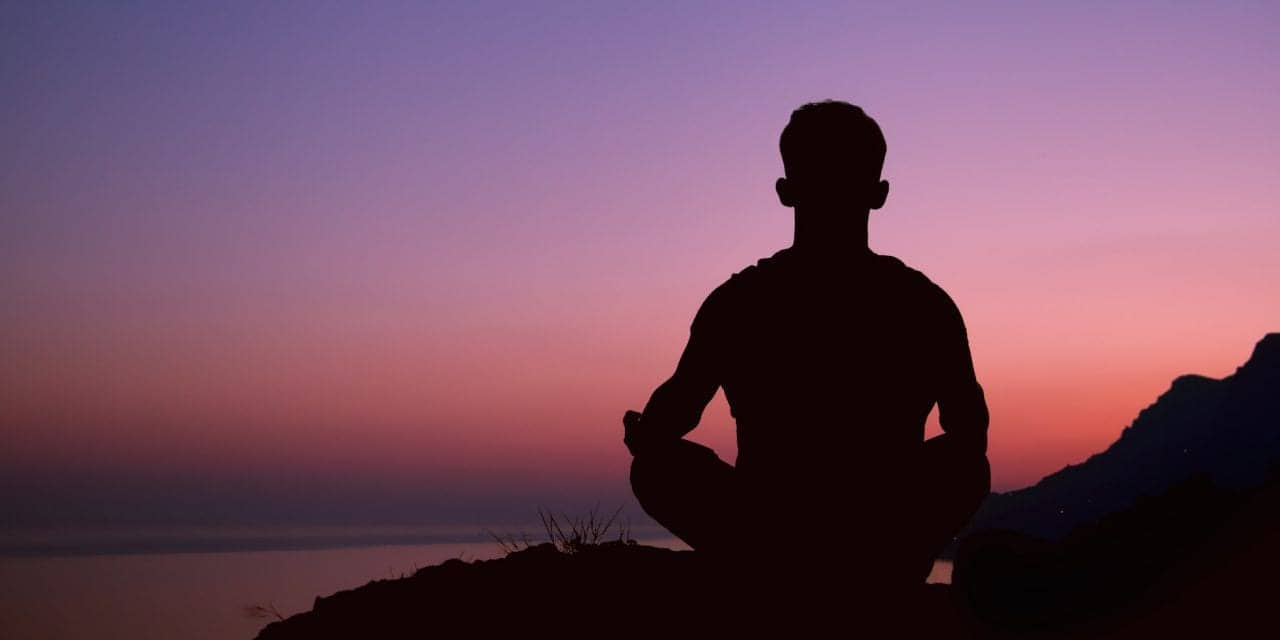 More evidence for the mind-body-ear connection

Meditation has been shown to cause physiological and neurological changes in the body, and helps enhance a wide spectrum of cognitive processes and self-regulation abilities. Here is a review of literature that suggests meditation may bring about enhancement of temporal resolution ability, speech perception in noise, cognition, as well as attentive and pre-attentive auditory processing.

The term meditation came from a Latin word “meditatio” which means any type of physical and intellectual exercises. Meditation implies a wide variety of practices that include techniques which are said to promote relaxation, build internal energy, and develop compassion, love, patience, generosity, and forgiveness.

At a more basic level, meditation is a practice in which an individual trains the mind or induces a mode of consciousness, either to realize some benefit or as an end in itself.1 Previous literature has reported on how the meditation technique of training has showed a wide spectrum of enhancement in cognitive processes and self-regulation abilities.2

There is growing evidence and support for the beneficial effects of meditation-based training techniques when examining treatment pathways for various disorders. Meditation causes physiological and neurological changes in the body. A 2010 study3 utilizing moving magnetic resonance imaging conducted on meditators indicated that function of their amygdala (the part of the brain responsible for the processing of emotions and fear) was reduced and function of their prefrontal cortex (the area responsible for feelings of peace and happiness) was enhanced. Various electroencephalographic (EEG) studies on meditation also reveal that meditation practice leads to enhancement in alpha rhythm, inter-hemispheric coherence, and homogeneity in the brain.

Effect of Meditation on Attention and Cognitive Skill

Lazer at al4 in 2000 investigated brain scans in meditators. The result showed those who meditated have an increased thickness of gray matter in parts of the brain responsible for attention compared to those who do not meditate. Similarly, Cahn and Polich2 in 2006 also reported that individuals who have undergone extensive meditation training show improvements in cognitive performances.

Jha et al5 reported enhanced attention and visual spatial processes in meditators compared to non-meditators. Likewise, Lutz et al6 in 2008 showed that 3 months of intensive meditation training of 10-12 hours per day enhances the ability to maintain attention during dichotic listening tasks, faster reaction time in response to deviant stimuli, and reduced attention blink response in meditators when compared to those who have not undergone meditation training.

Health and medical literature has also pointed to increased regional blood flow and glucose metabolism in the prefrontal and cingulate cortex—factors involved in cognitive functions of attention and emotion.7 Aftanas and Golocheikine8 in 2002 reported transient changes in brain activity due to meditation, including bursts of oscillations and enhancement in global frontocentral coherences, mainly in the lower frequency range (ie, alpha and theta). Previous researchers also reported that meditators have been found to exhibit phase synchronization and self-induced gamma-band oscillations during meditation, especially in the frontoparietal areas, which indicates an attentive brain.9

From the above literature it can be inferred that these changes in brain activity and cognition as a result of meditation practice are beneficial and may lead to improvement in overall attention and cognition among meditators.

Effect of Meditation on Auditory Skills

Studies showed enhanced auditory skills in meditators in terms of electrophysiological (exogenous and endogenous) and behavioral measures. In 1978, Paty et al10 investigated Contingent Negative Variation (CNV), an index of cortical arousal during orienting and attention using EEGs, in meditators before and after meditation. The results showed greater amplitude of CNV after meditation when compared to before meditation. A study done by Liu et al11 in 1990 on Quigong meditators showed significant increase in the peak amplitudes of waves I to V of the auditory brainstem response (ABR). An increase in amplitude is suggestive of recruitment of increased neurons and neuroplasticity in the underlying neural generators. Like auditory evoked potentials, visual evoked potentials also recorded on Qigong meditators showed significant increase in peak-to-peak amplitude of N80-P115-N150 and N150-P200-N280 waves during meditation.12

In 2013, Telles, Singh, and Puthige17 investigated P300s in meditators at different scalp regions and reported significant increase in the P300 peak amplitudes (better) at Fz, Cz, and Pz, and a significant decrease in the peak latency at Fz alone following alternate nostril yoga breathing, suggesting enhanced attentive auditory skill in meditators. In another study, Cahn and Polich18 in 2009 reported Vipassana (a type of meditation) practitioners showed greater P3b amplitude for odd tones after meditation compared to before meditation and after non-mediation sessions. In 2011, Lakey et al19 assessed P300s in healthy practitioners of meditative mindfulness and a control group. Results showed that the experimental group had enhanced P300s compared to the control group at the vertex and parietooccipital regions, which suggests superior brain resource allocation for attentional processing.

In 2013, Kumar et al20 examined three participant groups: 1) young adults (YA); 2) older adults who practiced meditation for a period of 5+ years (effective meditators or “EM”), and 3) age-matched older adults who did not have any experience in meditation (non-meditators or “NM”). Temporal processing was assessed using gap detection in noise, duration discrimination, modulation detection, and backward masking and duration pattern tests. Speech perception was investigated using speech in noise (four-talker babble). Results showed the EM group performed significantly better than NM group in all psychophysical and speech perception tasks except in the gap detection task. The EM group also showed significantly better modulation detection thresholds compared to YA. Results of the study suggest that the practice of meditation may not only offset the decline in temporal and speech processing abilities due to aging process, but also improves the ability to perceive the modulations.

While it may be beyond the role of hearing care professionals to recommend meditation or yoga as a hearing rehabilitation option, the authors believe it could be encouraged for patients already familiar with it, as well as other receptive individuals—particularly those facing reduced cognitive abilities. 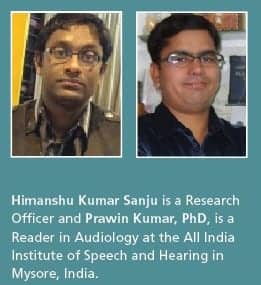 Correspondence can be addressed to HR or Himanshu K. Sanju at:  [email protected]

Image credits: All India Institute of Speech and Hearing; and  copyright Soloway  at Dreamstime.com 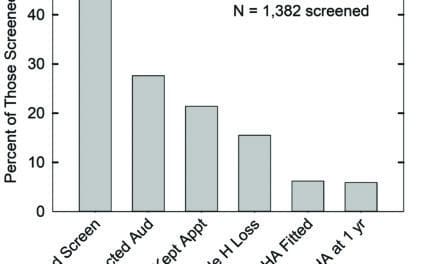