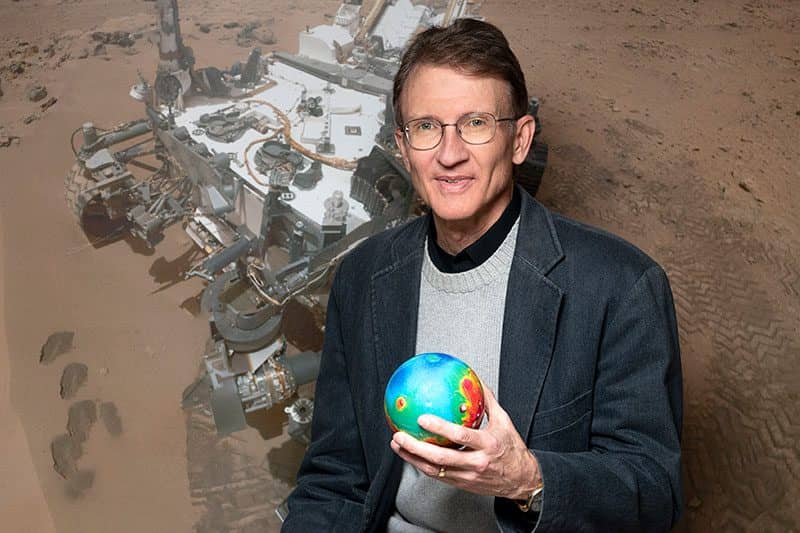 For two decades, Roger Wiens has built instruments to give humans eyes and a nose on Mars – and now he’s helping add ears as well. Wiens, a professor of Earth, Atmospheric, and Planetary Sciences in the College of Science at Purdue University, and an expert in Mars robotics technology, led the team that built SuperCam, a device on the Perseverance Mars rover that includes a laser for zapping rocks as well as the microphone that brought the first recordings of Mars to Earth. An article detailing his research appears on the Purdue website.

“When I was at Los Alamos National Laboratory, I started looking around to see if there were any Department of Energy technologies that we might be able to harness and use for planetary science, and that’s where Curiosity’s ChemCam, which later evolved into Perseverance’s SuperCam, came from,” the Purdue Professor said.

SuperCam incorporates a technology that uses a pulsed laser beam to pulverize tiny bits of rock samples up to 30 feet away. The instrument collects the light from the brief flash emitted in the process, allowing scientists to analyze rocks that its arm can’t reach and to “see” and analyze samples even through Mars dust that coats the rocks.

In incorporating the microphone into SuperCam, Purdue Professor Wiens and his collaborators have opened up opportunities for a range of science and research on the Martian surface that was never possible before, including helping analyze rock and recording sounds.

“When we zap these rocks, we can find out more about their hardness and composition by listening to the change in sound as a number of laser shots get fired into the rock in the same spots,” Wiens said. “We can hear the helicopter Ingenuity, which is something we didn’t expect to be able to hear. We can hear the wind and measure the speed and direction, as well as measure the size and speed of dust devils. We can listen to the rover’s own sounds and monitor health and safety the same way you gauge your car’s well-being by listening to the motor. Things sound different on Earth because the rover’s ears are shaped different from ours and the atmosphere is so different, but we’re making recordings and learning things every other day.”