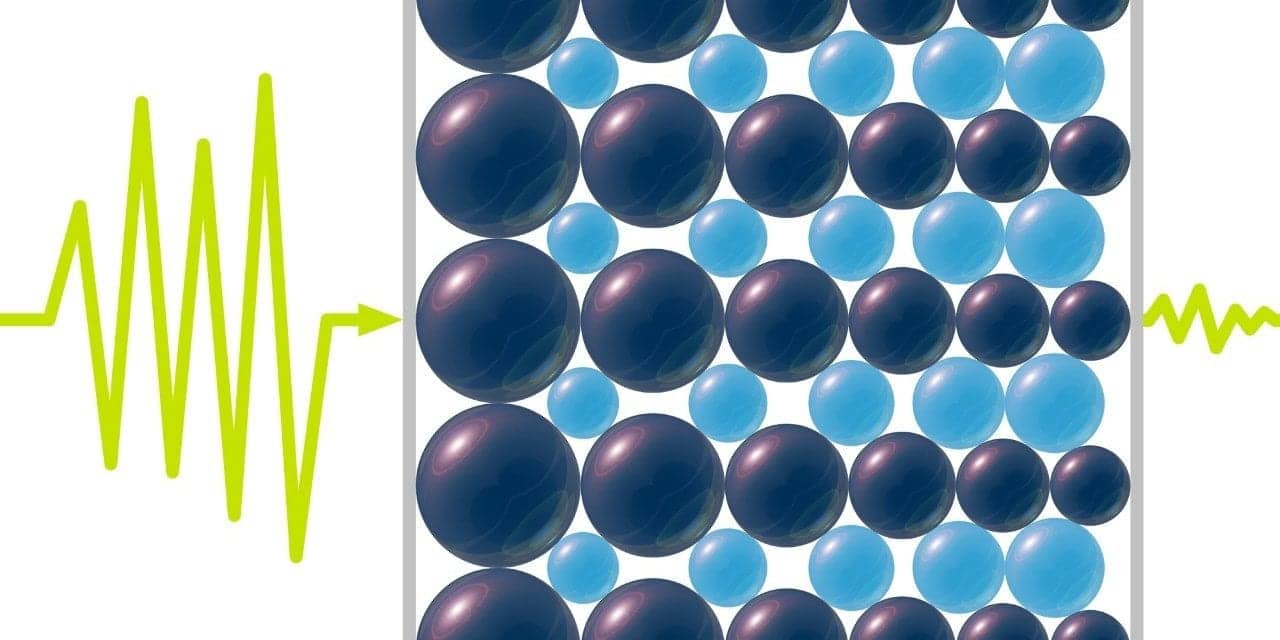 Need to reduce high-pitched noises? Science may have an answer.

In a new study summarized on the University at Buffalo website, theoretical physicists report that materials made from tapered chains of spherical beads could help dampen sounds that lie at the upper range of human hearing or just beyond.

The impacts of such noises on health are uncertain. But some research suggests that effects could include nausea, headaches, dizziness, impaired hearing, or other symptoms.

“There is a fair amount of ultrasonic stuff around us, and much of it has effects that are unknown. In warmer areas, you have pest control systems that are strongly reliant on ultrasonic emissions to drive out the pests. You have ultrasonics from machinery, from drilling. Certain lamps may emit these high-frequency noises,” said Surajit Sen, PhD, professor of physics in the University at Buffalo College of Arts and Sciences. “What does it do to our hearing? And, in return, what does it do to our brain?

“Because of these unknowns, we thought it would be of potential value to design a system that kills off high-frequency sound.”

The new research appears in the February 2020 volume of Granular Matter and was published online in the journal in November 2019.

Sen co-authored the study with Luís Paulo Silveira Machado, PhD, professor of physics at the Federal University of Pará in Brazil. Machado did part of the work as a visiting scholar at UB with the financial support of his home university, and Sen’s research was partially supported by a Fulbright-Nehru Academic and Professional Excellence Fellowship.

The study used computational modeling to explore how well various materials would dampen incoming sounds with frequencies up to 20 kilohertz—high enough that only some people can hear these noises.

Machado and Sen researched a number of materials, all made from spherical beads of varying sizes surrounded by plastic walls.

The scientists have not yet tested the material in the laboratory. But if it works, the noise-filtering system could be used in headphones or other barriers that dampen high-frequency sound, the researchers say.

“An advantage of the proposed device is its simple configuration: spherical beads properly confined and positioned,” Machado said. “This proposal allows a prototype of easy construction, with low cost and little maintenance. In addition, its configuration is scalable, being adaptable for small or large volumes. Our next step is to redirect the output signals, which is under study.” 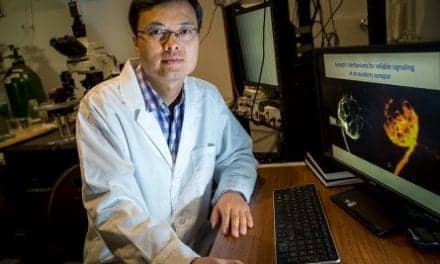 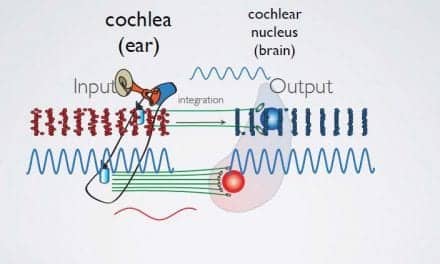