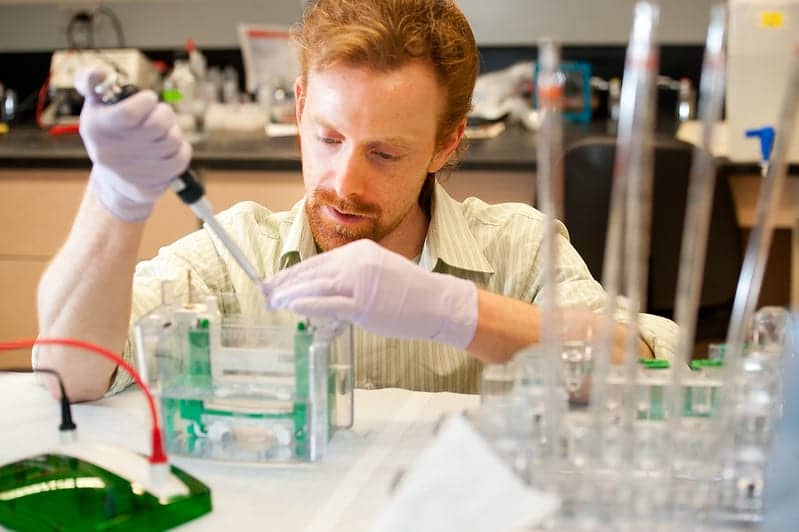 Researchers at Oregon State University (OSU) have found a key new piece of the puzzle in the quest to use gene therapy to enable people born deaf to hear. The work centers around a large gene responsible for an inner-ear protein, otoferlin. Mutations in otoferlin are linked to severe congenital hearing loss, a common type of deafness in which patients can hear almost nothing. An article detailing the research appears on the OSU website.

“For a long time otoferlin seemed to be a one-trick pony of a protein,” said Colin Johnson, associate professor of biochemistry and biophysics in the OSU College of Science. “A lot of genes will find various things to do, but the otoferlin gene had appeared only to have one purpose and that was to encode sound in the sensory hair cells in the inner ear. Small mutations in otoferlin render people profoundly deaf.”

In its regular form, the otoferlin gene is too big to package into a delivery vehicle for molecular therapy, so Johnson’s team is looking at using a truncated version instead.

“That was surprising since otoferlin was known to help encode hearing information but had not been thought to be involved in sensory cell development,” Johnson said.

Findings were published in Molecular Biology of the Cell.

Scientists in Johnson’s lab have been working for years with the otoferlin molecule and in 2017 they identified a truncated form of the gene that can function in the encoding of sound.

Zebrafish, a small freshwater species that go from a cell to a swimming fish in about five days, share a remarkable similarity to humans at the molecular, genetic, and cellular levels, meaning many zebrafish findings are immediately relevant to humans. Embryonic zebrafish are transparent and can be easily maintained in small amounts of water.

“Our study suggests otoferlin’s ability to tether the vesicles to the cell membrane is a key mechanistic step for neurotransmitter release during the encoding of sound,” Manchanda said.

Working with Manchanda and Johnson on this research were Josephine Bonventre and Paroma Chatterjee of the Oregon State College of Science and Sean Bugel and Robyn Tanguay of the OSU College of Agricultural Sciences.

The National Institutes of Health (NIH) supported the study.