As many as 52% of classical musicians and 30% of rock/pop musicians possess irreversible hearing loss. Typically, audiological treatment of music-induced hearing loss (MIHL) occurs after the damage has been done. Diagnostic measures for the early identification and prevention of MIHL may help improve musicians’ hearing health and lengthen their careers. This article looks at the relationship between puretone audiometry and distortion product otoacoustic emissions (DPOAEs) among normal-hearing musicians and non-musicians.

Contemporary approaches now enable us to objectively quantify the function of the outer hair cells (OHC) in the cochlea. Such approaches are possible through non-invasive measurements of otoacoustic emissions (OAE). It is important to recognize that abnormal OAEs may not fully attest to an individual’s hearing handicap, but only reflect hair cell functioning. A potential benefit of OAE measurement is the early identification of a hearing loss1,2 which is consistent with preventative measures.

Audiological services involving musicians typically occur after a hearing handicap has developed. The audiologist may then develop aural rehabilitation programs and design hearing conservation strategies to help the musician prevent further damage while coping with the existing impairment. These endeavors are extremely important to the musician but come after the damage has been done. Thus, it is imperative for diagnostic audiology to investigate procedures of early identification of music-induced auditory impairments.

The objective of the following investigation was to analyze the relationship between puretone audiometry (behavioral method) to distortion-product otoacoustic emission (DPOAE, an objective method) among normal-hearing (0-20 dB HL) male musicians.

Background
Initially, MIHL is a hidden impairment, but it may eventually become a conspicuous handicap. A significant number of hearing impairments is etiologically related to toxic exposures to loud music.

Hearing research on musicians during the late-60s showed conflicting results compared to the research of today. In a 1968 study4, measured SPLs and spectral distribution of musical selections played by six different rock groups in four different settings revealed that SPLs were not as dangerous as suspected. The mean SPL was calculated at 105 dB and 40 of the 42 subjects in the experimental group did not exhibit a hearing loss. Coupled to these findings were the notions that only a small number of individuals are susceptible to MIHL, and that music is characteristic of off-and-on periods (intermittency), which reduces damaging effects. Therefore, it was concluded that exposure to loud music might not induce a hearing loss.

Today we know that musical spectrums may yield amplitudes in excess of 130 dB. For example, measurements conducted three inches from a drummer’s ear during a typical recording session yield amplitudes of 148 dB.5 Additionally, damage occurs to the OHCs without variability at 130 dB.6

OHC loss among musicians may produce various biomechanical abnormalities in the cochlea. For example, outer hair cell loss reduces cochlear amplification (OHC motility), which results in a loss of hearing sensitivity for soft-to-moderate sounds (40-60 dB loss). This drives the musician to play/sing harder and louder, leading to physical strain and more hearing loss. Loss of OHCs also reduces frequency selectivity and spectral resolution of the cochlea, leading to diplacusis (abnormal perception of pitch). This condition can be career-threatening for musicians who frequently make judgements on vocal and instrumental pitch performance. Additionally, OHC damage that leads to lack of cochlear compression or recruitment (abnormal perception of loudness) may end a musician’s career.

Of primary importance to clinical applications is the evoked otoacoustic emission (EOAE) which is generated by the introduction of an external sound source. There are three types of EOAEs, all of which are described based on the stimulus used to evoke a response:

Stimulus frequency-evoked otoacoustic emissions (SFEOAE) use a puretone to evoke a response from the OHCs. Due to sophistication in measurement and analysis, this type of OAE currently does not enjoy routine clinical use.

Transient evoked otoacoustic emissions (TEOAE) use a short broadband click stimulus to evoke a response from the OHCs. This type of OAE has enjoyed considerable clinical use, particularly in newborn hearing screenings. The result of TEOAE gives a generalized sense of OHC function and is generally recommended as a screening tool.

The distortion product otoacoustic emissions (DPOAE) are considered the most frequency-specific and diagnostically useful. Here two pure tones are presented simultaneously to the cochlea and a third tone (distortion product) is created. Research involving otoacoustic emissions and early detection of MIHL has mostly utilized TEOAE among musicians. The current investigation is unique because DPAOE was utilized on normal-hearing male musicians.

Study Participants
This investigation examined 64 ears of musicians and non-musicians with normal hearing thresholds (0-20 dB HL) and immittance results. Each participant was free of central auditory processing difficulties, history of hearing deficits, smoking history and tinnitus. All were without recent change in hearing sensitivity or temporary threshold shift due to previous noise, music or ototoxic exposure. All participants revealed unremarkable audiological and otological case histories.

Thirty-two males ranging in age from 21-58 years (M = 36.7 years) participated in this study. Participants were divided into two groups: musicians and non-musicians. Originally 20 male musicians participated in testing. However, four produced hearing thresholds greater than 20 dB HL and thus were excluded from the study. As a result, the statistical analysis involved only 32 ears (16 individuals) from the musician group.

Results
Right Ear DPOAE of Musicians and Non-musicians: Descriptive analysis of the musician group revealed DPOAE measurements to show 13 of the 16 (81%) right ears with poor OHC response. Interestingly, 10 ears (63%) were found to exhibit OHC dysfunction at 4000 Hz. Descriptive analysis of the non-musician group revealed DPOAE measurements to show five of the 16 (31%) right ears with OHC dysfunction. Among this group 4000 Hz did not stand out from the other frequencies. Statistical analysis of the right ear data showed a chi-square value of 5.09 (p = .024, at an alpha level of .05, r = .419), indicating a statistically significant finding on DPOAE results between the musician and non-musician groups.

Discussion
Exposures to intense levels of music may induce mechanical and/or metabolic dysfunction to the OHCs. This sound exposure is initially delineated as a hearing loss at 4000 Hz (noise-notch) on the audiogram. A significant percentage of musicians with hearing loss produce this audiometric noise-notch on their audiograms.

In its early stages, a MIHL is usually gradual and hidden in the sense that one does not feel it, see it or hear it coming. This type of hearing loss may remain undetected and not perceived by the musician, and may not be diagnosed through conventional puretone measures, as suggested by the findings of this study.

Previous studies of musicians’ auditory functioning have focused on musicians with an existing hearing loss. Although this information is extremely valuable, it limits the effectiveness of preventative efforts. Because there is no cure for MIHL, prevention is the most effective strategy. Since all participants in this study rated their hearing ability to be “very well” to “fair,” it is reasonable to suggest that the application of DPOAE may provide early signs of sensory impairment before the individual realizes the existence of such an impairment. However, this study only provides initial evidence of the ability to detect unperceived sensory impairment. More detailed investigations are needed to quantify such conclusions.

Abnormal musical perception resulting from harmful exposures to music levels may manifest two profiles.7 The first profile is termed primary musicotoxicity in which the auditory system may show mechanical and/or metabolic deficiency while audiological data reveals normal audiometric results but poor OAE. Additionally, the musician may or may not be aware of a developing disability (the current study reflects this profile). The second profile, termed secondary musicotoxicity, exhibits a measurable hearing loss as determined by conventional audiometry and is readily perceived by the musician. This profile is traditionally recognized as MIHL.

Conclusion
The current investigation only implies that DPOAE may be able to detect early signs of MIHL before puretone audiometry and before the musician perceives the existence of such a loss. Additional research into these findings may provide important clinical information that provides further guidance on the audiological intervention relative to musicians before they are threatened with developing a hearing handicap.

Unlike other sensorineural impairments, MIHL can be prevented. Audiological management of the musician early in his/her career may serve to reduce or prevent a hearing disability. For the most current discussions on MIHL, the reader is referred to Chasin8, Guthrie7 and the special edition of The Hearing Review (Feb. 1999) on hearing care and the performing arts.

Acknowledgment
The author would like to thank Dr. Kim L. Tillery for her guidance with this project. 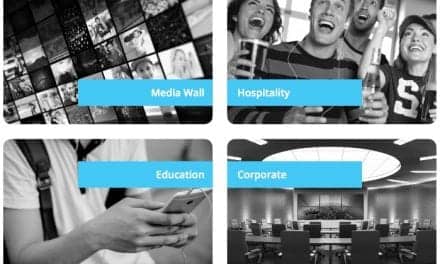