Anyone with an MP3 device—just about every man, woman, and child on the planet today, it seems—has a notion of the majesty of music, of the primal place it holds in the human imagination, notes a statement from Northwestern University, Evanston, Ill.

But musical training should not be seen simply as stuff of the soul—a frill that has to go when school budgets dry up, according to a new study conducted by the university.

The study shows that musicians—trained to hear sounds embedded in a rich network of melodies and harmonies—are primed to understand speech in a noisy background, say in a restaurant, classroom, or plane.

It is the first demonstration of musical training offsetting the deleterious effects of background noise, and the implications are provocative, says the statement.

Nina Kraus, Hugh Knowles professor of communication sciences and neurobiology and director of Northwestern’s Auditory Neuroscience Laboratory, where the research was done, said in the statement that the study points to a highly pragmatic side of music’s magic.

The findings strongly support the potential therapeutic and rehabilitation use of musical training to address auditory processing and communication disorders throughout the life span, says the statement.

Hearing speech in noise is difficult for everyone. But the difficulty is particularly acute for older adults, who are likely to have hearing and memory loss, and for poor readers who have normal hearing but whose nervous systems poorly transcribe sounds that ultimately are critical to good reading skills, says the statement.

Kraus notes that many older adults will say, "I can hear what you’re saying, but I don’t understand you." They might have a little bit of a hearing loss, but often not enough to warrant the difficulty that a lot of older adults report, she added.

<<For more on this topic, see HRs special February 2009 issue, which focused on musicians and hearing aid design and was guest-edited by Marshall Chasin, AuD, MSc, Aud(C), and Lawrence J. (Larry) Revit, MA.>>

Such populations could benefit from the reordering of the nervous system that occurs with musical training, according to the study. Because the brain changes with experience, musicians have better-tuned circuitry—the pitch, timing, and spectral elements of sound are represented more strongly and with greater precision in their nervous systems.

Kraus said in the statement that musical training makes musicians really good at picking out melodies, the bass line, and the sound of their own instruments from complex sounds. The study has confirmed that such fine tuning of the nervous system also makes musicians highly adept at translating speech in noise, says the statement.

The finding has particular implications for hearing certain consonants that are vulnerable to misinterpretation by the brain and are a big problem for some poor readers in a noisy environment, says the statement. The brain’s unconscious faulty interpretation of sounds makes a big difference in how words ultimately will be read, it says.

Some 31 study participants, with normal hearing and a mean age of 23, were divided into one group with music experience and another without it. They had to listen to sentences presented in increasingly noisy conditions and repeat back what they heard.

Better perception in noise was linked with better working memory and tone discrimination ability. The results imply that musical training enhances the ability to hear speech in challenging listening environments by strengthening auditory memory and the representation of important acoustic features, says the statement.

In one of the tests, for example, participants had to repeat back "The square peg will settle in the round hole." Such longer sentences that are syntactically correct but lack familiar cues measure working memory as well as the ability to distinguish sounds in noise.

The Auditory Neuroscience Lab at Northwestern has helped establish the relationship between sound encoding in the brain and linguistic abilities by showing that the very neural sound transcription processes that are deficient in children with dyslexia are enhanced in people with musical experience, says the statement. Based on this collective work, poor readers may show greater benefits from training programs that include music as well as speech sounds, it says.

By reinforcing the pervasive effects that musical experience has on sound-processing abilities, Kraus said, the study underscores the importance of music education being more accessible to the general population.

"Musician Enhancement for Speech-in-Noise" was published online in Ear and Hearing, the official journal of the American Auditory Society. The study’s investigators are Alexandra Parbery-Clark, Erika Skoe, Carrie Lam and Nina Kraus. The National Science Foundation supported the study. 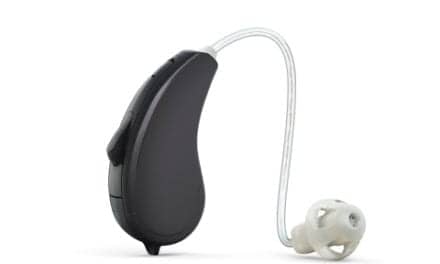