Researchers at the Swedish medical university Karolinska Institutet (KI) have constructed a mathematical activity model of the brain’s anterior and superior parts, to increase the understanding of the capacity of the working memory and of how the billions of neurons in the brain interact. One of the findings they have made with this “model brain” is a mechanism in the brain’s neuronal network that restricts the number of items we can normally store in our working memories at any one time to seven.

The working memory, which is our ability to retain and process information over time, is essential to most cognitive processes, such as thinking, language, and planning. It has long been known that the working memory is subject to limitations, as we can only manage to “juggle” a certain number of mnemonic items at any one time. Functional magnetic resonance imagery (fMRI) has also revealed that the frontal and parietal lobes are activated when a sequence of two pictures is to be retained briefly in the visual working memory. However, just how the nerve cells work together to handle this task has remained a mystery.

The study, which is published in the journal PNAS, is based on a multidisciplinary project co-run by two research teams at KI led by professors Torkel Klinberg and Jesper Tegnér. Most of the work was conducted by PhDs Fredrik Edin and Albert Compte, the latter of whom is currently principal investigator in theoretical neurobiology at IDIBAPS in Barcelona.

For their project, the researchers used techniques from different scientific fields, applying them to previously known data on how nerve cells and their synapses function biochemically and electrophysiologically. They then developed, using mathematical tools, a form of virtual or computer simulated model brain. The computations carried out with this “model brain” were tested using fMRI experiments, which allowed the researchers to confirm that the computations genuinely gave answers to the questions they asked.

“It’s like a computer program for aircraft designers, in computational neuroscience,” says Edin. “Before testing the design for real, you feed in data on material and aerodynamics and so on to get an idea of how the plan’s going to fly.”

With their model brain, the team was able to discover why the working memory is only capable of retaining between two and seven different pictures simultaneously. As the working memory load rises, the active neurons in the parietal lobe increasingly inhibit the activity of surrounding cells. The inhibition of the inter-neuronal impulses eventually becomes so strong that it prevents the storage of additional visual input, although it can be partly offset through the greater stimulation of the frontal lobes. This leads the researchers to suggest in their article that the frontal lobes might be able to regulate the memory capacity of the parietal lobes.

“The model predicts, for instance, that the intense activation of the frontal lobes will improve working memory,” says Edin. “This finding was also replicable in follow-up experiments on humans. The working memory is a bottleneck for the human brain’s capacity to process information. These results give us fresh insight into what the bottleneck consists of.”

Click here to watch a lecture given by Albert Compte. 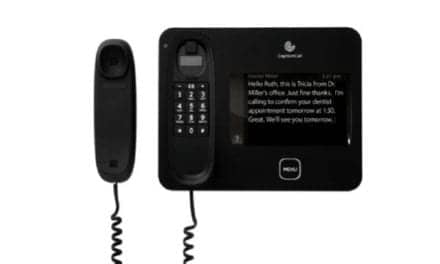