The ambitious package of federal spending and tax cuts is designed to revive the economy and save millions of jobs. Most wage-earners will soon see the first paycheck evidence of tax breaks that will total $400 for individuals and $800 for couples.

The stimulus package was a huge victory for Obama less than 1 month into his presidency. But he struck a sober tone and lowered expectations for an immediate turnaround in the severe recession that is well into its second year.

"None of this will be easy," he said. "The road to recovery will not be straight. We will make progress, and there may be some slippage along the way."

Still, he declared, "We have begun the essential work of keeping the American dream alive in our time."

Underscoring energy-related investments in the new law, Obama and Vice President Joe Biden flew separately to Denver where the president signed it at the Denver Museum of Nature & Science before roughly 250 people.

Obama said the stimulus package had received broad support in Washington and elsewhere, though Democrats pushed it to passage with only three Republican votes in the Senate and none in the House.

One of the biggest public spending programs since World War II, the new law is designed to create jobs in the short term and to boost consumer confidence to battle the worst economic crisis since the Great Depression. It also makes down payments on Obama’s health care, energy, and education goals.

Taking the long view, Obama cast the law as just "the beginnings of the first steps" to jerk the country out of a crisis he inherited from GOP President George W. Bush.

White House press secretary Robert Gibbs, asked by reporters, would not rule out another stimulus in the future, though he said a sequel was not in the works "at this point." He added, "The president is going to do whatever he thinks is necessary to get our economy moving again."

While laying the groundwork to address woes in the auto, financial and housing sectors, Obama spent some of his political capital lobbying hard for the stimulus package that the Democratic-controlled Congress approved last week. Obama has essentially pinned his political future on his prescriptions for the ailing economy, going so far as to raise the possibility of a one-term presidency if he fails.

There’s no guarantee that Obama’s enormous marshaling of resources and multi-pronged approach will stunt the economic freefall, much less produce jobs or bring prosperity. The only thing certain is that Obama is on track to boost a federal debt that stands at $10.7 trillion.

Clearly mindful of that, Obama said: "We will need to do everything in the short term to get our economy moving again" as well as "begin restoring fiscal discipline and taming our exploding deficits over the long term."

Obama contends the plan will create or save 3.5 million jobs. Critics, mostly Republicans, contend it is filled with wasteful spending and provisions that won’t boost the economy.

Recession victims will get extended unemployment benefits and help with health care coverage, as well as more food stamps and job training opportunities.

Middle-income and wealthy taxpayers will be spared from income tax increase that would otherwise hit them. First-time home buyers, new car buyers, college students, poor families with several children and people who make their homes energy efficient also will get breaks. 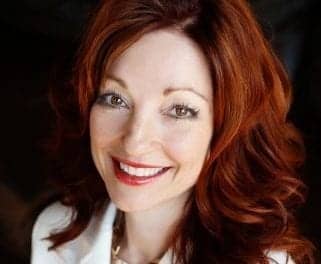