The Computer Vision Centre at the Universitat Autonoma de Barcelona, Spain, has developed a visual system that interprets sign languages. The system will be incorpporated into information points. It can clearly differentiate more than 20 signs from the Spanish sign language.

Spanish sign language is used by more than 100,000 people with hearing impairments and is made up of hundreds of signs, according to researchers at the university. CVC-UAB researchers Sergio Escalera, Petia Radeva, and Jordi Vitria selected more than 20 of these signs to develop a new visual interpretation system that allows deaf people to carry out consultations in the language they commonly use.

Signs can vary slightly depending on each user. Project researchers took this into account during the trials carried out with different people to help the system become familiar with this variability. The signs recognized by the system were programmed to allow deaf people to maintain a basic conversation, including asking for help or directions. "For them it is a nonartificial way of communicating, and at the same time they can engage with people who do not speak sign language since the system translates the symbols into words in real time," said Escalera in a statement.

The hardware includes a video camera that records image sequences when it detects the presence of a user wanting to make a consultation. A computer vision and automatic learning system detects face, hand and arm movements, and any screen scrolling, and incorporates these into a classification system that identifies each movement with the word associated with the sign.

One aspect is the ability to adapt the system to any other sign language, since the methodology used is general. The system would only need to be reprogrammed with the signs used in that specific language. The amount of signs the system can recognize is also scalable, although researchers said that new data will increase the difficulty in differentiating them.

Applications such as the one developed by CVC-UAB researchers require extreme precision in the identification phase and are very difficult to configure, given that the surroundings in which they will be used include changes in light and shadow, different physiognomies, and speeds at which the signs are formed, the researchers noted.

Other similar projects have been developed in the past. However, most of them failed or were not reliable enough because of the high complexity of variabilities in uncontrolled surroundings, according to the researchers. For this project to succeed it was necessary to establish a fixed point in which individuals formed the signs and avoid having different focus points when recording.

The system was recently presented as a prototype in the final phase of a European project and researchers are already working on new project phases, such as using two cameras with the aim of recognizing even more complex signs and complementing information with facial characteristics. To carry this out researchers worked in close collaboration with several members of the Catalan Federation of Deaf People, FECOSA. 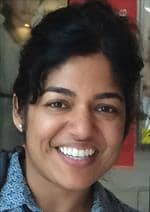