South African football fans’ instrument of choice, the vuvuzela horn, has already caused controversy ahead of the World Cup with authorities concerned that their excessive volume could prevent people from hearing announcements should a stadium need to be evacuated. Now, new tests have shown that the instrument is so loud, they pose a more immediate health risk to fans and players, according to Hear the World, a global initiative by Phonak, Stäfa, Switzerland.

The long, plastic, trumpet-shaped vuvuzela was found to emit an ear-piercing noise of 127 decibels–louder than a lawnmower (90 decibels) and a chainsaw (100 decibels). Extended exposure at just 85 decibels puts people at a risk of permanent noise induced hearing loss, and when subjected to 100 decibels or more, hearing damage can occur in just 15 minutes, says Phonak.

In a sound proof studio, Hear the World tested the most popular football fan instruments from around the world. The distance between the sound source and the testing device was 10 cm, and the test was carried out using benchmark filter A under the IEC standard, as this represents actual hearing perception. The test series was monitored and logged by an audiologist from Phonak AG

Second most harmful to the ears was the air-horn, popular with English football fans, which exposes peoples’ ears to damage-inducing levels of 123.6 decibels. This was followed by the drum, which reached a level of 122 decibels.

Popular with supporters in the stands as well as being used on the pitch, the referee’s whistle was the fourth most harmful to the ears at 121.8 decibels, but passionate fans alone can be just as problematic–two singing supporters reached 121.6 decibels.

“To put it in perspective, when a sound is increased by 10 decibels our ears perceive it as being twice as loud, so we would consider the vuvuzela to be more than double the volume of the cowbell,” said Robert Beiny, UK and European audiologist of the year, in a statement.

“It’s not just while sitting in the stands at a match that hearing damage can happen," Beiny said. "Our ears can be exposed to damaging noise levels when in the pub surrounded by excited cheering fans, or even while at home, with people often turning the sound on their television up very loud in order to create an atmosphere when watching from their sofa.

“My advice to fans would be to enjoy the atmosphere that the World Cup creates, but also to consider their hearing," he added. "Why not give their ears a break from the noisy atmosphere at half time, or if they are one of the lucky ones heading to South Africa, remember to pack some earplugs–once the damage is done it is irreversible–so prevention is key.”

Valentin Chapero, chief executive of Phonak said that "Of course the sound of the crowd plays a major part in creating the atmosphere in a football stadium. But people should remember that prolonged exposure to loud noises can have a big impact and therefore it is imperative that we take conscious measures to protect our hearing before it’s too late.” 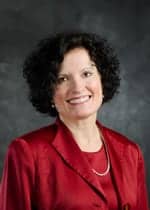