?According to an announcement from HearStrong, for Scott Lieberman, furthering hearing health awareness is more than just ??a notable cause; it’s personal. ?A teacher, husband, and father, Lieberman overcame hearing loss to accomplish his personal and professional ??goals. Nominated by the Hearing Aid Center of Forest Hills, a member of EarQ, HearStrong’s main sponsor, Scott first decided to take control of his hearing health in his teens through the use of hearing devices. While he was appreciative of how his devices performed, it wasn’t until his daughter, Lily, was born with hearing loss that he felt emboldened to become a role model not only for her, but for others in their community as well. According to HearStrong, Scott is currently one of the top ?fundraisers for the New York City chapter ?of the Hearing Loss Association of America.

?“Scott is a wonderful example of the ?powerful impact one person can have ?toward shattering the stigmas of hearing ?loss in our society,” said Ed Keller, founder ?and president of the HearStrong ?Foundation. “By continuing his work to ?inspire his daughter and members of his community to understand that choosing to hear better is a strength, he will truly help change lives.”

Read about other HearStrong Champions in The Hearing Review. 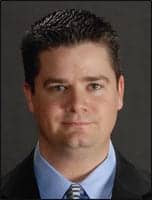 The SMART Way to Set Professional and Financial Goals