On February 3 during the Starkey Hearing Foundation’s Super Bowl hearing mission in Miami, Bill Austin, along with good friend and Foundation spokesman, Lou Ferrigno, were honored by Jordin Sparks Charities for “Making a Difference” in the lives of children through the gift of hearing.

Bill Austin commended the Sparks Charities for their volunteer awareness campaign which challenges teens to make a difference in their communities. The Sparks award was presented by PJ Sparks at the Eden Roc Renaissance Hotel and the event was followed by an exclusive concert with American Idol stars, Jordin Sparks and David Archuleta.

The 130 children from the Miami area who were fitted with free hearing aids had an opportunity to test drive their new gift of sound as VIP guests at the concert.

A number of celebrities and NFL Football greats were on hand to entertain the children and lend support to Starkey Hearing Foundation volunteers. The Men in Purple made it to Miami after all. Minnesota Vikings Bernard Berrian and Sidney Rice posed for pictures with a happy fan. The young guests not only left with new set of hearing aids, but with pictures and autographs from Jordin Sparks, David Archuleta, Sam Moore, Leslie Nielsen, Chuck Foreman, Bernard Berrian, Ethan Bortnick, Sidney Rice, Davy Jones, Nesby Glasgow, Nickelodeon’s Sponge Bob Square Pants, and Lou Ferrigno.

The Starkey Hearing Foundation, So the World May Hear, delivers more than 50,000 hearing aids through hearing missions in countries stretching from the United States to Vietnam. Since 2000 and through the end of 2009, the Foundation has supplied more than 412,000 hearing aids to people in need. The Super Hear Mission was co-sponsored by the NFL alumni, Sproutloud, Comcast, Clear Channel Miami, NRA, Call Source, Publix, Royal Caribbean, Delta Zeta, Nickelodeon, and University of Miami Health. 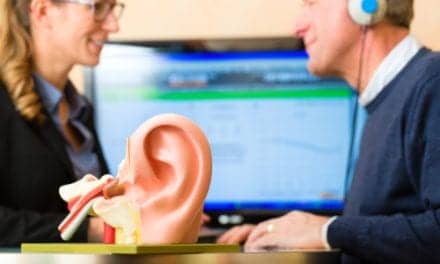