The Alexander Graham Bell Association for the Deaf and Hard of Hearing (AG Bell) announced that it has received a generous donation to honor George W. Fellendorf, EdD, former AG Bell executive director and editor of The Volta Review.

The generous gift to the association was bestowed by his three daughters, Joyce F. Jackson, Linda J. Mousavi, and Carol E. Barbierri, in honor of their father.

“My longtime friend George Fellendorf made contributions to AG Bell and to the area of listening and spoken language for children who are deaf and hard of hearing that have made a positive and lasting impact to the field and have advanced AG Bell’s vision of independence through listening and talking,” said Donald M. Goldberg, PhD, CCC-SLP/A, FAAA, LSLS Cert. AVT, president of the AG Bell Association.

Dr. Fellendorf served as executive director and editor of AG Bell from 1962 to 1978. Fellendorf’s 16 years of service coincided with gradual but dramatic changes in the education of children who are deaf and hard of hearing, such as increasing numbers of students in mainstream schools, technological advances, and equal access laws.

Among his many lasting contributions, Fellendorf planted the seeds for the AG Bell College Scholarship Program and the Parent’s Section of the association in recognition of the important role of parents in facilitating their child’s listening and spoken language development.

George and his wife Hazel became involved with AG Bell when their middle daughter, Linda, was born with severe hearing loss. The Fellendorfs wanted Linda to receive her education in the mainstream along with her two sisters. They became involved with AG Bell as parents and learned about listening and spoken language and the education needs of children who are deaf and hard of hearing. This led Fellendorf to change his career from engineering to special education and ultimately to his service as executive director of AG Bell. In 1962, while attending AG Bell’s convention in Detroit, Mich, Fellendorf was offered the executive director position.

His daughter Joyce noted, “Fifty years ago, he began his service at AG Bell; it is most fitting that five decades later, we remember and honor his service to the association.”

As an expression of gratitude for the gift, AG Bell will name the fourth floor of the Volta Bureau, the association’s historic headquarters, The George W. Fellendorf Editorial Suite. This is where AG Bell professional staff develop all communication and editorial materials disseminated by the organization, including The Volta Review, the 120-year-old peer-reviewed journal, and Volta Voices magazine.

The George W. Fellendorf Editorial Suite will be officially dedicated at a ceremony at the Volta Bureau on March 16, 2013. 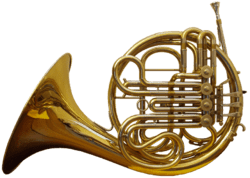