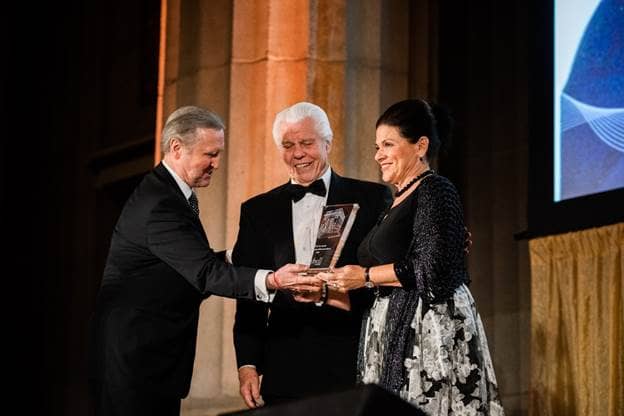 The nation’s capital was full of sound and good cheer as the Alexander Graham Bell Association for the Deaf and Hard of Hearing (AG Bell) hosted its 2018 Global Gala, the hearing advocacy organization announced. A crowd of Washington DC business leaders and special guests gathered for the Gala at the Andrew W. Mellon Auditorium to commemorate the work of AG Bell as well as honor the humanitarian work of Bill and Tani Austin from the Starkey Hearing Foundation, both of whom received a lifetime achievement award from AG Bell at the Gala. 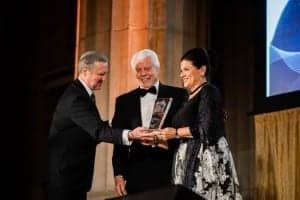 Bill and Tani Austin at the 2018 AG Bell Global Gala.

The voices of the Sophisticated Ladies at the Duke Ellington School of the Arts ushered attendees into the auditorium, and the evening began with an invocation by award-winning gospel singer Pastor Shirley Caesar. Emilio Alonso-Mendoza, CEO of AG Bell, introduced the first of many special guests: Sara Grosvenor, a descendant of Dr Bell himself. She offered a historical perspective of both the association and the inventor, reflecting on his goals and how AG Bell successfully carries out his vision. 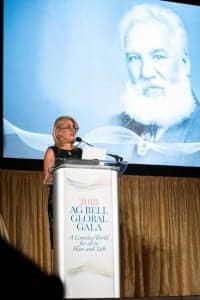 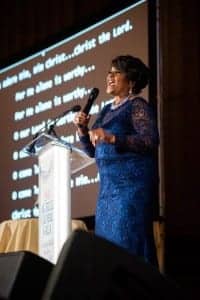 Justin Osmond—the youngest member of the Osmond musical family—returned as Master of Ceremonies, entertaining attendees with his inspiring story of achieving spoken language with the help of hearing technology, AG Bell, and the Austins. He then presented several other prominent speakers including psychotherapist Rebecca Alexander, sister of NBC White House correspondent Peter Alexander, and former Secretary of Defense William Cohen, who also shared their hearing loss journey as well as expressed gratitude to the Austins for their assistance. In the June 2018 issue of Hearing Review, Doug Beck interviewed Osmond about his recent TED Talk and continuing work in hearing health advocacy. 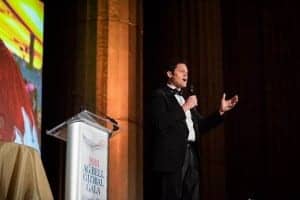 A performance by the pop-opera quartet ARIA infused additional music into the evening’s lineup. They lent their velvet baritones and soaring tenors to renditions of popular musical standards such as Brendan Graham’s “You Raise Me Up” and Leonard Cohen’s “Hallelujah.”

Bookending ARIA were other notable guests including AG Bell Board Chairman Catharine McNally, LOFT graduate Isabelle Gomez, and AG Bell member Regan Brady who all contributed their personal experiences with hearing loss to the night’s conversation. Through poems and anecdotes, McNally and Gomez demonstrated to audience members how amplification devices allowed them to grow into productive members of society.

Thanks to generous donations from the Gala’s attendees, AG Bell will continue to help ensure that people born deaf and hard of hearing can hear and talk. The association expresses its deepest gratitude to its contributors, attendees, special guests, and all who care so deeply about those with hearing loss.

Events: ENTs to Meet at 2012 AAO-HNSF in September