Whisper 1.3: Changing the Hearing Industry One Upgrade at a Time 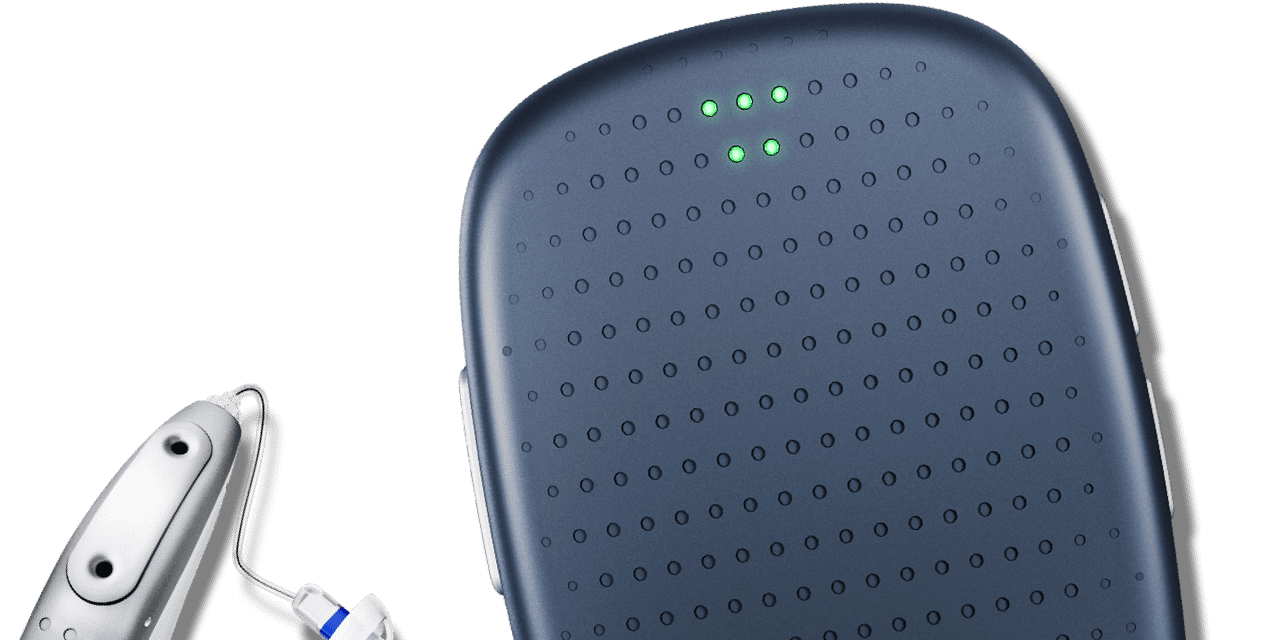 Hearing Review interviews Andrew Song, co-founder and president of Whisper, which is celebrating its one-year anniversary with its third planned upgrade of the company’s AI/software-based hearing aid system.

Whisper has released an important new upgrade to its Whisper Hearing System pursuant to the company’s mission to change how people think about hearing aids. Launched one year ago in October 2020, Whisper is a new category of hearing aid that features an external processing unit and is designed to get better over time through continual upgrades.

Whisper’s latest upgrade (1.3)—its third in less than a year—is designed to significantly improve sound quality, speech and noise separation, and to benefit more users in both noisy and quieter settings. The latest incarnation of its Sound Separation Engine reportedly creates 33% more contrast between speech and noise, so consumers are able to focus more easily on their conversation partners while still maintaining a sense of their environment. In July, the company announced the Whisper Hearing System is also compatible with many Android phones in addition to Apple iPhones, allowing for hands-free calling on Samsung Galaxy S9 and S10, Samsung Galaxy Note10, Google Pixel 3 and 4, and some other popular cell phones in the works.

A Brain Dedicated to New Learning

One immediately obvious departure of the Whisper Hearing System from traditional hearing aids is its use of the Whisper Brain, a powerful palm-sized wireless processor that works as a dedicated AI system and data-cruncher for manipulating sound in ways not previously possible in ear-level devices, according to Whisper Co-founder and President Andrew Song. An AI expert and the former head of Facebook Messenger Core, Song compares the Whisper Brain and its AI system to the leap from analog to digital hearing technology. He contends that while some great complex algorithms have been created in hearing aid laboratories through the years, there’s little point in having these innovations if they can’t be fully implemented in a real-life, all-day, wearable hearing aid.

That’s one reason why Song and Co-founder Dwight Crow, who is also the co-founder of Carsabi.com and the former product manager of Facebook, started Whisper about 4 years ago with Shlomo Zippel, former applications team leader at PrimeSens which built the 3D-sensor technology behind Microsoft Kinect. From there, they hired an impressive team of executives with experience in leadership roles in Silicon Valley and companies like Nest, Google, Invisalign, Johnson & Johnson, Solta Medical, and Cutera. The company also added long-time hearing industry audiologists Jim Kothe as its head of sales and Don Schum as head of audiology. Song says the company now has employees across the United States and is starting to branch out internationally. He characterizes the company as an “equal opportunity improvement” employer focused on gaining access to a diversity of skills, backgrounds, and people, many of whom have worked in other facets of technology and can bring a new point of view and new ideas to the table.

“The nature of our product is that it’s a learning hearing aid that gets better over time, and these upgrades are pretty far-reaching in terms of performance improvements,” says Song, who likens the Whisper leasing program to how cell phone plans work. The upgrades are included in Whisper’s comprehensive monthly leasing plan which includes ongoing care from a local hearing care professional, as well as a 3-year warranty that covers the system itself and loss and damage. Wearers don’t need to pay for the upgrades which are scheduled to occur every few months.

And enhancing the Brain’s capabilities is how Whisper plans on changing the industry one upgrade at a time, says Song. “Having a software-based system gives us the ability to do all these upgrades, and the Whisper Brain can be thought of as the ‘conductor’ that coordinates all the data and instruments we need to make an upgrade harmonious …So, when we issue an upgrade, it goes through the Whisper Brain, but it impacts most parts of the hearing aid system. And, with this latest 1.3 update, we’ve made improvements to the AI itself—or what we call our Sound Separation Engine—and this has been a large focus in our 1.3 release,” continues Song. “In this latest upgrade, all of the different aspects of the engine are improved with the goal of further enhancing the separation of speech from noise. So, it’s a newer model, representing a major change that will allow for a cleaner, more natural, separation of sound, while also enhancing the noise reduction system. Its features are also more intelligently applied for the user. We’ve trained the system so it’s not just improving hearing in the most complex listening environments, but also so it can provide benefit even in less noisy places.”

A Counterculture Viewpoint for Accelerated Progress

Song says his team has adopted a somewhat “countercultural” view of the hearing industry, an industry sometimes mis-characterized as lacking product differentiation, with new launches that feature relatively small, incremental software-based improvements. “We disagree with that whole idea of having a static hearing aid. In fact, I think our team has come to see how much opportunity there is to make a better hearing aid,” he says. “And the Whisper Brain is a critical part of that story in changing hearing care. Looking at the last year, with the three upgrades we’ve introduced, what we’ve almost done is to create three new hearing aids.

“We disagree with that whole idea of having a static hearing aid. In fact, I think our team has come to see how much opportunity there is to make a better hearing aid.”

“As a company, we don’t believe that we’ve reached anywhere near the pinnacle of hearing aid sound processing. We feel like there’s a long way to go. Even if you look at our Sound Separation Engine, and how that changed in our 1.1 upgrade—which was our first upgrade in March 2021—we were able to make significant improvements early in Whisper’s development based almost entirely on what we had learned about the different listening environments and how hearing aid users were adjusting and optimizing performance in those environments. Not only were we able to take different [measures to change the AI and parameters/features], but we asked people to try it. The result was a lot of the daily conversations people encounter were dramatically improved by that upgrade—it was a big improvement after just a few months. Now with the 1.3 upgrade, we’re further improving our noise reduction model by providing better, clearer, more-natural speech, and increasing the contrast between speech and noise even more. Additionally, we’re going to be able to apply that processing in more environments, making it easier for patients to focus on their conversation partners. So, these are not small steps we’re taking; 1.3 is a big step, and what’s even more exciting is we see a lot more available on the horizon for us.”

A Hearing Solution that Learns from the Clinician and Wearer

Song says the ultimate goal of his team is to create a great experience for the hearing wearer. To achieve this, the wearers’ experience must be individualized for their needs, and he says that’s where the hearing care professional plays the key differentiator between providing a patient with a “hearing aid” versus a “personalized hearing solution.” He notes hearing care professionals often have different approaches to patient care, with varying styles of counseling, needs assessment, and fitting protocols, depending on their practice settings and preferences. “In this regard, I think what Whisper brings to the table is an approach not just for using AI and the technologies we employ, but really focusing on care in a way that’s more data driven. Also, from a company standpoint, this allows us to hold ourselves accountable to create outcomes that demonstrate true improvements in the lives of the users.”

As noted earlier, Whisper also departs from traditional hearing aids with its leasing payment system. Song says the company has recently simplified this process for hearing care professionals. “More broadly, I think hearing care professionals are coming to look at the Whisper Hearing System as a distinct product offering. This is really a new category of hearing aid. It is different. It gets better in a new way through the upgrades and its machine learning. It has a new type of performance because it’s a different type of device with the Brain, and users can wear it with or without the Brain’s help in processing. And it’s purchased using this different type of leasing model. We believe all of these things work together in harmony to provide a better, more attractive offering for both the patient and the hearing care professional. I think clinicians are coming to see the Whisper Hearing System as an entirely new offering and how it benefits their patients, how it improves outcomes, and ultimately how it can grow a business and a practice.

“If there’s any message I think hearing care professionals really need to understand is that we’re at a really exciting beginning for delivering better technology, better sound processing, better care, and better results for patients.”

“In the longer arc of Whisper, I think it’s impressive the amount of improvement and progress we’ve made in advancing a learning hearing aid that gets better in performance as you use it,” concludes Song. “And, on one level, I think we’re all really happy and proud that this has been a ‘cool idea’ that has worked. But, far more importantly, I think we’ve achieved new levels of customer satisfaction in terms of both the sound processing and customer support—including the new compatibility for many types of Android phones. All of this is really important for consumers and for professionals. If there’s any message I think hearing care professionals really need to understand is that we’re at a really exciting beginning for delivering better technology, better sound processing, better care, and better results for patients.”

About the author: Karl Strom is editor of The Hearing Review and has been reporting on hearing healthcare issues for over 25 years. 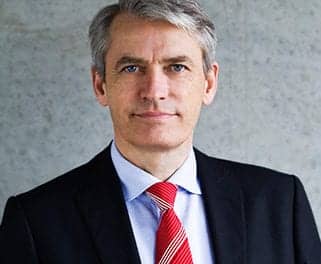 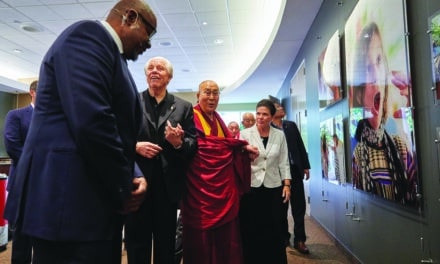 The Philosophy of Growth by Serving People’s Hearing Needs: An Interview with Bill Austin, Part 2