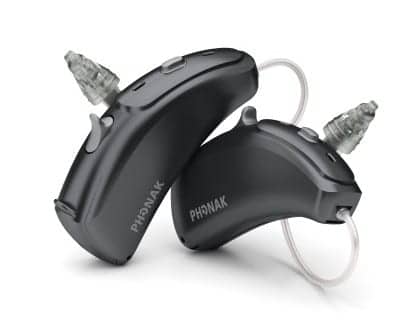 By Simone Ebbing and Hans Mulder

Phonak introduced SoundRecover with the first Naída in 2007, which offered a solution for restoring audibility of otherwise unaidable high frequency sounds. Since that time, the company says studies have shown increased detection, distinction, and recognition of high frequency sounds, better speech understanding, and significant improvement in intonation and overall voice quality among both adults and children.

However, for those with more extreme losses—including left-corner audiograms and ski-slope losses—users have not fully profited from SoundRecover due to the restricted audible bandwidth in which frequency compression could be applied. The new SoundRecover2 algorithm has now extended the bandwidth to allow addressing those needs. It is designed to restore the audibility of high frequency sounds while leaving intact the low frequency structures important for good sound quality. 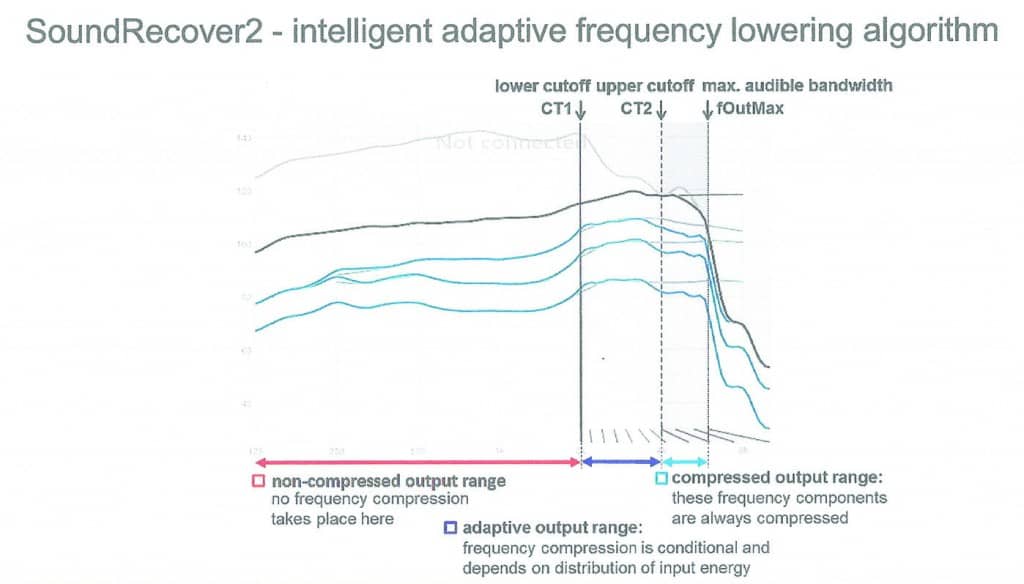 The significant difference with SoundRecover2 is that the extent of frequency lowering (ie, the area of protection and the starting point of compression) is not fixed, but is instead set adaptively as a function of the input signal (Figure 1).

This adaptive nature is realized by the use of two cut-off frequencies, where only one is active at any given moment. Based on the momentary energy distribution in the input signal, the system determines instantaneously which one of the two cut-off frequencies is applied. In this respect, the functional principle of SoundRecover2 is similar to that in SoundRecover; however it now switches automatically between two possible starting points of compression respectively— between a “lower” and an “upper” cut-off frequency.

When applied to speech signals, this strategy leaves vowels intact while allowing compression of important high frequency information in fricatives down to sufficiently low output frequencies (Figure 2). The adaptively determined starting point of compression ensures that input signal components are lowered to a high extent, only when they have significant high frequency energy. As a result, the lower cut-off can be set as low as 800 Hz, well below the current limit of 1,500 Hz, increasing the area of compression and allowing weaker compression ratios than possible with the original SoundRecover.

“As the manager of the validation team at headquarters in Switzerland, we heard a lot of positive comments about the difference SR2 made in our subjects’ ability to hear,” said Simone Ebbing, manager of validation. “They were especially excited about hearing sounds they were not able to hear before, such as birds and forest noises during a walk, the timer of an oven, or more details while listening.”

According to Phonak, other product advancements in the Naída V product line include two instrument models (SP and UP) which are one-quarter thinner than their predecessors. The Naída V housing is glass fiber reinforced, 60% more robust, and designed to be highly water and dust-resistant (IP68). 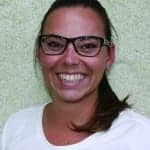 Naída V links to Roger wireless technology without extra programming, facilitating easier fitting for hearing care professionals, says Phonak. Additionally, research shows that users who combine Naída V with the Phonak Roger portfolio gain a powerful advantage: they are able to understand 62% more speech when using Roger in noise and over distance than people with no hearing loss.1 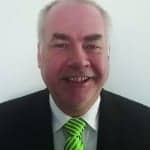 “The technology combination is designed to make hearing in everyday noisy situations so much less challenging, which is invaluable to so many users,” says Hans Mülder, PhD, an audiologist and director of marketing at Phonak Communications AG. “After all, these noisy environments are where life happens.”

More details on the new Naída aids and SoundRecover2 are available at: www.phonakpro.com 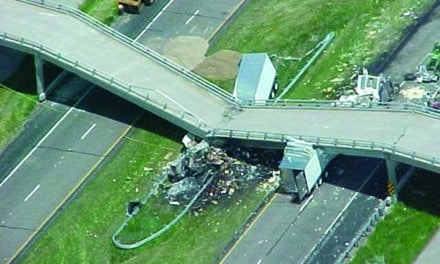