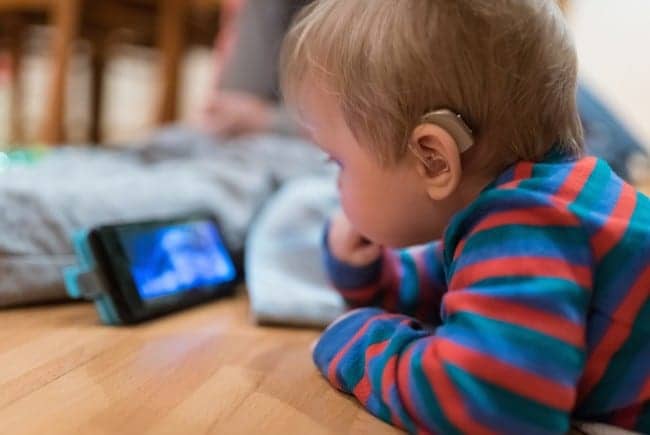 An Australian research study has shown how hearing technology is improving the lives of children with hearing loss. Research from the HEARing Cooperative Research Centre (HEARing CRC) in Australia has revealed that infants with hearing loss who are fitted with hearing aids and cochlear implants as soon as possible have better language and learning abilities.

According to HEARing CRC, its Longitudinal Outcomes of Children with Hearing Impairment (LOCHI) study is now into its 11th year and has assessed more than 400 children with hearing loss at 6- and 12-months after the switch-on of a hearing device, and then again at three, five, and nine years of age.

“Speech, language and functional skills assessments are non-invasive, and take about two to four hours to complete,” said Robert Cowan, PhD, chief executive officer of HEARing CRC. “Parents, caregivers and teachers are also asked to fill out questionnaires and report on the child’s developmental progress. It’s a bit like the ‘Up Series’ documentaries for hearing device fitting in children; we are planning to check in with them again at 15 and 22 years of age.”

Research evidence from the LOCHI study has shown how Australia’s management of hearing loss in newborns can make a substantial difference to what they can achieve later in life. It shows that early detection and early fitting of hearing technology to infants with hearing loss is beneficial for spoken language and psychosocial development over the first five years of life.

HEARing CRC reports that the LOCHI study has allowed information of this kind to be collected at a population level in a prospective manner for the first time. The evidence has been instrumental in shaping the national pediatric clinical program of Australian Hearing, the national provider of audiological services for children, in managing childhood hearing loss in Australia, and has contributed to guidelines for pediatric amplification internationally.

“We have already translated the evidence on the efficacy of early detection and early provision of hearing technology into clinical practice,” said Cowan. “The same research outcomes are also playing a valuable role in guiding clinicians’ counsel for families with children who have been recently diagnosed with hearing loss.”

Long-term follow-up of the LOCHI cohort has also revealed that many children with hearing loss had marked deficits in specific pre-reading skills. This finding highlighted the need for research into how to best target and support development of these skills in this group of children.

The LOCHI study is a joint endeavor between the National Acoustic Laboratories and HEARing CRC and is led by NAL’s Dr Teresa Ching; it is facilitated by the CRC’s broad membership, which includes multiple service organizations across Australia, many of whom are participating in the research. For more information about the LOCHI study, visit the research study’s website.