Durham , NC — A study published in the October 2010 issue of ORL, the Journal for Oto-Rhino-Laryngology, Head and Neck Surgery, found that only MED-EL users continued to improve as the listening condition became progressively more challenging. The study also found that only MED-EL users could still understand 50 percent of speech, even when noise was presented at levels louder than speech.

Cochlear Implant (CI) systems from MED-EL, Cochlear, and Advanced Bionics were included in the study

In a company press release, Darla Franz, MA CCC-A, director of education and corporate communications at MED-EL, commented, "This study is interesting because, by varying the background noise level, the authors were attempting to provide a more realistic measure for performance than studies where the level of presentation is left constant.” She added, “Looking at ‘real-life’ hearing environments can help determine which coding strategies are providing better speech understanding for our patients."

The study consisted of 55 postlingually deafened adults, who were an average of 55 years old (range 20-82 years), with a duration of CI use of 3.0 years (range 0.5-12.0 years). The average duration of deafness prior to surgery was 1.8 years (range 0.0-9.3 years). Only subjects with good performance in a fixed level test in noise were chosen for participation.

Eleven subjects each were tested with CI systems from MED-EL (Opus 2 processor), Advanced Bionics (Auria or Harmony speech processor), or Cochlear (Freedom or Esprit 3G speech processor). Subjects were tested using their normal everyday settings, and no attempts were made to optimize their fittings for the test method used in the study.

Prior to data collection, subjects were allowed to adjust their processor controls (volume, sensitivity, depending on the speech processor used) during a practice list of 10 sentences using 10 dB roving. If subjects did not use any additional features in the test, then the subjects did also not use these features in real life – reflecting every-day processor use. Subjects were not prohibited from enabling additional features on their processor.

In this study, the authors applied Speech Reception Threshold (SRT), a measure of how much noise a subject can tolerate and still understand 50% of speech correctly. The lower the SRT, the better speech perception in noise. Subjects were tested with an adaptive test regime where the presentation level of the speech signal roved by +/- 10 dB or +/- 15 dB.

The authors commented that the results as well as the variation in results are more representative of speech perception in everyday life than results obtained from fixed-level test methods, where presentation levels are left constant. Among all participants, SRT value ranged from -3.8 to 12.8 dB for the +/- 10 dB roving condition, with an average SRT of 2.3 dB (standard deviation: 3.6 dB). 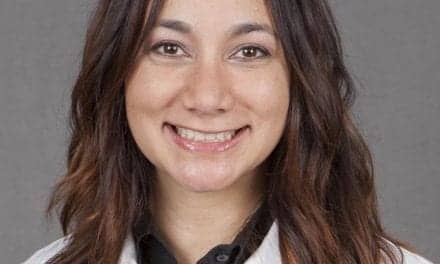