Dr. Hugh J. McDermott has been selected as the first recipient of the Callier Prize, a biennial award from The University of Texas at Dallas’ Callier Center for Communication Disorders. McDermott is the chair of the University of Melbourne’s Department of Auditory Communication and Signal Processing, as well as a leading researcher and designer of cochlear implant systems and digital hearing aids.

The newly established Callier Prize recognizes individuals for their leadership in fostering scientific advances and significant developments in the diagnosis and treatment of communication disorders. The award, which will rotate among the fields of audiology and speech and language pathology, includes a $10,000 prize.

Dr. Thomas Campbell, executive director of the Callier Center, described McDermott’s contributions as truly remarkable from an audiologist’s perspective, as well as from a patient’s perspective.

"The Callier Center is delighted to award the first Callier Prize to Dr. McDermott," Campbell said. "As a result of his work, we are able to provide the latest treatment methods and auditory equipment to our patients."

The call for nominations ended in February and produced a diverse group of candidates. Eleven distinguished researchers and practitioners in the field of audiology carefully reviewed each nomination according to the award’s criteria. Nominees had to have made significant contributions to improving the lives of people with communication disorders.

McDermott’s selection was based on his research, which has often led to the development of new or improved sound processing schemes for cochlear implants or hearing aids. He has published extensively, and he has received numerous patents in the United States and internationally that have improved the ability of cochlear implant users to understand speech.

"Dr. McDermott’s work truly speaks for itself," remarked Dr. Ross Roeser, chair of the Callier Prize’s selection committee. "Patients with severe-to-profound deafness from around the world are living happier and more productive lives as a result of his commitment to research focusing on improved technology."

McDermott will receive the award at a special one-day conference in his honor sponsored by the Foundation for the Callier Center at its Dallas location March 7, 2009. Local, state, national and international leaders in audiology, in addition to philanthropic supporters, community leaders and university officials are expected to attend.

About the Callier Center
The Callier Center, with locations in Dallas and on the University of Texas at Dallas campus in Richardson, is one of the nation’s preeminent educational, research and treatment centers focusing on communication and communication disorders.  The center is part of the university’s School of Behavioral and Brain Sciences.  In 2008, U.S. News & World Report ranked UT Dallas’ audiology program fourth in the nation and its speech-language-pathology program 12th, resulting in both programs being ranked in the top 5 percent nationally in their respective disciplines.

About UT Dallas
The University of Texas at Dallas, located at the convergence of Richardson, Plano and Dallas in the heart of the complex of major multinational technology corporations known as the Telecom Corridor, enrolls more than 14,500 students.  The school’s freshman class traditionally stands at the forefront of Texas state universities in terms of average SAT scores.  The University offers a broad assortment of bachelor’s, master’s and doctoral degree programs.

Source: University of Dallas at Texas 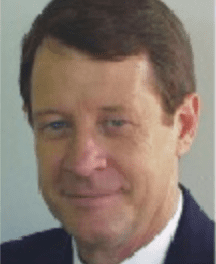