Are Hearing Aids the Answer to Reducing Stress and Improving Well-Being? 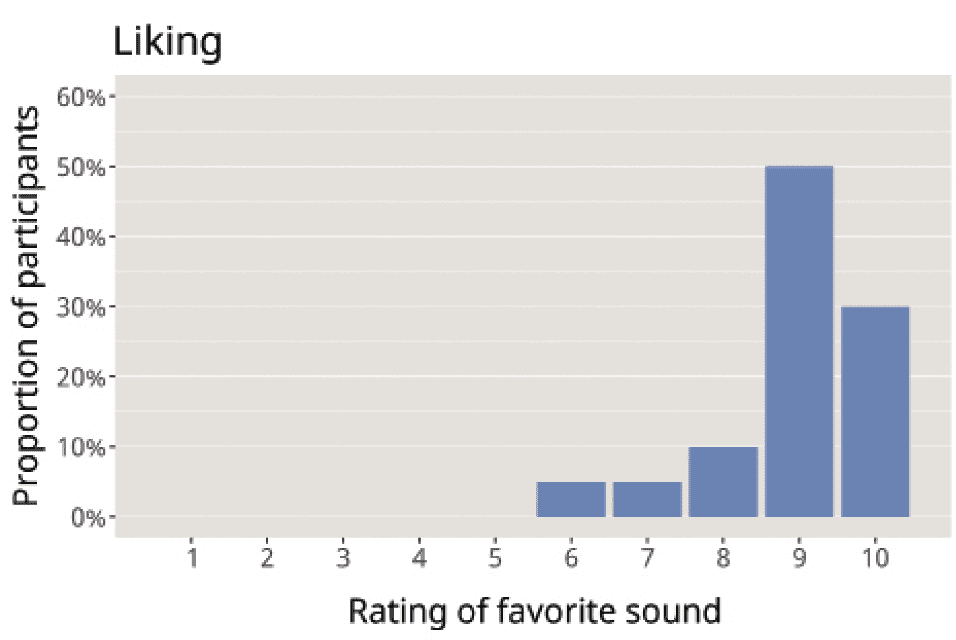 Widex SoundRelax is a new palette of fractal sounds to support well-being.

Based on a strong heritage in tinnitus relief, Widex SoundRelax offers new sounds generated in the hearing aid that combine unique fractal music with modulated wave-like sounds. This article reports a study showing the potential of Widex SoundRelax to support hearing aid users’ relaxation, concentration, and well-being. This is intended to combat stress and sustain health for users with and without tinnitus.

Widex has a long legacy of helping people who suffer from tinnitus, with the Zen fractal tones for tinnitus relief being available in all Widex hearing aids. Now, with Widex SoundRelax, the benefits of fractal tones are open to even more people. Widex SoundRelax is a new palette of fractal sounds that are intended to support relaxation, concentration, and well-being for all users.

Widex SoundRelax builds on the Widex Zen tones by using the same unique mathematical principles of fractals to create harmonic melodies that are familiar but do not repeat. Avoiding repetition is important for tinnitus treatment because predictability may decrease the effectiveness of the sound stimulus. The Zen tones are part of a broader approach to tinnitus management called Widex Zen Therapy, which also includes counseling, amplification, and relaxation techniques. A range of studies have shown how the use of hearing aids with Zen fractal tones as part of tinnitus management can induce relaxation and reduce tinnitus distress, awareness, and annoyance (for an overview of these studies, see Balslev 2017).1

Widex SoundRelax is the evolution of this unique fractal approach, expanding the choice of sounds with tones that are softer and with better binaural synchronization than the Zen tones. The Widex SoundRelax palette also includes modulated wave-like sounds, which may be used alone or in combination with the musical styles. All in all, Widex SoundRelax gives 14 options: six musical styles and two wave sounds, with the additional option of combining each musical style with a wave sound into a soundscape. In addition, the pitch and tempo of the musical styles can be varied for a completely tailor-made solution for the individual hearing aid user. The choice of styles is a crucial aspect of the solution since the benefits of music are known to depend on the music being chosen by the listener.2  The choice is made in Compass GPS 4.4 in collaboration between the user and their hearing care professional.

A key purpose of Widex SoundRelax is – as the name indicates – to help hearing aid wearers relax and reduce stress. This is based on the knowledge that music, particularly music with a slow tempo, low pitch, and no lyrics, can help reduce stress.2  These positive effects are seen both in ratings of subjectively perceived stress and in physiological markers such as heart rate or cortisol levels in saliva.3  Interestingly, there are indications that the effects of music on stress are most profound when the conscious purpose of listening is relaxation,4 something that the naming of Widex SoundRelax implicitly supports.

Given the severe consequences of stress both directly on the quality of life and on many health conditions such as cardiovascular5 or gastrointestinal disease6 and diabetes,7 a tool that can help reduce stress is obviously beneficial. And the benefits may be especially relevant for people with hearing loss because this, in itself, may be a source of psychological distress.8,9

Another purpose of Widex SoundRelax is to support focus and concentration. The research literature on this is less extensive than the research on music and stress, but there are several studies showing the benefits of listening to music on concentration and task performance.10,11  And we can, of course, also observe people around us who choose to listen to music while concentrating.

Twenty-two participants with and without tinnitus were recruited. Twenty participants completed the study. Nine reported having some degree of tinnitus, and eleven reported not having tinnitus. Although some participants did have hearing loss, this was not a prerequisite for participation, and the participants had to be able to perform the listening task while wearing headphones. The study included 12 different styles. One of these was Zen Aqua, which is the default and most frequently used of the Zen tones in Widex hearing aids. This was included as a baseline of comparison, ensuring that the new tones were rated at least as highly as the most frequently used of the Zen styles, which is important because Widex SoundRelax is an evolution of Zen.

The study aimed at using the sounds in a realistic setting by asking participants to listen to them using high-quality headphones while relaxing or while doing other tasks, depending on their preferences. Each participant got a link to the files in a separate random order. They were asked to listen to each sound for at least 10 minutes, filling in a questionnaire about that sound at the end. To keep the ratings distinct, the participants were asked to listen to a maximum of two sounds per day, with at least two hours between listening sessions. The questionnaire for each sound included questions on liking, relaxation, concentration, and well-being, all rated on 10-point scales.

We know from our own everyday experience that musical tastes differ widely. Similarly, it is seen in the research literature that the effect of music on stress depends on whether the music is self-selected.2 This makes it vital that Widex SoundRelax tones are chosen by hearing aid users themselves, and it also informs our analysis of the study results. Given the diversity of musical tastes and the fact that the styles are supposed to be selected by the individual, it does not make sense to consider all participants’ ratings of all styles. Although some styles do get higher average ratings than others, there is also a wide variation of ratings for all styles, with some participants rating them highly and others not. To reflect this, the analyses consider participants’ ratings of their favorite Widex SoundRelax style (ie, the style that each participant rated the highest among all sounds).

The first measure considered is liking, ie, participants’ responses to the question ‘How much do you like listening to the sound?,’ with response options on a scale from 1 ‘Dislike extremely’ to 10 ‘Like extremely.’ The use of these strongly phrased anchors for the response scale is motivated by the fact that part of the study’s purpose was to identify the best sounds from a broader range of candidate sounds. The results are displayed in **Figure 1,** which shows the percentage of participants who rated their favorite style in each of the response categories. The figure reveals that all responses were in the positive half of the scale, which means that all participants found a sound that they liked. Ninety percent of participants rated at least one sound in the top three categories of the scale (ie, a rating of 8, 9, or 10).

In addition to liking, the questionnaire also addressed the short-term effects of the Widex SoundRelax styles on relaxation, concentration, and well-being. The questionnaire asked, ‘How relaxing is the sound to listen to?’ ‘Does listening to the sound help you concentrate?,’ and ‘Does listening to the sound make you feel good?’ rated on 10-point scales with a response of 1 indicating ‘Not at all’ and 10 indicating ‘Very much.’ The responses are shown in **Figure 2**.

The most positive ratings are seen for relaxation in the left panel, where a full 90% of participants rate the relaxing effect of their favorite sounds at either 9 or 10 on the 10-point scale. Concentration ratings, shown in the middle panel, are a bit more spread out, which is in line with the everyday observation that not everyone likes listening to music while concentrating. The difference between relaxation and concentration is also in line with the fact that research shows a stronger link between music and relaxation than between music and concentration. Nonetheless, there is still a substantial proportion of participants who indicate that the sound helps them concentrate, with 95% of respondents giving a positive rating and 80% in the top three ratings.

Finally, well-being, in the right panel of Figure 2, shows all favorites rated at 6 or above, with 90% in the top three, despite the question being quite strongly phrased in terms of the sound making the respondent feel good.

An overwhelming majority indicate that the sounds help them relax, concentrate, and feel good, with between 80% and 95% giving ratings in the top three categories.

Figure 3 summarizes the ratings of favorite sounds in terms of all four parameters. We see mean ratings at a very high level, going from 8.5 for concentration to 9.2 for relaxation. In this way, the study firmly substantiates the purpose of Widex SoundRelax: the tones are well-liked, which is a prerequisite for them to work for the core purposes of relaxation, concentration, and well-being.

The diamonds show mean ratings of each participant’s favorite sound, with the whiskers showing +/-1 standard deviation around the mean. This firmly substantiates the purpose of Widex SoundRelax: the tones are well-liked, which is a prerequisite for them to work for the core purposes of relaxation, concentration, and well-being. Finally, the new Widex SoundRelax styles were compared to the Zen default style, Aqua. Mean ratings of liking for the new styles were significantly higher than for Aqua (p = 0.01), confirming that a broader selection of sounds can better satisfy the preferences of more individuals.

An important aspect when using tools like Widex SoundRelax and Zen to aid relaxation or provide tinnitus relief is that the sound quality of the hearing aid is optimal. Because many people with tinnitus have a mild-to-moderate hearing loss, the Widex PureSound program is particularly relevant, providing a sound that is free from the distortion found in other digital hearing aids,12 resulting in a more natural signal13,14 and a preferred sound quality.15,16  Improved sound quality for a mild hearing loss may make wearing the hearing aid more acceptable, which is beneficial because amplification is known to provide tinnitus relief.17  Therefore, both Widex SoundRelax and Zen styles may be implemented in the PureSound program for users with mild-to-moderate hearing loss and in the Universal program for those with more severe loss.

Stress is so prevalent in modern life that it is almost a cliché to mention prevalence – but, at the same time, it is exactly this prevalence, in combination with the severe consequences of stress, that makes it such an important issue to address. For hearing aid users, it may be even more important than for the general population, given the link between hearing loss and psychological distress.8,9 Relaxing sounds in a hearing aid may not stand alone in combating stress, but both the background research and the study results reported in this article confirm the potential of Widex SoundRelax to help users relax and experience a sense of well-being. Together with Widex Zen Therapy, Widex SoundRelax constitutes a comprehensive offering for hearing aid users with and without tinnitus to provide relief, support relaxation, enhance concentration, and ultimately improve well-being. 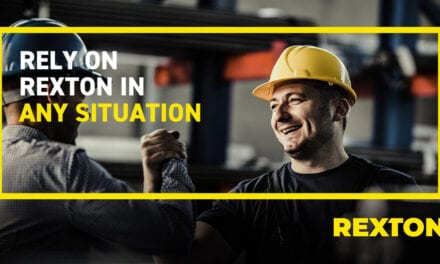 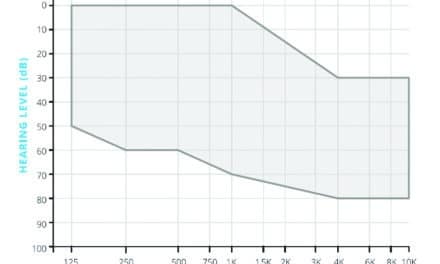 A 10-Year Review of the Earlens System, Part 3: What’s the Big Deal about Audibility and Broader Audible Bandwidth? 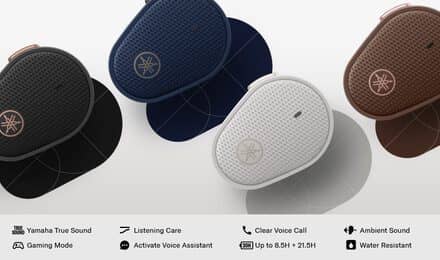