Olive Union announced the closing of a $7M Series B funding round. The round, led by Beyond Next Ventures, Bonds Investment Groups, and Japan Policy Finance Corporation, closes as Olive prepares to ship its new FDA-registered Olive Pro 2-in-1 wireless earbuds and smart hearing aids later this year. With the current round and cumulative $20M in lifetime funding, Olive says it plans to “expand beyond its existing hearing aids product line into new digital therapeutics for tinnitus and overall hearing health, and begin laying the foundation for its next generation of smart hearing technology.”

“Collective exposure to prolonged and nearby loud noises has put us in the middle of an unprecedented decline in global hearing health,” said Olive Union Founder and CEO, Owen Song.

“We started Olive to be the antithesis of an aging hearing aid industry that lacks innovation, but quickly learned that our biggest challenge was a lack of hearing health education,” said Song. “We’re dedicated to educating the general public in an easy-to-understand way on why they need to take their hearing health as seriously as their vision, heart, and gut health.”

Olive’s existing technology and future digital therapies “are and will be affordable, easy-to-use solutions for the majority of those with some degree of hearing loss,” the company says.

To learn more about the importance of hearing health and Olive Union’s technology, visit: OliveUnion.com. 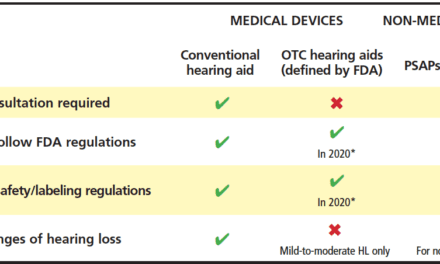