2006-05-23 Study Reveals More About Regenerating Ear’s Inner Hair Cells Researchers at Massachusetts General Hospital (MGH), Boston, reported that they successfully created a mouse model that allows them to build on earlier findings about the effect of deactivating retinoblastoma (Rb) protein that controls the growth and division of the inner ear’s hair cells, which convert sound vibrations to nerve impulses. The researchers also found that suppressing the Rb protein has different effects in specific parts of the inner ear. “In these first studies of the role of the Rb protein in the ears of postnatal mice, we have confirmed that—under the right conditions—mature hair cells can go through the cell cycle and produce new, functioning hair cells. But we’ve also confirmed that you need to block Rb reversibly and at an early stage of development, otherwise the hair cells will die,” says the study’s senior author, Zheng-Yi Chen, DPhil, of the MGH Neurology Service. Once damaged by excessive noise, infections, or toxins, for example, inner hair cells do not naturally regenerate in mammals, and their death accounts for most types of acquired hearing loss. All cells grow and divide through a process called the cell cycle, and many proteins have been identified that control different cell cycle phases. In 2005, Chen’s group published a paper in the journal Science, reporting that the Rb protein, known to suppress the cell cycle, could be important for halting the cell cycle in hair cells. The team used a genetically modified mouse strain in which Rb was no longer made in the inner ear. By examining the inner ears of mouse embryos—which had that strain and did not survive past birth—the researchers found more hair cells in the knockout mice than in the ears of normal mice at the same stage of development. The additional cells looked and functioned like normal hair cells and appeared to be actively regenerating. For the follow-up study, the researchers developed a new strain of inner-ear Rb-knockout mice that survive for up to 6 months past birth. Their investigation of the effects of Rb deletion on the hair cells of the inner ear uncovered differences between the auditory portion of the organ, which controls hearing, and the vestibular area, which is involved with balance. While the Rb-negative auditory hair cells in early postnatal mice are dividing and growing, the cells do not mature properly and eventually die, resulting in the mice becoming deaf by the age of 3 months. Vestibular hair cells, however, appear to grow and mature relatively normally and continue cell division even in mature mice. Adult Rb-knockout mice maintain some vestibular function, indicating that those hair cells are contributing to their sense of balance at the system level. “We’ve shown that vestibular hair cell regeneration may be achieved and may be less of an obstacle than auditory cell regeneration,” Chen said. “Now we need to find ways to create a similar system in the auditory cells, and this new model will help us better understand the mechanisms behind functional hair cell regeneration.” In 2005, Chen, an assistant professor of Neurology of Harvard Medical School, was named to the Scientific American 50, the magazine’s annual list of outstanding leaders, for this continuing research project. Chen said researchers will next develop a transient, reversible block of Rb function to assess its role in both types of hair cell. The research was supported by grants from the National Institutes of Health, the Howard Hughes Medical Institute, and a Pfizer/AFAR Innovations in Aging Research Grant. The findings, which are receiving early online publication, will be reported in an upcoming issue of Proceedings of the National Academy of Sciences. http://www.pnas.org/cgi/content/full/103/19/7345?maxtoshow=&HITS=10&hits=10&RESULTFORMAT=&fulltext=hair+cells&searchid=1&FIRSTINDEX=0&resourcetype=HWCIT 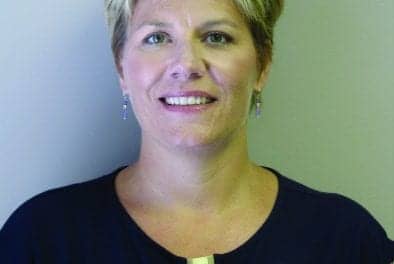